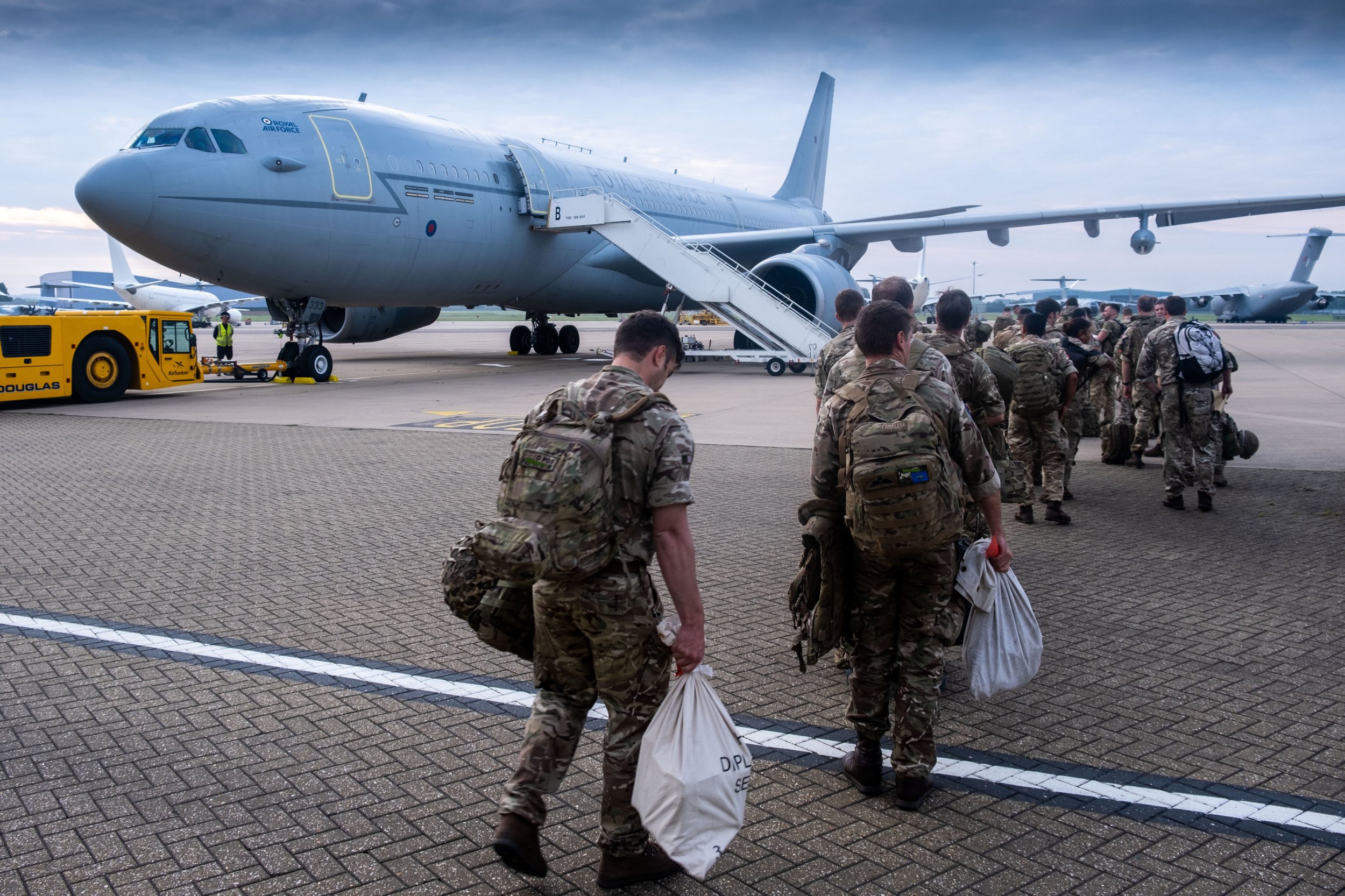 The Taliban are reportedly just seven miles from the capital as Afghanistan’s rapid descent into civil war continues.

Islamist fighters have this morning arrived at a district within walking distance of Kabul, according to a local witness.

The feared group were removed from power after international forces invaded the country in 2001, but recent weeks have seen a stunning resurgence.

The balance of power in the country shifted when foreign troops began to be withdrawn this summer, with Afghan security forces seemingly powerless to stop the advance despite 20 years of assistance and billions of dollars in aid.

President Joe Biden is pressing ahead with a withdrawal plan agreed with the Western-backed Afghan government under the Trump administration to wind down military operations by August 31.

In the last few hours, Afghan president Ashraf Ghani has revealed he is in talks with local leaders and foreign powers about the rapid advance and defiantly said he will not give up two decades of ‘achievements’.

Addressing the troubled nation on television, he quashed resignation rumours and said: ‘As your president, my focus is on preventing further instability, violence and displacement of my people.’

The Taliban captured all of Logar and detained its provincial officials, Hoda Ahmadi, a lawmaker from the province, told reporters on Saturday.

She said the Taliban have reached the Char Asyab district, just 11 kilometers (7 miles) south of the capital, Kabul.

Other reports coming out of the region but fighters with 40 miles the city.

The US has sent 3,000 troops to evacuate its embassy staff and an infantry brigade combat team has been restationed in Kuwait to provide rapid security for Kabul ‘if needed’, according to the Pentagon.

Hundreds of British paratroopers have been sent to help secure diplomatic operations and get British citizens out amid fears the collapse of Kabul could be imminent.

Lord Dannat, former head of the British Army, has today warned Afghanistan is facing a ‘tragedy in the making’.

He told the BBC: ‘It is okay to extract our British citizens. What about mounting a humanitarian operation in Kabul to look after some of the refugees, to build some camps, bring in some humanitarian supplies?

‘At least let’s show to the Afghan government we are not completely abandoning them and that we still stand side by side with them. It is quite possible to do that.’

Sir Keir Starmer has today urged Boris Johnson to seek an urgent meeting of the United Nations Security Council to discuss the worsening situation in Afghanistan.

On Friday, Prime Minister Boris Johnson ruled out any further military engagement with the Taliban

He said: ‘It is very difficult obviously, but I think the UK can be extremely proud of what has been done in Afghanistan over the last 20 years.

‘I think we have got to be realistic about the power of the UK or any power to impose a military solution – a combat solution – in Afghanistan.

‘What we certainly can do is work with all our partners in the region around the world who share an interest with us in preventing Afghanistan once again becoming a breeding ground for terror.’

Former UK minister Rory Stewart, who was governor of part of Afghanistan after the invasion, has slammed London and Washington for its response.

He said: ‘This is a horrifying group associated with terrorists, they have been backing suicide bombing in the areas they control, women are not going to school and it is a total betrayal by the United States and the United Kingdom.’