A confidential meeting and a council backflip: Why City of Melbourne CEO is leaving immediately

The former chief executive of Melbourne City Council has been replaced after the council reversed a decision to keep him in his role until the end of the year even though he had resigned.

Justin Hanney has been under investigation by the council’s CEO employment matters committee since July after he solicited $35,855 in an online fundraiser via the Australian Sports Foundation to crew and equip a yacht to compete in the Sydney to Hobart race. 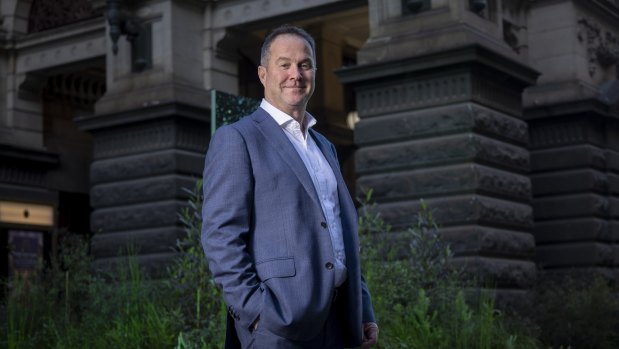 A donations investigation into Justin Hanney is ongoing.Credit:Wayne Taylor

The fundraiser included two anonymous donations worth $4545 and $9090 for the yacht, which is co-owned with Nick Foa, former head of transport services at the Victorian Department of Transport. Foa resigned last month following a separate internal probe into his behaviour by the state government.

Hanney, who was appointed to the role in 2019, announced his resignation last week. The council said at the time he would stay on in the role for a transition period until December.

But in a confidential council meeting on Tuesday night, councillors appointed Alison Leighton as acting CEO effective from Wednesday, reversing the plan laid out last week.

“At the time of his resignation, Justin generously offered to work until the end of the year to allow for an orderly transition of leadership,” a council spokeswoman said.

“After working through transition arrangements this week, council has decided to move forward and appoint Alison Leighton as acting CEO effective from today – so the organisation has stability to continue its momentum, deliver for the community and lead Melbourne’s revitalisation.

“A number of significant projects require consistent leadership and decision-making over the coming months to set the organisation up to deliver for Melburnians in 2023 and it was determined that the transition should begin this week.

“The lord mayor and councillors thank Justin Hanney for his significant contribution as CEO since 2019 and wish him all the best for the future.”

Hanney was paid between $510,000 and $519,999 a year – a higher salary than Premier Daniel Andrews. The council spokeswoman refused to say whether Hanney would remain at the council in any other capacity until the end of year, or when an outcome of the fundraising investigation would be released.

“The CEO employment matters committee review is under way and will provide its final report to council as soon as practicable,” she said.

When the donations were first uncovered, Hanney said he did not declare it to the council as he believed his interest in sailing and the race team were unrelated to his job as council chief.

Hanney returned $33,752 to the Australian Sports Foundation but the foundation said it was unable to return the funds to donors as they were non-refundable.

Hanney raised eyebrows last week when he said in his resignation statement “whilst the CEO employment matters committee report is yet to be finalised, there is no suggestion of inappropriate decision-making”.

It is unclear how Hanney became aware of the outcome of the report before its publication.

Lord Mayor Sally Capp and her spokeswoman declined to comment.

Last week when asked by The Age about the chief executive’s absence from a council meeting, Capp said Hanney had a “family engagement” the night before and was continuing as chief executive.