Washington: President Joe Biden plans to call on world leaders to collectively donate one billion COVID-19 vaccines with the aim of inoculating 70 per cent of the world in the next year as many countries are struggling to obtain shots.

The US will also call for the donation and delivery of one billion test kits by 2022 and an acceleration of a previously announced pledge of 2 billion doses, according to an invitation to a vaccine summit to be hosted by Biden next week that was obtained by Bloomberg News. The document describes them as “draft targets.” 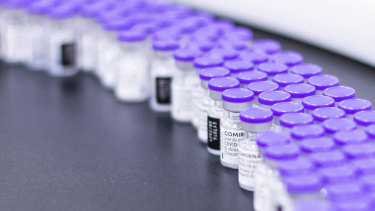 Vials of the Pfizer vaccine.Credit:AP

Biden planned the summit next week to coincide with the leaders’ sessions of the United Nations General Assembly, which Biden will attend on September 21.

The vaccine push comes as Biden looks to ward off international criticism of his plan to start giving booster shots this month — offering third doses to Americans while many around the world have yet to receive their first. The head of the World Health Organisation has called for boosters to be deferred until next year.

Biden’s plan would start Monday if regulators give it a green light.

Biden previously pushed for a joint pledge of a billion doses at the Group of Seven summit in June, with the US promising to deliver half. The bloc only agreed to a smaller commitment of 613 million new doses. 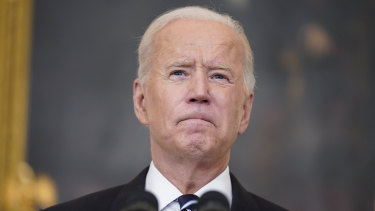 US President Joe Biden is calling for a billion doses of vaccine.Credit:AP

Biden is also urging India to resume vaccine exports more quickly, according to a report in Axios. India, which has said it doesn’t plan to send doses abroad before 2022, is a major vaccine producer but halted exports earlier this year when it faced a surge of domestic infections.

The Biden administration plans to brief stakeholders later on Tuesday on its plans, two people familiar with the matter said. The White House didn’t respond to requests for comment.

Some countries and advocates are urging the US to loosen intellectual property protections around vaccine production, or to facilitate technology-transfer agreements to expand manufacturing.

“The Biden summit’s targets don’t require much of anything from pharma corporations, but rather would increase payments to them to do more of what they’re already doing, which is monopolising and limiting and supply,” Wallach said.