1.3million UK families had NO savings before the cost-of-living crisis

1.3 million British families had NO savings even before the cost-of-living crisis struck

Around 1.3 million families in Britain had no savings before the cost-of-living crisis struck, a think-tank has said.

Now, some will be pinning their hopes on friends or family to help them make ends meet, while others believe they will simply be unable to cope, according to research from the Resolution Foundation.

It said that in the period running up to the outbreak of Covid in the UK, nearly half of families had savings worth less than a month’s income.

Around 4 per cent – 1.3 million families – had no savings at all, the think-tank said.

Molly Broome, economist at the Resolution Foundation, said: ‘Britain’s huge wealth divides mean that around 1.3 million families, particularly those on low incomes, entered the pandemic without any savings. 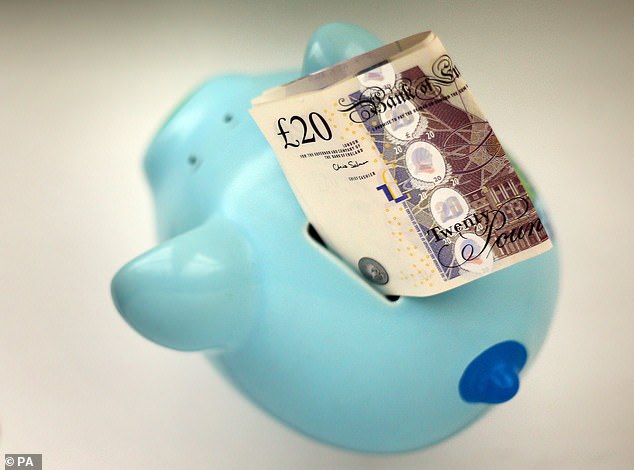 Around 1.3 million families in Britain had no savings before the cost-of-living crisis struck, a think-tank has said (file photo)

‘With many of those families unable to save during lockdowns, they are now approaching the biggest cost-of-living crisis in a generation with no financial buffer.

‘Families with no savings are hugely reliant on friends and family to cope with unexpected expenses.

‘However, there’s no guarantee that they’ll be in a position to provide support – because surging energy bills will affect almost all households during the difficult winter to come. As a result, anxiety levels among families with no savings safety net are far higher than those with savings to fall back on.’

The Government has previously unveiled a package of cost of living support.

A spokesperson said: ‘We understand that people are struggling with rising prices which is why we have acted to protect the eight million most vulnerable British families through at least £1,200 of direct payments this year with additional support for pensioners and those claiming disability benefits.

‘Through our £37 billion support package, we are also saving the typical employee over £330 a year through this month’s national insurance cut, allowing people on universal credit to keep £1,000 more of what they earn and cutting fuel duty by 5p – the biggest ever cut to fuel duty rates which saves a typical family £100.’

Households will receive a £400 discount on their energy bills from October.

The Resolution Foundation’s Wealth Audit 2022 is its third annual report. Produced in partnership with the abrdn Financial Fairness Trust, it will be published on Wednesday.