The Prime Minister is understood to have wanted to appoint either Foreign Secretary Liz Truss to run the Treasury or Home Secretary Priti Patel, both of whom would have been willing to deliver rapid tax cuts in a bid to win back support from the Tory backbenches.

But, it is understood that with both senior women in his government already pledging support Mr Johnson found himself in a stand off with Zahawi who was threatening to follow Rishi Sunak, the man he is now replacing, and former Health Secretary Sajid Javid out of the door.

Sources have said that Mr Zahawi told the Prime Minister he would only stay if he was given the job of Chancellor to turn the country’s finances around.

Following a meeting of more than an hour the former businessman , who founded the Yougov polling company, has left Downing Street as the second most powerful man in the Government.

Mr Zahawi, who won many plaudits as vaccine minister and was education secretary, is known to have eadership ambitions.

He was planning on considering whether to resign overnight before being called in by the Prime Minister over concerns that he had not pledged loyalty.

A source involved with his leadership team said: “He should have walked, this government is finished but he obviously hopes he can turn things around enough.”

An MP said: “Nobody really knows what Zahawi stands for.”

Another added: “I would have preferred Liz [Truss] because she is sounder on economics.”

Meanwhile, Ms Patel has wanted the Chancellor job for many years and believed she was in with a chance according to several sources.

She was being championed by the Prime Minister’s chief fixer David Canzinii behind the scenes, it has been claimed. 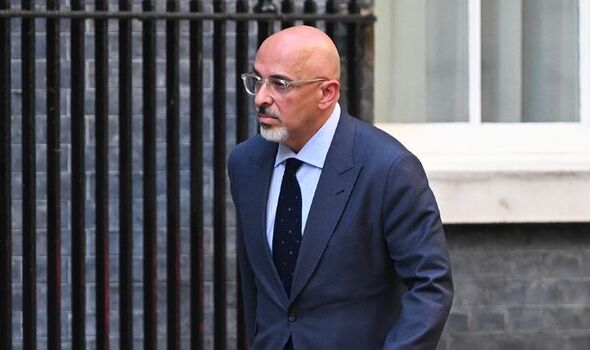 But with his position as Prime Minister tonight hanging by a thread Mr Johnson could not afford to lose a third cabinet minister after Mr Sunak’s angry resignation along with Mr Javid.

Meanwhile, a relative unknown Michelle Donelan is the new secretary of education, replacing Mr Zahawi’s old role as the Prime Minister shores up his Government.