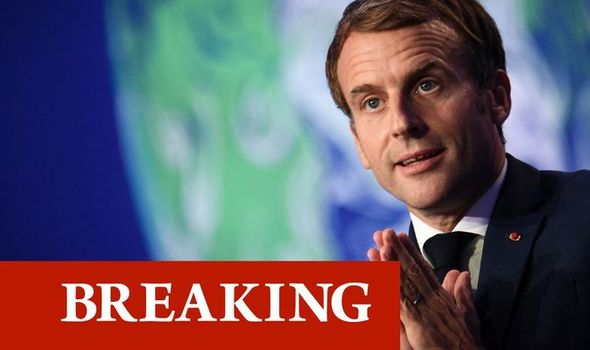 The French President backtracked on his threat just hours after saying he was ready to press ahead with retaliatory measures against Britain., saying he wanted to give negotiators time to find a solution.

France had earlier said that, starting from 2300 GMT on Monday, it would restrict cross-Channel trade, threatening to turn bickering over fish into a wider trade dispute between two of Europe’s biggest economies.

Mr Macron, who earlier on Monday met British Prime Minister Boris Johnson on the sidelines of the United Nations climate conference in Glasgow, told reporters the French plan was on hold pending the outcome of renewed talks.

He told reporters: “Since this afternoon, discussions have resumed on the basis of a proposal I made to Prime Minister (Boris) Johnson. The talks need to continue.”

“My understanding is that the British were going to come back to us tomorrow with other proposals. All that will be worked on. We’ll see where we are tomorrow at the end of the day, to see if things have really changed,” he said.

“My wish is that we can find a way out on all these issues.”

Earlier on Monday, Britain gave France 48 hours to back down from the threat of sanctions or face legal action under the Brexit trade deal.