‘Why not?!’ Ferrari lays into Mick Lynch as RMT boss admits pay offer not put to workers

LBC’s Nick Ferrari clashed with the trade union leader over the manner in which rank and file members of the RMT are not given a say on whether to expect the latest offer put on the table by rail bosses. Mr Lynch admitted the vast majority of RMT workers do not get a vote on whether to accept the latest offer which his union has rejected outright as not matching the rail strikers’ demands.

Mr Ferrari asked the RMT Union General Secretary: “Mr Lynch, but why would you not allow the entire membership to vote on it?

“Because it comes nowhere near meeting the demands in the dispute,” answered Mr Lynch.

The LBC host pressed: “Well, is this out for the railway worker to decide?

“Isn’t that for the man or woman working on the railways risking his or her life working in the snow and the cold and the rain? Isn’t it for him or her to decide?”

Mr Lynch replied: “We’ve conducted a vote for our members on what the demands in the dispute are and that’s about getting a cost of living pay rise, we haven’t had an offer that matches that.” 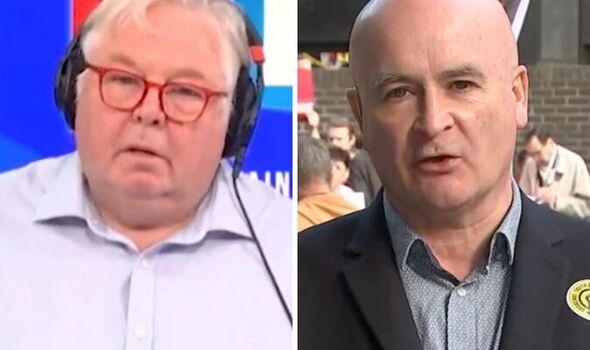 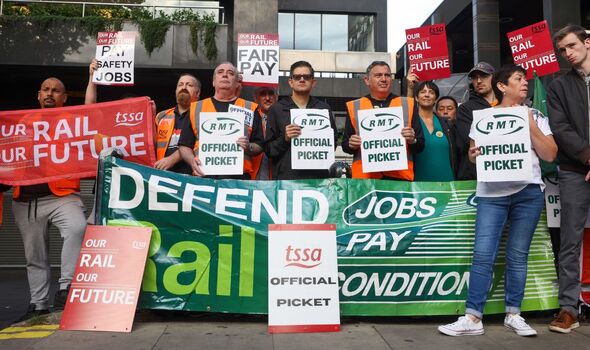 The RMT union said it had received an offer of a 4 percent rise, followed by a possible 4% the following year dependent on staff accepting changes to their contracts.

Inflation in Britain is running at a 40-year high and is expected to reach double digits later this year, driven by surging fuel and food prices.

Soaring inflation and more than 10 years of stagnant real wages have triggered Britain’s worst cost-of-living crisis since records began in the 1950s, exacerbating labour tensions across sectors including postal services, health, schools, airports, and the judiciary.

It has also become a point of contention in the race to replace Boris Johnson as prime minister, with the final two candidates, Liz Truss and Rishi Sunak, vowing to crack down on strike action.

The Government last week changed the law to make it easier for businesses to use temporary staff to minimise the impact of strike action.

Mr Lynch said has union members were more determined than ever to secure a decent pay rise, job security, and good working conditions.

He said: “Network Rail have not made any improvement on their previous pay offer and the train companies have not offered us anything new.

“In fact, Network Rail have upped the ante, threatening to impose compulsory redundancies and unsafe 50 percent cuts to maintenance work if we did not withdraw our planned strike action. 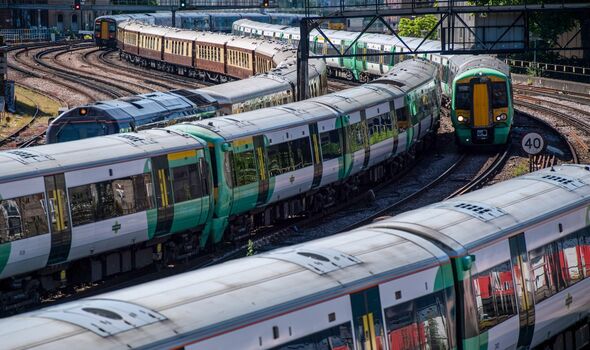 “Today, union bosses are once again trying to cause as much disruption as possible to the day-to-day lives of millions of hardworking people around the country,” he said.

“What’s more, it has been cynically timed to disrupt the start of the Commonwealth Games and crucial Euro 2022 semi-finals, in a deliberate bid to impact the travel of thousands trying to attend events the whole country is looking forward to.

“This country’s taxpayers stumped up £600 per household to ensure not a single rail worker lost their job during the pandemic, but many of those very same people will be forced into losing a day’s wages through no fault of their own but because of stubborn union leaders’ refusals to modernise.

“Union bosses will claim they’re willing to do a deal but how can anyone take them seriously when, earlier this month, the RMT dismissed a Network Rail offer worth 8% over the next two years without even consulting their members.

“Unfortunately, it’s too late to call off today’s damaging strikes but I urge the RMT, and indeed all unions, to stop holding the country to ransom with the threat of further industrial action and get off picket lines and back round the negotiating table. If not, we risk passengers turning their backs on the railway for good.”

READ NEXT:
Disability blue badges rejected in popular EU destinations
South Korea’s strategy could trigger nuclear war with North Korea
‘Arrogance and hubris is staggering’ Meghan savaged over move to US
Queen has NEVER lived in most important home due to Princess Beatrice
‘Poison running in blood’ Harry sparks fears