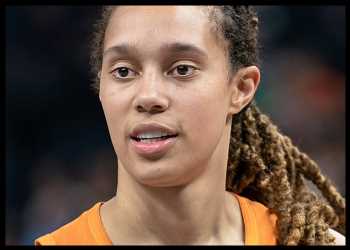 A Russian court has rejected an appeal by Brittney Griner, the WNBA star who has been detained in Russia on drug charges since February, over her jail term.

Brittney, who plays center for the three-time WNBA Champion Phoenix Mercury, was detained in a Moscow airport in February on allegations that cartridges containing hashish oil had been found in her luggage. She had been entering the country to play for the Russian women’s professional basketball team, UMMC Ekaterinburg, in the Russian Premier League during the WNBA off-season.

Her lawyers said Griner only uses cannabis medically and unintentionally packed the cannabis canisters in her suitcase because the professional athlete was in a hurry.

At the end of her trial in August, a court in the town of Khimki found her guilty. She was sentenced to 9 years’ imprisonment and fined one million rubles ($16,590).

Her appeal against this decision was rejected at a hearing on Tuesday at a court outside Moscow, where Griner spoke via video link from a detention center.

The state prosecutor called the sentence “fair.” The double Olympic winner will be sent to a penal colony to serve the rest of her jail term.

The U.S. Government condemned the “sham judicial proceeding” in the Russian court.

National Security Advisor Jake Sullivan revealed that in recent weeks, the Biden Administration has continued to engage with Russia through every available channel and make every effort to bring home Brittney as well as to support and advocate for other Americans detained in Russia, including fellow wrongful detainee Paul Whelan.

“The Administration remains in regular touch with representatives of the families, and we continue to admire their courage in the face of these unimaginable circumstances,” he said in a statement.

Responding to a reporter’s question about what will be his next move now that Brittney Griner lost her appeal, President Joe Biden said, “We are in constant contact with Russian authorities to get Brittney and others out. And so far, we’ve not been meeting with much positive response. But we’re not stopping”.