On Tuesday, Liz Truss spent her first hours as Britain’s leader dealing with foreign affairs, as she spoke with both President Zelensky and President Biden. She spoke about Vladimir Putin with both leaders, as she discussed the current energy crisis that Europe faces, and has pledged Britain’s “assistance for the long term” in the Ukraine war.

The newly appointed Prime Minister made her first call to Ukraine’s President Zelensky, in which she told him “Ukraine could depend on the UK’s assistance for the long term”.

During the phone call, Ms Truss also criticised Russian leader President Putin for his attempt to weaponize energy, and said it was “vital Russia’s blackmail did not deter the west from ensuring Putin fails”.

A Downing Street spokesperson stated that Ms Truss was “delighted” to accept an invitation to visit Ukraine in the near future, and Ukraine’s President stated the two leaders would have a “profound and productive relationship”.

He said: “It is very important that Great Britain retains a leadership role in consolidating the free world and protecting freedom.” 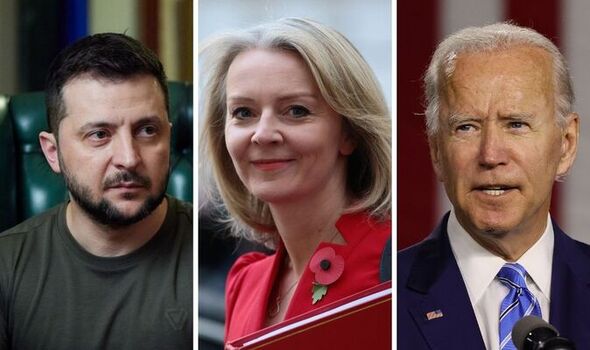 Prime Minister Liz Truss made a call to President Biden on Tuesday evening in order to discuss “the extreme economic problems caused by Putin’s war”, according to a Downing Street spokesperson.

The leaders also reflected on the “enduring strength” of the relationship between the US and Britain.

The spokesperson stated: “They agreed that the partnership between our countries, fortified by our shared values, has been crucial for defending and advancing freedom and democracy in the world.”

A statement from the White House has said the two leaders also discussed their commitment to helping Ukraine in order to “defend itself against Russian aggression”. 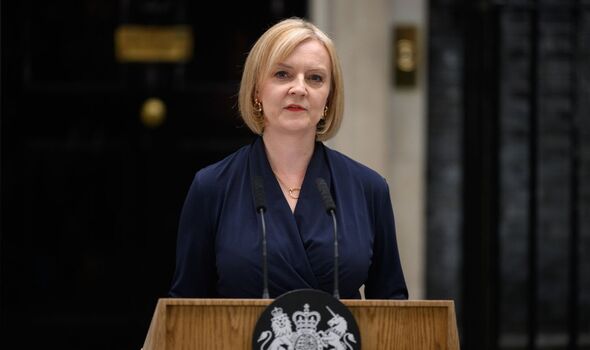 The White House also said President Biden and Prime Minister were committed to a “close cooperation on global challenges” such as “challenges posed by China, preventing Iran from ever acquiring a nuclear weapon, and securing sustainable and affordable energy resources”.

The leaders also spoke about Northern Ireland, as the White House stated the leaders discussed their “shared commitment” to protecting the Good Friday Agreement and they also agreed on “the importance of reaching a negotiated agreement with the European Union on the Northern Ireland Protocol”.

Northern Ireland currently has a caretaker Government in place as the Democratic Unionist Party (DUP) has said it would not allow the formation of a new Government unless Brexit changes are made to the protocol.

Ms Truss is reportedly planning a trip to Dubin in the near future to tackle the trade dispute.

President Biden in the past has warned he would not consent to a US trade deal if Brexit interfered with the Good Friday agreement.

Leaders across the world have congratulated the newly appointed Prime Minister.

German Chancellor Olaf Scholz wrote on Twitter he was “looking forward to our cooperation in these challenging times.”

He added: “The UK and Germany will continue to work closely together – as partners and friends.”

Japanese Prime Minister Fumio Kishida sent his “best wishes” to Ms Truss and wrote: “I have high expectations that you will lead the UK with strong leadership.”

Sweden’s Prime Minister Magdalena Andersson accidentally tweeted her congratulations to a member of the public instead of the Prime Minister.

A Twitter account which appears to belong to a woman named Liz Trussell, has been mistaken as Prime Minister Liz Truss in the last few days.

Ms Trussell jokingly responded to the Swedish leader by writing: “Looking forward to a visit soon! Get the meatballs ready.”