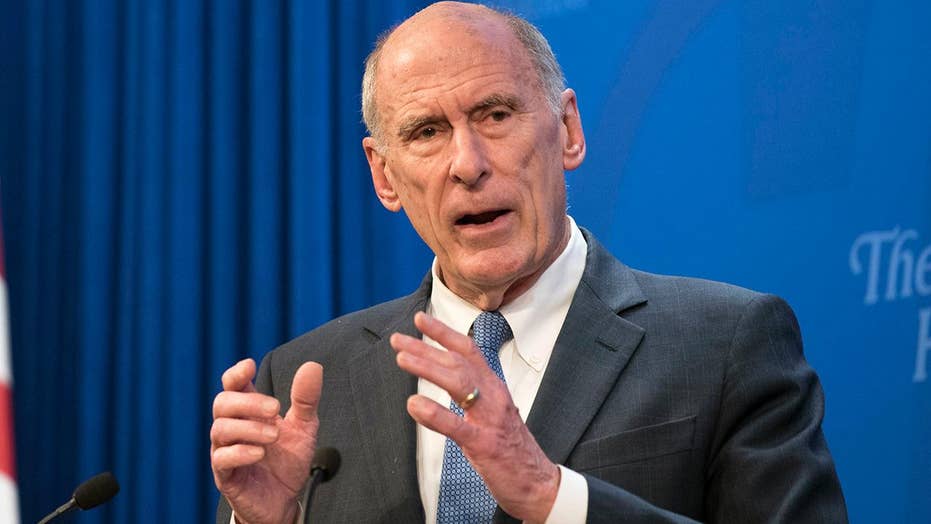 Sources told Fox News that Trump spoke to two people in the past week about the job. Among the candidates he is considering are Gen. Joseph Dunford, chairman of the Joint Chiefs of Staff, and Fred Fleitz, who previously served as chief of staff to National Security Adviser John Bolton.

TRUMP AT WAR WITH HIS OWN INTEL CHIEFS AS DIVIDE DEEPENS

Trump raised the possibility of the job with Fleitz as far back as February and asked if he was interested but did not offer it to him officially. It's unclear how many other potential candidates may be in the mix.

According to Axios, which reported that Trump is “eager” to remove Coats, Coats angered the president when he appeared to criticize his relationship with Russian President Vladimir Putin in an interview with NBC’s Andrea Mitchell.

He also told a Senate panel in January that North Korea was unlikely to give up its nuclear weapons, contradicting predictions by the president. A source told Axios that Trump privately believes the ODNI is an unncessary bureaucratic layer and would like to "downsize" the office.

In a statement to the outlet, Coats expressed frustration at the reports.

“I am focused on doing my job, and it is frustrating to repeatedly be asked to respond to anonymous sources and unsubstantiated, often false rumors that undercut the critical work of the Intelligence Community and its relationship with the President,” he said.

“I am proud to lead an IC singularly focused on the vital mission of providing timely and unbiased intelligence to President Trump, Vice President Pence and the national security team in support of our nation’s security," he said.

US Election 2020: Why is the Supreme Court so important in US politics?

The United States Gets Its Crypto Back from Two Russian Hackers

Ivory Coast opposition calls for protests to stop Ouattara's third term bid
We and our partners use cookies on this site to improve our service, perform analytics, personalize advertising, measure advertising performance, and remember website preferences.Ok