Boris Johnson warned 'more to come' amid leaks by Fleming

Cabinet Secretary Simon Case told a committee of MPs that the length of time that had passed since details of the second lockdown slipped out of Downing Street meant his investigation was struggling to find the culprit. His remarks come after former No10 adviser Dominic Cummings denied being the source of the leak. Mr Case frustrated MPs on the Commons Public Administration and Constitutional Affairs Committee by declining to answer a series of detailed questions about the leak inquiry.

The Civil Service chief said: “I hope the committee will understand I’m very constrained in what I can say, given the security classification of the exercise. What I can say is the investigation is ongoing and this is a clear indication that the source or sources haven’t been identified.”

He also said he hoped the inquiry would take “weeks rather than months.”

Pressed to give a more specific timescale, he said: “These investigations are complex, different strands to pursue, but I think it will not be long now before the House can hear of the conclusions.”

The scandal emerged following the row about David Cameron’s paid lobbying for finance firm Greensill Capital. Mr Case admitted a “pretty extraordinary set of circumstances” existed before he was hired as Cabinet Secretary. 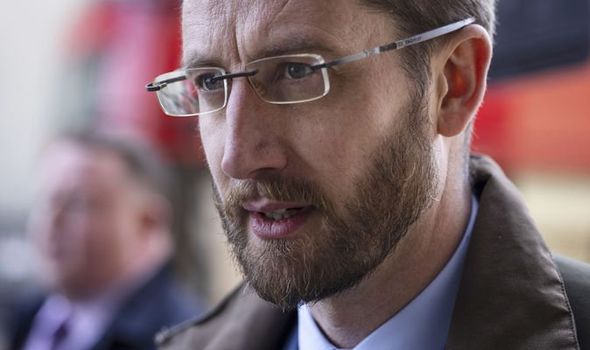 He added: “We cannot explain how these decisions were taken or why. That’s why they are of acute concern.”

He has now ordered all permanent secretaries to set out the outside interests of civil servants in the wake of the case.

In a letter to committee chairman and Tory MP William Wragg, the Cabinet Secretary said he was “aware of fewer than 100 senior civil servants who hold paid employment alongside their civil service role”. Examples included “tutoring or fitness instruction” and permanent secretaries had found no conflict with the civil service code.

Darren Tierney, director general of propriety and ethics in the Cabinet Office, told the committee that it was “unclear” whether Lex Greensill, the founder of Greensill Capital, had been a Downing Street adviser.

He said: “He wasn’t a special adviser – his exact status is unclear.”