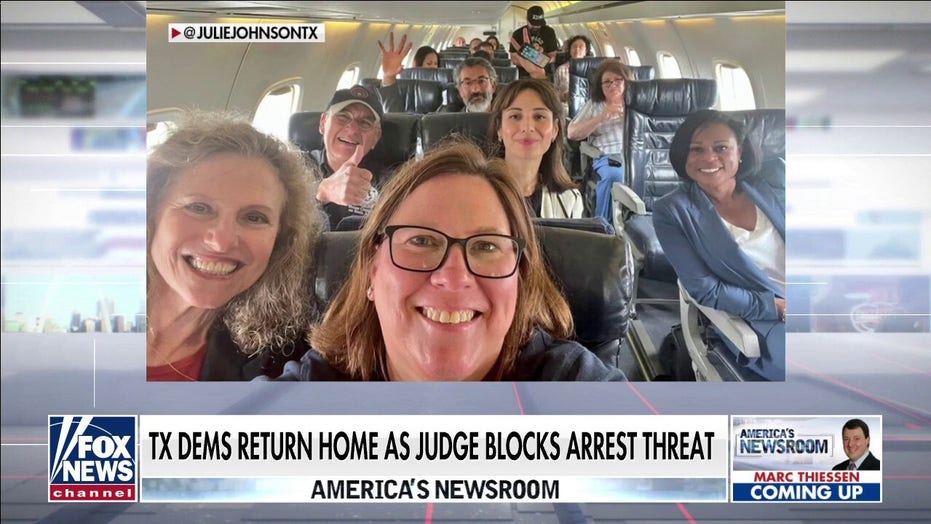 Clay Travis on Texas runaway Dems: ‘They humiliated themselves,’ accomplished nothing

Texas Democrat Gene Wu, one of 52 state lawmakers facing arrest for fleeing the state, temporarily avoided apprehension after challenging the legality of his arrest warrant in court.

Texas district court Judge Chris Morton on Wednesday granted the Houston representative a “writ of habeas corpus,” which essentially allows Wu to remain free until the court determines whether the civil arrest warrants for the Texas lawmakers are legal, the Houston Chronicle reported.

Wu was among dozens of Texas Democrats who fled their jobs at the state capitol for Washington, D.C., to avoid voting on new GOP-backed election legislation.

“This is a reminder to Gov. Abbott that we still live in a democracy,” Wu said, the Chronicle reported. “We will do everything we can to make sure the right to vote is protected for all Texans.”

When asked whether he has any plans to return to Austin, Wu responded, “Hell no.”

Wu endured mockery last month over a social media post where he referred to himself as a “fugitive” while posting a picture of a salad and misspelling the word “first.”

“My fist [sic] meal as a fugitive,” Wu tweeted, with a picture of a Caesar salad and Coke Zero. “Delicious.”

The civil arrest, which is different than a criminal arrest, would be solely for the purpose of bringing the lawmakers back to the state capitol to provide a quorum. The warrants were made possible by a ruling from the Texas Supreme Court removing a temporary restraining order from a lower court that barred the legislature from issuing the warrants.

Republicans say the Texas Democrats are ducking responsibilities as they spend time in Washington, D.C., advocating for S.1, a bill that would massively expand the role of the federal government in state-run elections.

The Texas Democrats maintain that they will stay in Washington, D.C., until Republicans in their state drop efforts to pass their elections bill. They also argue that arrest warrants are illegal.

“It is no surprise that Republican Governor Greg Abbott and House Speaker Dade Phelan want to arrest their political opponents,” the Democrats said in a statement earlier this week. “Thankfully, this is still the United States of America. We will defend the freedom to vote, and we look forward to our temporary injunction hearing on August 20th.”