The House of Commons roared with laughter after Rishi Sunak attacked the opposition benches when he revealed a new policy that would reward shipping companies for flying the Red Duster flag. Companies using the merchant flag, which is a red block with the Union flag in the top left corner, will see benefits for doing so as Mr Sunak wanted to celebrate the UK’s “proud maritime history”. But the Chancellor could not help himself and chose to deliver a sly dig to Labour, telling the House he was sure the opposition were delighted at the news as it would mean red flags are still flying somewhere in the UK.

The Red Ensign, also known as the Red Duster, is a flag used by UK merchant ships,

The flag dates back to the 1700s with Mr Sunak announcing measures to reward ships for flying it at sea.

He told the Commons: “When we were in the old EU system, ships in the old tonnage tax regime were required to fly the flag of an EU state.

“But now that doesn’t make sense for an independent nation so I can announce today that our tonnage tax will, for the first time, reward companies for adopting the UK merchant shipping flag, the Red Ensign.”

But Mr Sunak could not help himself following cheers from fellow Conservatives and went on the offensive against Labour.

He added: “That is entirely fitting for a country with such a proud maritime history as ours.

“I am sure the opposition will be delighted that red flags are still flying somewhere in this country.

“Even if they are all at sea.”

Labour has adopted “The Red Flag” song as their party’s anthem which is traditionally sung at the end of their party conference.

However, there have been times the song has been sung in Parliament with MPs singing the song back in 2019 when Boris Johnson was coming under fire for closing Parliament early.

The most memorable line of the song goes: “Though cowards flinch and traitors sneer, we’ll keep the red flag flying here.”

Mr Sunak and the Treasury were attacked by opposition parties after details of the Budget were leaked and published ahead of the Wednesday announcement.

Among them included the increase in the minimum wage with the rate for those aged over 23 rising to £9.50 an hour from £8.91.

The forecasted economic impact of introducing the “Plan B” winter Covid plan was also leaked ahead of time.

Reports suggest the “Plan B” system, which would reintroduce working from home, mask-wearing and other social distancing measures, could cost the UK economy £18billion.

Political opponents argued the Government deliberately leaked the information to scupper support for the “Plan B” measure. 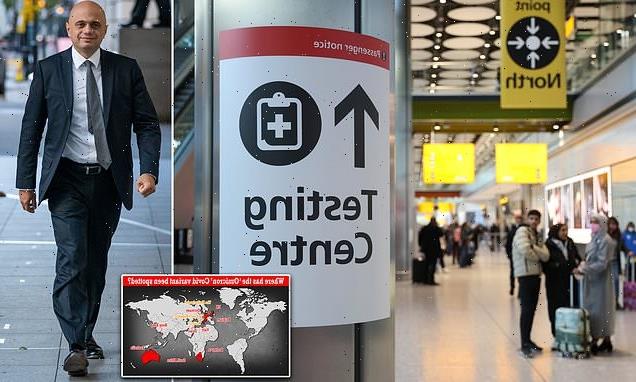