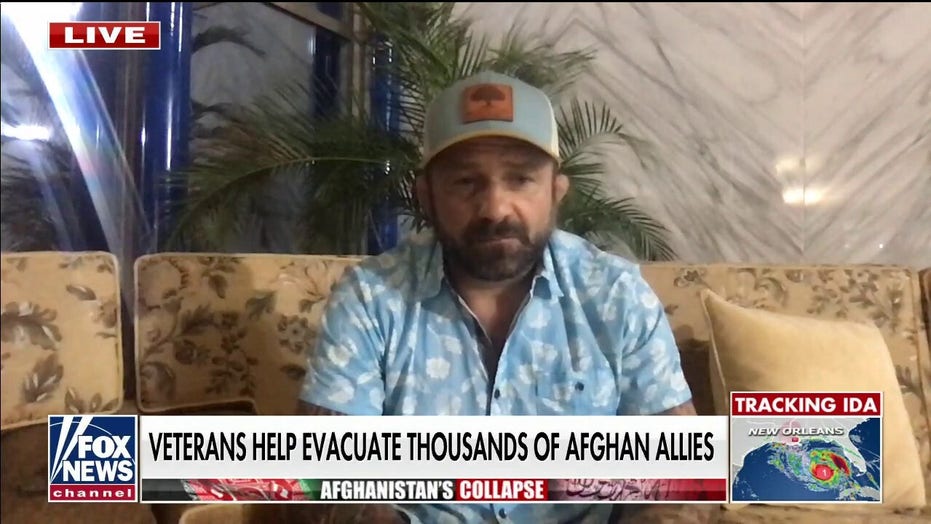 US Army combat veteran Cory Mills and Chad Robichaux, who served eight tours in Afghanistan, discuss their efforts to evacuate people from Kabul

About 350 American citizens are still trying to leave Afghanistan in the final days of the U.S. withdrawal effort that’s been marred by a deadly terrorist attack and a Taliban takeover.

A State Department spokesperson said Saturday at least 5,400 Americans have been safely evacuated since Aug. 14, including nearly 300 U.S. citizens within the last day. But another 350 Americans remain in Afghanistan and have informed the State Department they want to get out.

The State Department said they are providing “assistance around the clock” to these citizens seeking to evacuate.

In addition, the State Department has been in contact with another 280 people who have said they are American citizens but have not shared their plans to leave the country or have said they plan to stay.

The flights out of Kabul’s international airport have continued in the wake of the terrorist attack Thursday led by ISIS-K that killed 13 American service members. Their deaths mark a painful end to a 20-year war that already claimed more than 2,400 military lives.

In a 24-hour period that ended Saturday morning, about 6,800 people were evacuated from Kabul, bringing the total to 111,900 evacuees of all nationalities since Aug. 14, according to the White House.

But time is running out for the U.S.-led evacuations. President Biden has stood by the planned Aug. 31 withdrawal date from Afghanistan, which the Taliban wants. Biden warned Saturday the threat of more terrorist attacks remains high but the troops have the necessary resources to complete the final mission.

“The situation on the ground continues to be extremely dangerous, and the threat of terrorist attacks on the airport remains high,” Biden said in a statement Saturday. “Our commanders informed me that an attack is highly likely in the next 24-36 hours.”

About 3,500 U.S service members remain at the Kabul airport three days before Biden’s Aug. 31 deadline, according to U.S. officials. That’s down from a peak of 5,800.