During the final day of the Labour Party conference, dock workers holding down a picket line just a few miles away from the Pullman Hotel, where the event is being held, have accused Sir Keir Starmer of failing to stand up for the working classes by refusing to attend their, or any other, strikes. In a video published by the BBC, Liverpudlian dock workers demanded “solidarity” from the Labour leader, accusing him of being “too scared to come down” and offer his support in person. Halfway through their two-week strike, they are the latest sector to join the industrial action, with rail workers, post office workers and barristers all partaking of walkouts this week, and ambulance workers preparing to vote on taking action also.

One striker said: “Starmer has said he will abolish the new striking laws but it would be nice to see him on the picket line.

“Sitting there speaking is not ticking the box. [He should be] out and about, on the picket lines, speaking to members, making donations,  bringing them teas and coffees down, that’s what the general public have been doing.

“So, why can’t the party we are meant to be affiliated with be doing this?”

Another striker said: “All we want is a bit of solidarity from our alleged leaders. And if they are not going to come down, or he’s telling his frontbenchers not to stand on a picket line, then he is going to lose the working class.” 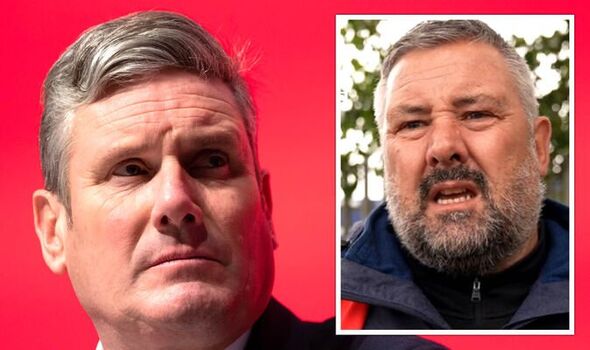 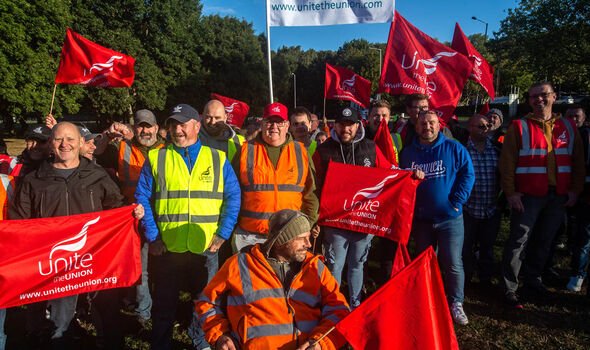 Another striker, asked if any Labour MPs had been seen on their picket lines, said: “A few Labour MPs the other day but not the main one, no. The big boss, he’s too scared to come down.”

But Sir Keir defended his position over the weekend ahead of the Labour Party conference, which began on Sunday, saying the “single most important thing” he could do was to focus on winning the next general election.

“When we do that, we can have ‘day one’ employment rights for every single person.” 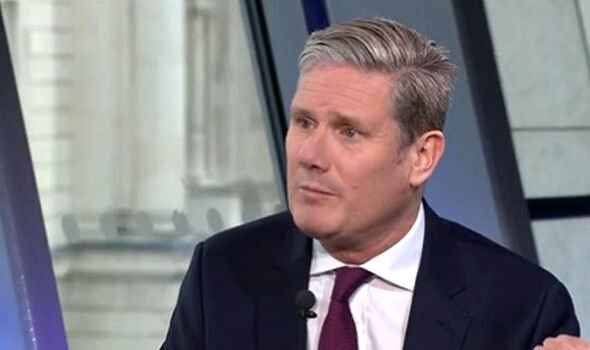 As a result of the latest round of train strikes, rail passengers are being urged only to travel if necessary on Saturday because of another strike.

The public transport sector was continually interrupted to the detriment of the public throughout the summer over a long-running dispute over pay, jobs and conditions.

And members of the Rail, Maritime and Transport union (RMT), Aslef, Unite and the Transport Salaried Staffs’ Association (TSSA) will stage a coordinated walkout, causing huge disruption to services, this weekend.

A reduced timetable has been published, showing that just 11 percent of rail services will run, with some areas having no trains.

It will be the first time the unions have walked out on the same day, so services will be more significantly disrupted than on previous strike days. 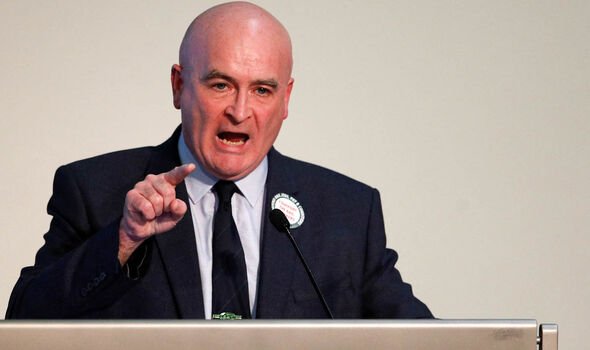 Elsewhere, striking barristers described the criminal justice system as “broken” as they took part in a fresh round of demonstrations while talks with the Government in their row over pay continue.

Demonstrations resumed on Wednesday morning so members could air their concerns about the “obvious and critical” crisis in the criminal justice system, the Criminal Bar Association said.

Thousands of Post Office workers have also walked out today on strike in a dispute over pay.

And ambulance workers are to vote on strike action in another dispute over pay after union members said they were angry over the Government’s four percent pay award, which they said leaves them facing “yet another massive real terms pay cut”.