Afghanistan is heading toward a failed state: Gen. Keane

Gen. Jack Keane (Ret.) warns of a possible civil war in Afghanistan after the Taliban took control of the government in late August.

Afghan farmer Niamatullah survived nearly two decades of conflict, growing beans, wheat and corn in Helmand province as war raged around him. When he finally decided to uproot his family and flee last month, it was because of the weather.

One of the worst droughts in decades in Afghanistan parched the fields of the 38-year-old, who goes by a single name, leaving his crops withered and worthless. He felt he had no choice but to pack his 15-member extended family into a rented truck and head out to search for day labor somewhere less desperate.

"Our children are crying because there is nothing to eat," Niamatullah said.

TALIBAN SAYS US WILL PROVIDE HUMANITARIAN AID TO AFGHANISTAN

This year’s deep drought is compounding the economic crisis that deepened when the Taliban overthrew the previous Afghan government, prompting the U.S. and others to freeze some $9 billion in Afghan central-bank assets and spurring a large number of the country’s professionals to leave.

Now the scarcity of water is slashing farmers’ incomes and driving up food bills for people in cities. The United Nations estimates that the drought is threatening the livelihood of up to 9 million Afghans and affecting 25 of the country’s 34 provinces.

Tough conditions have already put 14 million people—more than one-third of the Afghan population—in a food-security crisis, according to the U.N. Food and Agriculture Organization. Afghanistan’s current harvest is expected to be 15% below average due to the drought, the FAO said.

"This is the worst drought in 35-36 years," said Richard Trenchard, the country director for FAO in Afghanistan. "Many public institutions, which provide a public safety net, have ceased to function," after the Taliban takeover, he said. "Farmers have very little to fall back on."

Afghanistan is heavily reliant on livelihoods sensitive to fluctuations in weather, such as rain-fed agriculture and cattle farming. Impoverished villagers often lack the capital and technology to switch to more modern and resilient farming methods. Climate change stands to increase the burden.

Around 12% of Afghanistan’s land is suitable for agriculture, but around 80% of the population relies on farming for survival, said Samim Hoshmand, a former top climate negotiator under Afghanistan’s National Environment Protection Agency.

"If the drought continues, and political instability continues, the future will be a disaster," Mr. Hoshmand said.

Afghanistan’s new Taliban government has so far presented no plan for how to create jobs or provide support for a population that is sinking deeper into poverty. Anger over economic hardship could boil over into unrest, Afghan farmers said.

"We will wait for six months. If things don’t get better, we will stand against the Taliban," said Mohammad Amir, a 45-year-old farmer from Dasht-e-Top, an arid plain in Wardak province west of Kabul. The area used to be famous for its sweet, crisp apples—but has dried up. A wide riverbed running along the highway bears no trace of water. Farmers say they haven’t seen snow in 20 years.

Drought affects more than just agriculture. The Kajaki Dam in Helmand was built in the 1950s as part of an American initiative modeled on the Tennessee Valley Authority to counter Soviet influence in Afghanistan through development work. 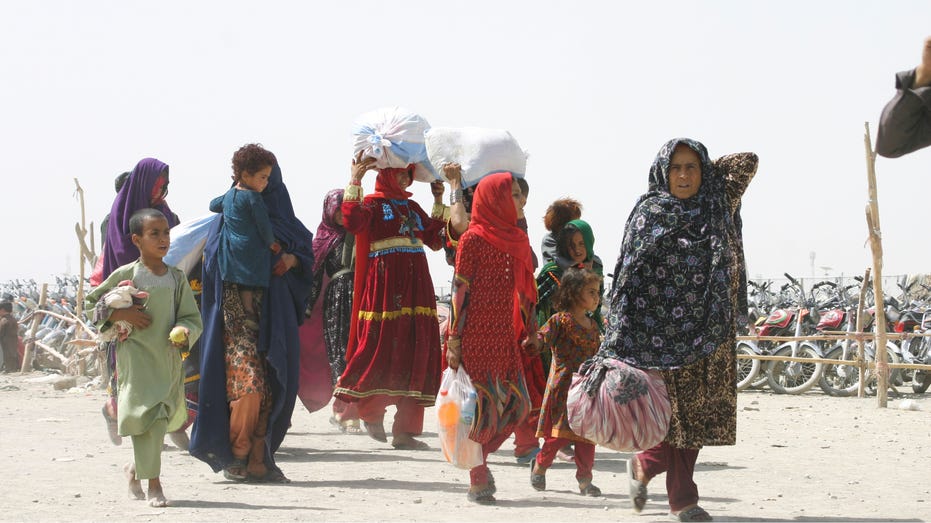 The Helmand Valley Authority, as it was called, was intended to boost irrigation and agricultural land development along the Helmand and Arghandab rivers. The U.S. later turned Kajaki into a hydroelectric power station in the 1970s, a project that was suspended with the Soviet invasion of 1979.

In 2004, the U.S. restarted the project and refurbished two turbines in a bid to bring power to southern Afghanistan and edge out the Taliban with the allure of government-backed development. In 2008, thousands of mostly British troops hauled pieces for a third, 220-ton turbine on trucks across some of the most dangerous terrains in the country, but the equipment sat unassembled for a decade until it was finally installed in 2019.

Now, due to low water levels, Kajaki produces 6 megawatts of electricity, far short of its capacity of 51 megawatts, according to Tufan Özcag, program manager of the Turkish 77 Insaat construction company, which leads refurbishment at Kajaki.

Water scarcity has in the past led to conflict with neighboring Iran, which receives water from the Helmand River after it flows through the sluices at Kajaki and across the border.

Iran accuses Afghanistan of appropriating more than what it was supposed to keep under a 1973 water treaty between the two countries. Security officials in the now-toppled Afghan government accused Iran of propping up the Taliban to attack a dam project under construction in Nimruz province, which is meant to boost agriculture and irrigation, but which Iran fears will choke off the water and dry up the Hamoun wetlands on its side of the border.

Climate change could "reduce the flow of critical freshwater across Afghanistan’s borders, potentially raising tensions with its neighbors," said Oli Brown, a senior research associate with Adelphi, a Berlin-based environmental think tank, and author of a climate risk brief on Afghanistan. It could also accelerate migration, he said, "and it could encourage farmers in some areas to grow poppy." Opium poppies require less water to cultivate than most other crops and can be more lucrative.

In Wardak province’s Dasht-e-Top, farmers complained they don’t have wells, and only a few prosperous farmers can afford solar panels to power irrigation.

On one of those solar-panel-powered farms, Rahima Wardak’s son now picks tomatoes for $3 a day, which constitutes the family’s only income. Ms. Wardak, a farmer in her 50s, said she and her husband used to grow potatoes, onions, and carrots on their own land, but their fields are now dried up. Dead sticks crunched under their feet as they walked between rows of withered apple trees.

"We could irrigate a garden or two until two years ago," Ms. Wardak said. Since then, she lamented, the area’s traditional system of underground irrigation tunnels has been completely dry.

"How can our sons be farmers? They will have to find something else to do," said Mohammad Omar Jalalzai, Ms. Wardak’s 70-year-old husband, as he stood among his withering apricot trees.