Jean Rounds, wife of Republican South Dakota Sen. Mike Rounds, has passed away from cancer at the age of 65.

“The love of my life is with the Lord,” Sen. Rounds said in a statement Tuesday announcing that Jean had passed away that morning of sarcoma cancer. “No more treatments. No more pain. Just peace.”

Jean Rounds had been undergoing treatment for cancer since May of 2019. Doctors initially found a malignant, aggressive tumor near her sciatic nerve. She underwent multiple rounds of chemotherapy and surgery at the Mayo Clinic in Minnesota, but Mike Rounds said in September of 2020 that doctors later found another tumor during a checkup.

As South Dakota’s first lady from 2003 to 2011, Jean Rounds advocated for childhood literacy through the “Reach out and Read” program and promoted awareness of women’s heart health. She also led the design of the governor’s mansion that was completed in 2005. And she continued to serve on the commission that oversees the state Capitol grounds until her death.

The couple met while attending South Dakota State University, where Jean Rounds earned a degree in office management. She worked in state government for 27 years and held positions at the university, the State Planning Bureau and the Department of Transportation. 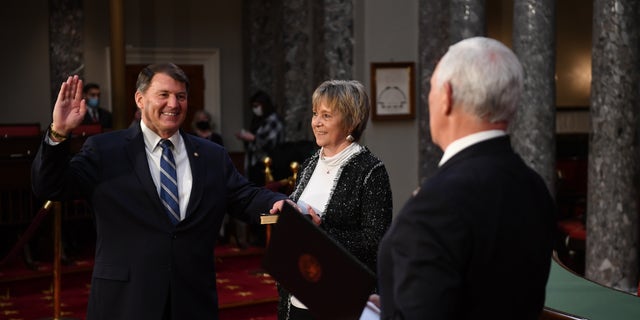 Senator Mike Rounds, R-S.D., participates in a mock swearing-in for the 117th Congress with Vice President Mike Pence, as his wife Jean Rounds holds a bible, in the Old Senate Chamber at the US Capitol in Washington, DC on January 3, 2021. (Photo by KEVIN DIETSCH/AFP via Getty Images)

Jean Rounds said in a statement last year that her cancer diagnosis was the hardest challenge she had faced, but that her husband had been with her “every step of the way.” 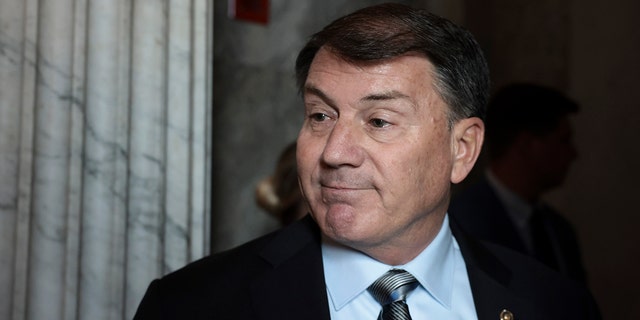 WASHINGTON, DC – OCTOBER 07: Sen. Mike Rounds (R-SD) speaks with reporters before attending a luncheon with Senate Republicans at the U.S. Capitol Building on October 07, 2021 in Washington, DC. Senate Democrats and Republicans are working on the next steps before a vote on the debt limit after reaching a deal earlier in the day that will temporarily raise the debt limit through early December.
(Photo by Anna Moneymaker/Getty Images)

“He never complained and he sat with me in that hospital room at Mayo Clinic for days on end,” she said.

Jean and Mike Rounds had four children and ten grandchildren.

Associated Press contributed to this report