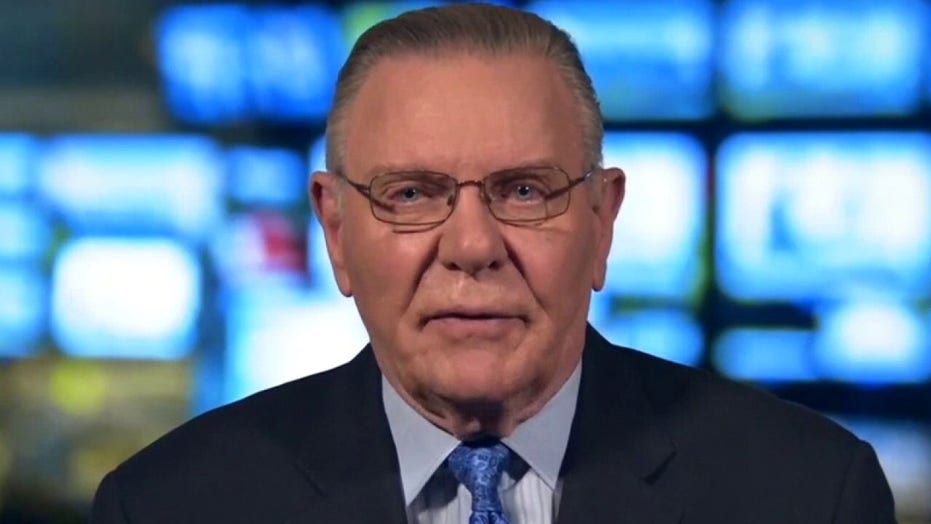 Fox News senior strategic analyst Gen. Jack Keane reacts to the U.S. and Germany striking a deal to allow the completion of Nord Stream 2 and discusses the Pentagon pushing back on critical race theory.

Sen. Rob Portman, R-Ohio, warned that the removal of sanctions from the Russian Nord Stream 2 pipeline is a “serious misstep” as the Ukrainian president’s visit with President Biden was announced.

Portman, co-chair of the Senate Ukraine Caucus, applauded Biden’s announcement that he will host Ukrainian President Volodomyr Zelensky at the end of August, saying the gesture “shows our unwavering support for Ukraine’s sovereignty, territorial integrity and future NATO membership” while supporting Zelensky’s fight against corruption.

Portman warned in a Thursday press release that Biden’s waiving of sanctions on the Nord Stream 2 pipeline “is a serious misstep that endangers U.S., European, and Ukrainian security.”

“This policy failure will ensure the completion of the pipeline, giving Russia a strategic advantage over our allies,” Portman said. “The administration must demonstrate that it is committed to the security of Ukraine and our European partners and not allow Russia to endanger their sovereignty.”

Portman met with Zelensky in June while on a congressional delegation trip to discuss the impact of the congressional sanctions on the pipeline being nixed, Russia’s military buildup and aggression in the region, and the need for corruption reforms in Western-aligned institutions, such as NATO and the EU.

Zelensky’s visit was announced on Wednesday by the administration, and the Ukranian president will be visiting the White House on Aug. 30.

“The visit will affirm the United States’ unwavering support for Ukraine’s sovereignty and territorial integrity in the face of Russia’s ongoing aggression,” White House press secretary Jen Psaki said in a statement.

The meeting comes as the U.S. seeks to shore up its alliance with Kiev while also entering into a controversial agreement with Germany over the Russian Nord Stream 2 pipeline, which will carry natural gas from Russia to Germany.

Despite opposition from the last two administrations, Biden frustrated some U.S. lawmakers and European allies when he first lifted sanctions against Russia over the natural gas pipeline earlier this year.

The White House did not immediately respond to Fox News’ request for comment on Portman’s comments.