Sen. Hagerty, during southern border visit, says US is facing 'a crisis beyond measure' as numbers rise 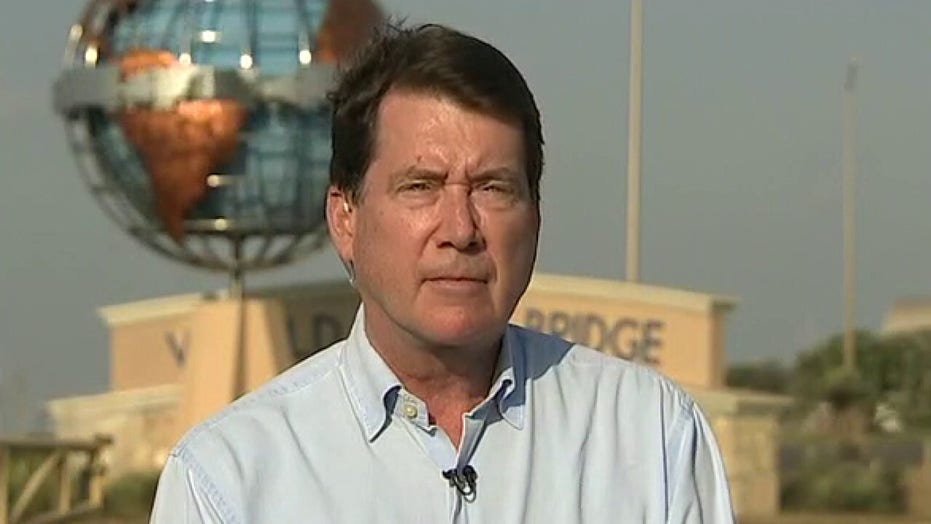 Sen. Bill Hagerty, R-Tenn., argues the move will lead to a ‘collapse’ at the southern border.

Sen. Bill Hagerty, R-Tenn., during a visit to the southern border, is warning that Border Patrol agents are facing a “crisis beyond measure” as the Biden administration moves to roll back Title 42 — while stressing that the impacts of the crisis are felt well beyond the border states.

“It is a crisis beyond measure,” Hagerty told Fox News Digital from Texas, where he had visited the border along with a group of Tennessee mayors and sheriffs.

“The border agents are so overwhelmed right now that they are spending more time processing than they are doing their job defending the border,” he said. “That’s the goal of the cartels, to get the Border Patrol distracted and overwhelmed so they can move the high value cargo — the fentanyl, the methamphetamine, the ‘high value’ people, meaning those who are on the terror watch list, and things of that nature who would otherwise suffer terrible consequences if they’re caught.”

While it is a public health order, not an immigration policy, it has become one of the central border policies in place as the U.S. faces a continuing crisis of numbers at the border. In February, approximately 55% of the more than 164,000 migrants encountered were returned due to the order, rather than being released into the U.S.

Democrats and Republicans, as well as law enforcement officials at the border, have been sounding the alarm about a potential surge on top of the already high numbers being encountered at the border. The Biden administration has said it has a plan in place to deal with what it has said will likely be an “influx” of migrants.

Sources told Fox News that there were approximately 8,000 migrant encounters on Friday, higher than the 7,000 a day agents were recently averaging. DHS estimates for the coming months have ranged to up to 18,000 a day.

Hagerty was present at a muster of Border Patrol agents when their superiors told them the news of Title 42’s lifting and described a sullen atmosphere among the agents.

“You could have felt the weight of the cloud of depression falling over the room. There was just silence, dejection,” he said. “The last tool they had at their disposal to turn these people back is going to be taken away. It’s as if the Biden administration sent out an invitation to come crash the border on May 23.” 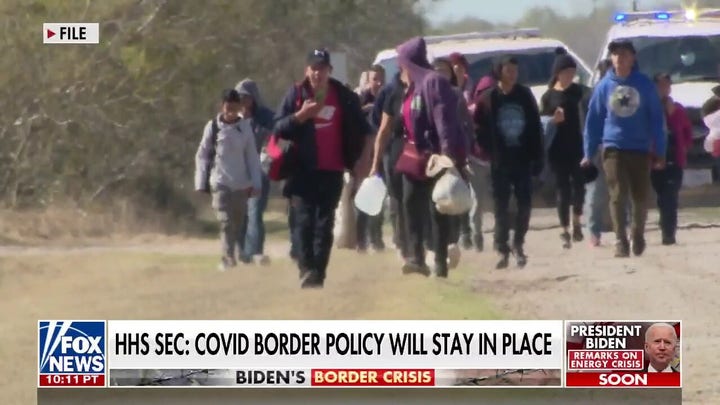 “Now they have to look forward to a massive tidal wave of people coming across that border they won’t be able to handle,” he said.

Hagerty has long been warning about the effects of the border crisis on the ongoing fentanyl crisis, noting that there have been more than 100,000 overdose deaths a year, many of them attributable to the deadly drug — which is frequently produced in Mexico from Chinese precursors and shipped across the border into the U.S.

He said that Tennessee officials warned that they are seeing more and more drug overdoses and “the toll this is taking on the middle part of America…is significant.”

“One mayor had 27 drug overdoses last year, of those all but three were due to fentanyl — meaning that the Chinese Communist Party has their fingerprints on everything that is going on here in America,” he said.

He recalled how during the Trump administration, President Trump told Chinese President Xi Jinping to stop sending fentanyl directly to the U.S. — which the Chinese leader subsequently did, Hagerty said.

“He never agreed to stop sending it to Mexico, and by virtue of Biden collapsing the southern border, he’s put Xi and the Chinese Communist Party [CCP] back in business, they’re back again waging war on America’s youth.”

Hagerty recently introduced legislation that would allow Title 42 to be used beyond its current use to stop communicable diseases, and also be used to protect the U.S. from the smuggling of deadly drugs like fentanyl.

The legislation allows for the use of Title 42 when it is determined that “by reason of the existence of substantial illicit drug smuggling from a foreign country, there is serious danger of the introduction of such drugs” into the United States.