Governent funding bill a ‘no-win situation for the US taxpayer’: Sen. Marsha Blackburn

Sen. Marsha Blackburn, R-Tenn., criticized Democrats' short-term funding bill to prevent a government shutdown, arguing on "Varney & Co." Thursday the resolution is another "big spending" measure that would add to the crippling national debt and increase the burden on American taxpayers.

SEN. MARSHA BLACKBURN: I'm not going to vote for this. One of the things that is so aggravating is they have put the end date of this C.R. in December. Why are they doing this? Because Democrats know they're going to lose the House and Senate. They want to go pork up one more great big spending bill and load trillions of dollars of additional debt onto the backs of our children, our grandchildren. It is immoral. We should be doing a C.R. into next year so that after the people vote for a new Congress, that Congress would come in and do the budget for that year for the balance of the year. So no, this is a no-win situation for the U.S. taxpayer who is working hard to combat inflation and keep their head above water.

WATCH THE FULL VIDEO BELOW: 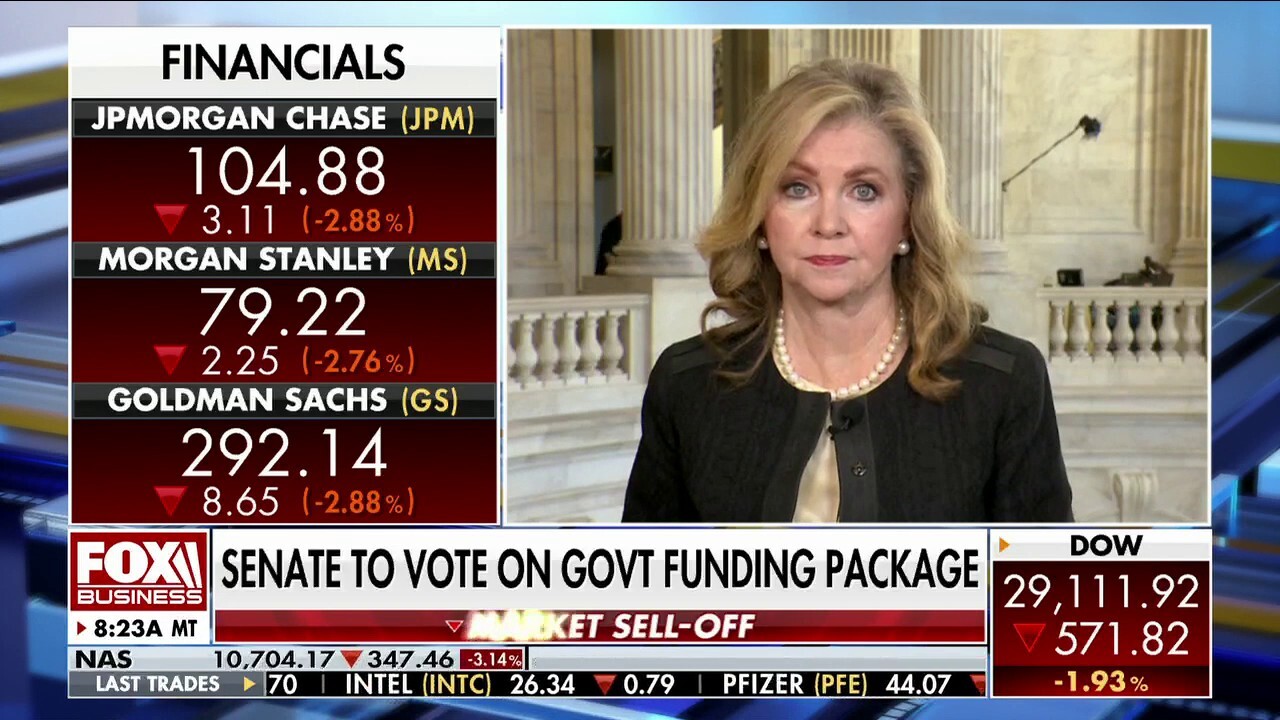