Schools confront a wave of student misbehavior, driven by months of remote learning

Government in charge of education a conflict of interest: Sorbo

School districts across the U.S. say they are seeing a surge of student misbehavior in the return to in-person learning, after months of closures and disruptions due to the pandemic.

In the hallway between classes one afternoon this fall at Southwood High School in Shreveport, LA., two boys exchanged words. All at once, they jumped at each other, witnesses said. Dozens of other students joined and they all fell into a heap, kicking and punching, until teachers pulled them apart.

The fight was one in a series of brawls in Southwood’s courtyards and hallways on three subsequent days that led to 23 students being arrested and expelled.

School officials say they had never seen anything like it before at Southwood, known for its Cowboys football team, its biotechnology program and its scenic location on a former cattle ranch. The academically strong school has a 99% graduation rate for its student body of more than 1,600.

Schools have seen an increase in both minor incidents, like students talking in class, and more serious issues, such as fights and gun possession. In Dallas, disruptive classroom incidents have tripled this year compared with pre-pandemic levels, school officials said. The Albuquerque, N.M., superintendent sent a letter to parents warning of a "rise in violence and unacceptable behaviors posted to social media" that have disrupted classes. The National Association of School Resource Officers said it has seen a rise in gun-related incidents in schools.

Some schools are responding to the disciplinary problems by dispatching more staffers to patrol school grounds or by hiring more counselors. Others are reducing student suspensions, or in Dallas, eliminating them altogether in favor of counseling. Some districts have enacted what they call mental-health days, closing schools around holidays to give students and administrators a break. Peoria, Ill., is planning a special school that would be dedicated to students with issues caused by the pandemic.

Educators at disadvantaged schools, often in low-income neighborhoods, said they had anticipated students would return to in-person learning with mental-health scars from Covid-19. The issues are also coming up at schools that previously had few serious incidents, such as Southwood.

Parents in the relatively affluent suburb of Cherry Creek, Colo., outside Denver, said they were surprised to receive a letter from their school district in November that expressed concern over recent increases in the number of behavioral incidents involving high-school students.

"On-campus behavior issues include students treating each other and adults disrespectfully in and out of class in addition to leaving trash in halls, cafeterias, and outdoor spaces," according to the letter sent to families from Cherry Creek High School. The letter asked parents to speak to their children about appropriate behavior and noted that incidents of misbehavior were occurring off-campus as well.

"For some of our students, they really have never experienced a ‘normal’ year of high school," said Cherry Creek district spokeswoman Abbe Smith.

Peter Faustino, a school psychologist in New York who serves on the board of directors for the National Association of School Psychologists, said school psychologists across the country have seen roughly the same volume of mental-health complaints and behavioral issues in the first three months of the school year that used to occur in an entire academic year.

"I think the pandemic was like an earthquake and I think we are seeing that tidal wave hit shore," he said. 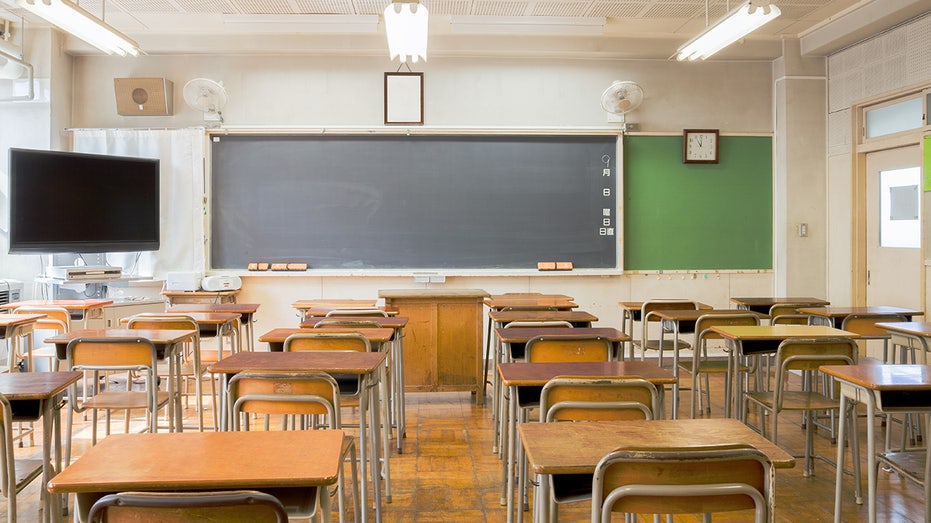 L.V. Stockard Middle School, in the Dallas neighborhood of Oak Cliff, used to suspend students who misbehave. It now sends them to what the district calls a reset center, typically in unused classrooms and sometimes in outdoor sessions, where they get counseling for between one to three days.

One day in October, three students who had gotten into trouble sat on beanbags arranged in a circle outdoors near the school’s entrance. Pierre Fleurinor, the school’s reset center coordinator, pulled up a bean bag and sat down with them.

Then Mr. Fleurinor turned serious, asking what they were doing to avoid the misbehavior that had led to their disciplinary problems.

"Talking about it like this helps," said Masiah Jones, 12 years old. The seventh-grader had landed in Mr. Fleurinor’s reset center for repeatedly talking with another girl while her teacher was giving lessons. She had never been in trouble before, she said, and had wanted to catch up with her friend, whom she hadn’t seen since the pandemic began.

"She definitely didn’t get to see them, and they really don’t communicate on the phone," Ms. Freeney said. "It was like a void was there." Masiah hasn’t been in trouble in class since attending the reset center. 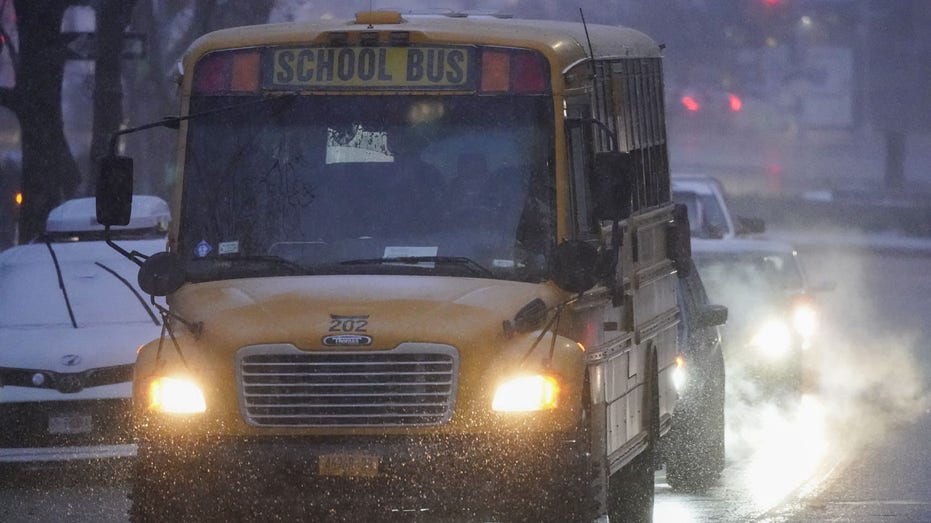 Time away from school during the pandemic has set back many students, Mr. Fleurinor said. "In that year off, we lost a lot of social maturity. So, they don’t know how to express their emotions," he said.

In Dallas, elementary-school students now start the day with a 45-minute social-emotional learning session. One recent morning, third-graders at H.I. Holland Elementary School talked about their favorite weekend activities, followed by hand-clapping games in which they had to feign touching each other’s hands due to social-distancing rules. The session ended with breathing exercises.

Such social-emotional lessons remind children how to communicate, said teacher Josefina Berry. "They were isolated for so long that they kind of lost that tune," she said.

Frank Zenere, a Miami school psychologist and crisis management specialist at the district’s division of student services, said the pandemic has had a greater impact on student behavior than other traumatic events, such as Sept. 11 or hurricanes.

"An abnormal reaction to an abnormal situation is normal behavior," Mr. Zenere said. "And in that context, I think we’re seeing a lot of normal reactions for what they’ve been through."

At Southwood High School, senior Jordan Nash witnessed the big fight among students in the hallway. "It seemed like they were just swinging at people left and right," said the 17-year-old, who has an interest in studying neuroscience. "Then you have the police siren going off, trying to break up the fight. It was a mess." 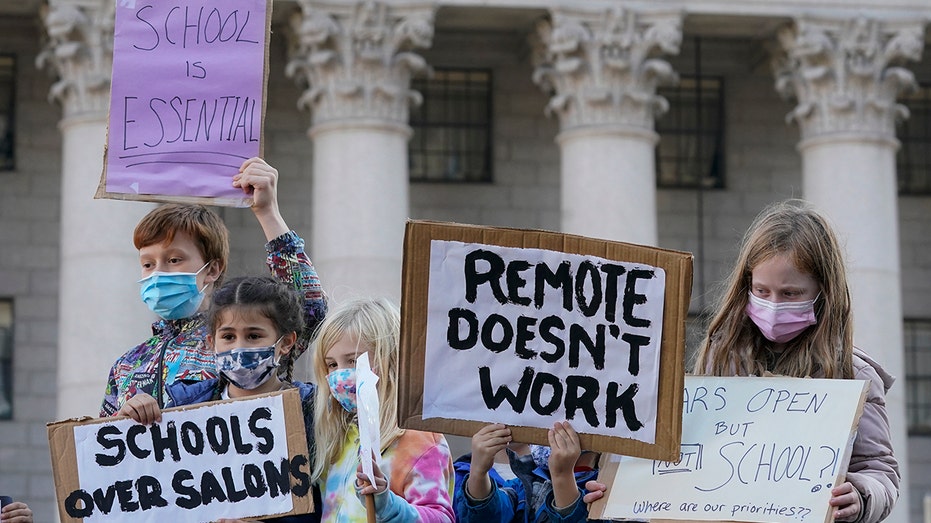 Most of the students involved in the fights were underclassmen, said Dr. Pendleton, Southwood’s principal, and were simply unprepared for a new school after nearly two years of virtual learning. Many carried emotional baggage from the pandemic, including sick or dead family members, lost jobs and homelessness, she said.

In the wake of the fighting, police established patrols at Southwood. Dr. Pendleton expanded a student mentoring program and added counselors and security officers. A group of fathers of students formed a daily patrol, called Dads on Duty, to walk the school hallways and courtyards.

One of the group’s founders, Michael La’Fitte, a local entrepreneur, said the Southwood fathers act as hall monitors and play the role of "cool uncle" with students. He said they seek to be a calming influence on kids who are anxious about Covid-19 stresses as well as a crime wave in the city that has prompted police to enforce a nighttime curfew.

"This is different for all of us," Mr. La’Fitte said of life coming out of the pandemic. "We’re all trying to adjust to this, even at this moment."