Liberty University head Jerry Falwell Jr., one of the nation’s leading evangelical Christian voices, is facing pressure to step down after he shared ― and then quickly deleted ― an open-pants photo on social media.

Rep. Mark Walker (R-N.C.), a member of the university’s advisory board, said Falwell needs to resign:

The photo shared by Falwell showed him with his pants open, his arms around a woman with her shorts open and a glass of what he called “black water” in his hands. The images were taken at a party on a yacht themed to the “Trailer Park Boys” TV show, which is known for its off-color humor centered around sex, drugs, alcohol and foul language. Many people enjoy the show, but given those themes, Liberty University students would likely be disciplined for watching it, according to the school’s honor code.

Falwell shared the image on Instagram, then deleted it after receiving some negative attention ― but screenshots were preserved: 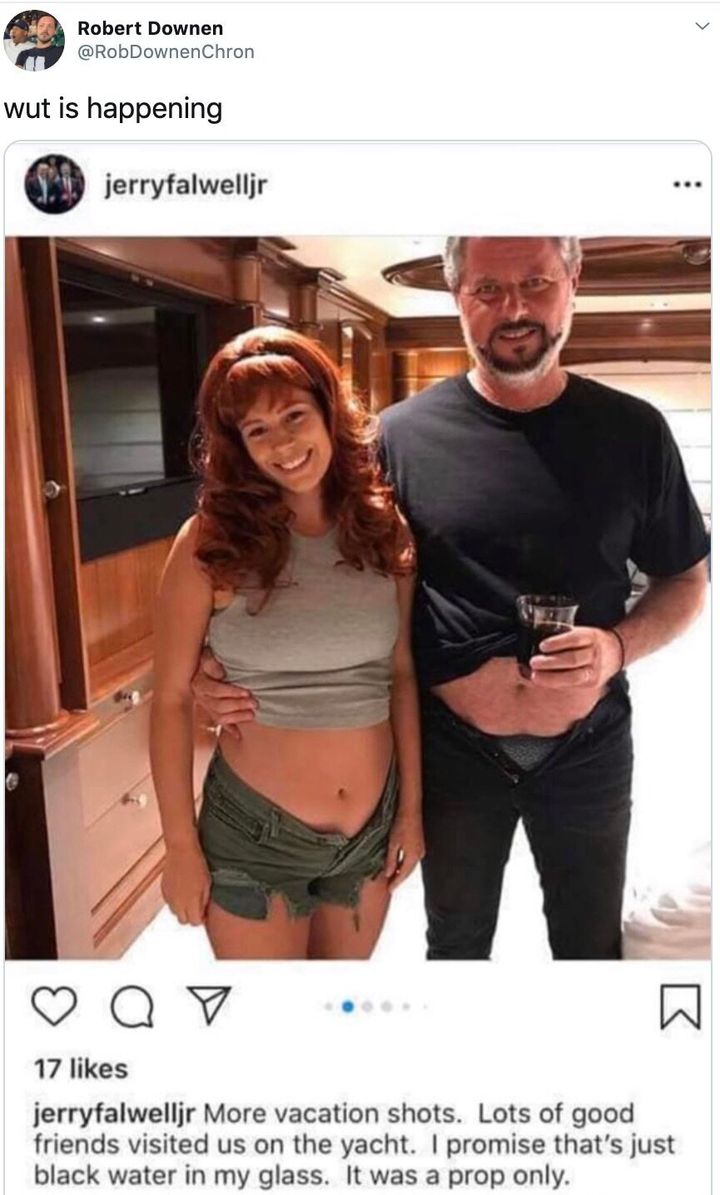 In a radio interview, Falwell said he had “apologized to everybody” for the images and videos.

“I promised my kids, I’m gonna try to be a good boy from here on out,” he said.

Falwell ― a top supporter of President Donald Trump ― was already facing pressure to step down over a series of scandals, including a blackface “joke” that caused several members of the university’s staff to resign in protest.