The PAC, called 34N22, after Walker's number 34 from his playing days at the University of Georgia and in the NFL, says the billboards will appear in the major cities of Atlanta, Augusta, Macon and Savannah.

Inflation and prices are at the top of voters' minds, according to a FOX Business Poll released last month. 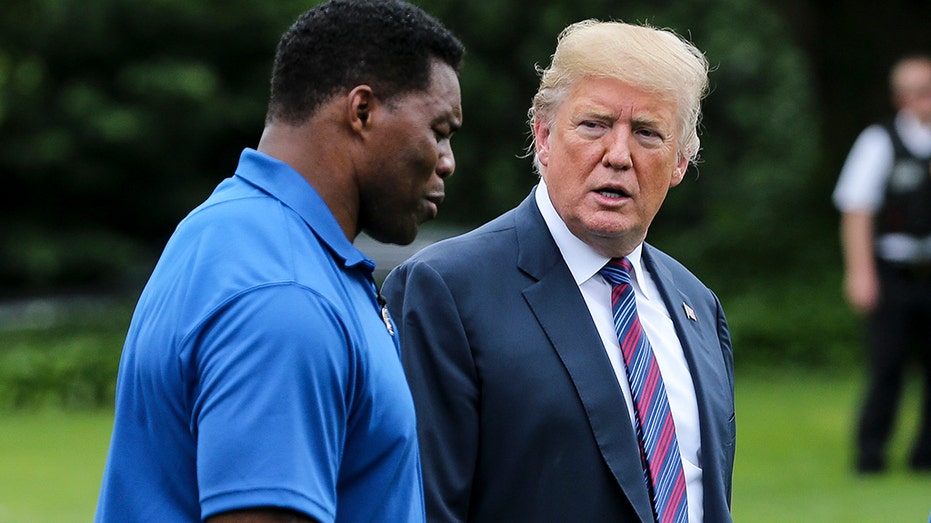 Former President Trump and Herschel Walker walk as they watch young participants during the White House Sports and Fitness Day on the South Lawn May 30, 2018, in Washington. Walker is endorsed by Trump and Senate Minority Leader Mitch McConnell, R-Ky

Meanwhile, 36% percent of respondents said they approve of President Biden's handling of crime, compared to 57% who disapprove.

Walker is a front-runner to face Warnock in Georgia's Senate general election this fall, as the former football star is endorsed by both former President Donald Trump and Senate Minority Leader Mitch McConnell, R-Ky., two GOP bigwigs often at odds.

These endorsements came after some concerns about political baggage Walker may carry, including accusations by his ex-wife of being "physically abusive" and reports that he exaggerated his business success.

Warnock, meanwhile, is basing his campaign on issues like election reform after Georgia Republicans passed a controversial voting law last year that he and other Democrats says is designed to suppress votes by Blacks and Democrats.

"Our elections are in serious need of protection. Voters shouldn’t have to jump through hoops to cast a ballot," Warnock tweeted last week.

The Georgia senator also spent last year fighting for Medicaid expansion nationally, noting that Georgia is one of the states that didn't take advantage of expanded Medicaid provisions in the Affordable Care Act.