POLL: Should the partygate inquiry be dropped?

Boris Johnson resigned on July 7 amid a flurry of ministerial resignations in the wake of the Chris Pincher scandal, and will officially step down as Prime Minister on Tuesday. His final year in office was marred by investigations by the Metropolitan Police and Sue Gray into alleged breaches of lockdown rules during the pandemic. A separate probe into whether Mr Johnson lied to Parliament over partygate is still ongoing, but legal advice from one of the UK’s top barristers is expected to throw the legitimacy of the inquiry into doubt.

In December last year, Boris Johnson assured Parliament that “all guidance was followed completely in Number 10.”

In April, however, he became the first British Prime Minister to be found to have broken the law while in office, receiving a fine for breaking lockdown rules during a birthday gathering in June 2020.

The Metropolitan Police issued a total of 126 fines to 83 people in Downing Street and Whitehall, including to the then-Chancellor Rishi Sunak and the Prime Minister’s wife Carrie Johnson.

On concluding her internal investigation, senior civil servant Ms Gray said: “What took place at many of these gatherings and the way in which they developed was not in line with Covid guidance at the time.” 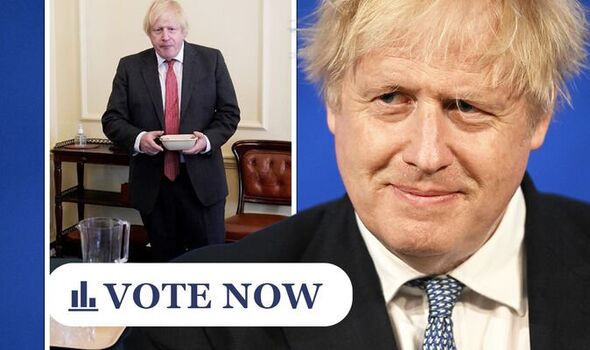 Following these revelations, the House of Commons passed a motion tabled by Labour leader Sir Keir Starmer for Mr Johnson to be investigated for potentially having misled Parliament over partygate allegations.

Although it has been proven he was in attendance, Mr Johnson has said he did not believe the gatherings constituted parties, and that his comments to Parliament reflected his understanding at the time.

Conducted by the Commons Privileges Committee and chaired by Harriet Harman, oral evidence sessions are due to begin in the autumn, meaning the inquiry will hang over Mr Johnson’s head for months.

The final report is expected to be published by the winter.

If found to be in contempt of Parliament, Mr Johnson could be suspended or even kicked out of the Commons.

Today, Mr Johnson and his allies launched a legal fightback against the probe they have deemed to be a “witch-hunt”.

The Government commissioned legal advice from Lord Pannick – a crossbench peer and longtime QC – set to be published today.

A senior source told Express.co.uk they believe the document will give an “absolutely devastating” assessment of the inquiry.

Lord Pannick is expected to suggest the inappropriate probe may have ramifications for years to come, causing Prime Ministers and ministers to avoid making statements in the Commons for fear they will be brought before a committee for giving the wrong information.

Concerns about the committee’s decision to accept anonymous testimony are also said to have also been raised, throwing the legitimacy of the investigation into further doubt.

So what do YOU think? Should the inquiry into partygate be dropped? Vote in our poll and join the debate in the comment section below.