Former U.S. Ambassador Nikki Haley will accuse President Biden of emboldening America’s enemies and implementing disastrous domestic policies in a scathing speech Thursday, according to a copy of her planned remarks obtained by Fox News.

Haley is considered a potential candidate for the GOP’s 2024 presidential nomination, and the remarks could serve as a precursor to a long-rumored run. Her wide-ranging rebuke targets Biden’s handling of immigration policy, the economy, diplomatic spats with Russia and China and various other sources of contention on Capitol Hill.

“America is retreating – and our enemies are rushing into the gap. We have a total lack of courage and commitment from our commander-in-chief,” Haley says in the speech. “Joe Biden isn’t leading from behind. Joe Biden is sleeping from behind. This year has been one embarrassment after another.” 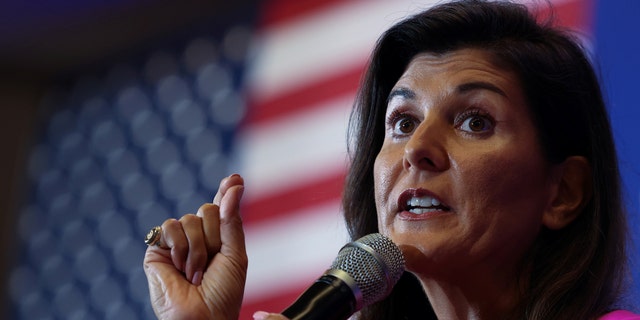 The speech was set to be delivered at a fundraising dinner for The Citadel Republican Society, where former South Carolina governor will become the first woman to receive the influential GOP group’s Nathan Hale Patriot Award – a key vote of confidence in the presidential primary state.

Haley, who served as U.S. ambassador to the United Nations from 2017 to 2018, argues Biden has failed to project strength on the international stage. She cites ongoing Russia-linked cyber-attacks, military expansion in China, and the widely criticized U.S. withdrawal from Afghanistan as signs that Biden and Democratic leadership are ill-equipped to protect the country’s interests.

“The fall of Afghanistan sent a message to the world,” Haley’s speech says. “It said America doesn’t stand by our friends. That’s exactly what our enemies wanted to hear.”

“Joe Biden is the greatest gift to America’s enemies since Jimmy Carter,” she adds. “And just like Carter, we’re going to make Joe a one-term president.”

Haley is critical of Biden’s leadership on domestic issues, describing a “loss of confidence and conviction in the American cause” at home as the “biggest threat” the country faces. She alleges the Biden administration has “turned against a colorblind society” and shunned the country’s founding values, citing clashes over critical race theory and alleged censorship by tech firms.

“Anger toward America is now the party line in the classroom, the boardroom, the media green room, and the backrooms of governments,” she adds.

Haley also takes aim at Biden’s signature legislative push, arguing that tax hikes and expanded social programs included in the president’s social spending bill amount to a “socialist agenda” that will result in long-term damage to the U.S. economy.

She warns the initiatives would create a “cradle-to-grave welfare state” that would stifle opportunities for Americans. The remarks echo similar rhetoric from GOP lawmakers who argue Biden’s economic plan will only exacerbate an ongoing inflation crisis. 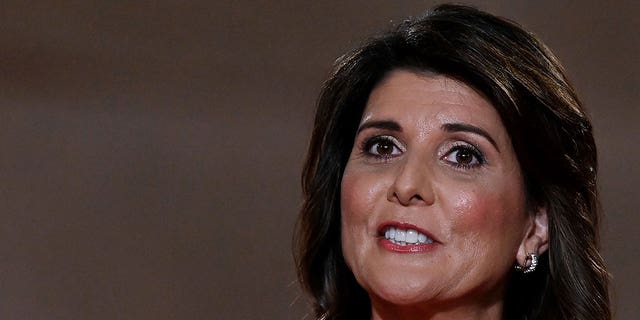 “This is America, not socialist Europe. The sooner Joe Biden and Democrats lose their jobs, the sooner we can set the stage for new jobs and bigger paychecks for American families,” Haley says.

The Patriot Award is The Citadel Republican Society’s highest honor. Past recipients include former Vice President Mike Pence in 2020 and former President Donald Trump in 2015.

Haley has yet to say whether she plans to run for the presidency. In April, she told the Associated Press that she would not run if Trump opted to seek another term in the White House.

The speech at The Citadel indicates Haley is laying the groundwork for a potential run. South Carolina hosts a key presidential primary.