He's a legend in New Jersey high school wrestling – and a mystery in the stock market.

Paul Morina, the principal of Paulsboro, New Jersey, High School, is listed in financial records as the president, CEO, CFO and more at a Nevada-incorporated company whose stock is trading at levels that give it a valuation more than $100 million.

That's an oddly high valuation because the company, Hometown International, owns a delicatessen — and only one small delicatessen — in Paulsboro, where the Morina-coached high school wrestling team frequently wins state championships. The company has disclosed that it has shareholders based in China's Macau territory.

The shop, the Hometown Deli, did just $35,000 in sales — combined — over the past two years, according to Hometown International's annual report, filed March 26 with the Securities and Exchange Commission.

Hedge fund manager David Einhorn mentioned Hometown International in a letter to clients Thursday, which warned about the risks to retail investors.

"The pastrami must be amazing," Einhorn cracked of the company, whose stock from late March 2020 to early September rose to more than $9 per share from $3.25 per share despite the deli — its only operating business — being closed due to the coronavirus pandemic during that time frame.

On Thursday, Hometown's stock, which trades thinly on the over-the-counter market, had a closing price of $13.50 per share.

That makes Morina's common stock holdings alone worth $20.5 million — on paper, at least.

FactSet data shows that Hometown rarely has more than a few hundred shares change hands per day, and often has days when no shares are exchanged.

CNBC has reached out for comment to Morina, whose biography in the SEC filing says he has won 25 class state championships as a coach, with more than 550 victories.

That biography does not say that Morina had prior experience in the food service industry.

Nonetheless, Hometown International said in its filing, "We believe that Mr. Morina's in-depth knowledge and extensive experience makes him a valuable member of our board of directors."

The filing says that Hometown International, which was incorporated in 2014, entered into a lease with Mantua Creek Group, of which Morina is a member, for its store space.

Hometown's vice president and secretary is Christine Lindenmuth — a 46-year-old math teacher at Paulsboro High School, according to the SEC filing.

Lindenmuth, who did not immediately respond to requests for comment, also does not appear to have any prior experience in food service.

But Hometown International said it believes her "in-depth knowledge and extensive experience" also make her a valued company director.

Lindenmuth holds no shares in the company, according to the SEC filing.

The annual report says, "The Company presently has no full-time employees apart from its officers and directors, Paul F. Morina, President, and Christine T. Lindenmuth." It adds: "Both are currently working for the Company without any compensation."

Hometown's annual report suggests that the company was formed with the idea of creating a chain of stores with "a new Delicatessen concept."

"Through our wholly-owned subsidiary, Your Hometown Deli Limited Liability Company ('Your Hometown Deli'), we operate a delicatessen store that features 'home-style' sandwiches and other entrees in a casual and friendly atmosphere," the filing says.

"The store is designed to offer local patrons of all ages with a comfortable community gathering places. Targeted towards smaller towns and communities, the Company's first unit was built in Paulsboro, New Jersey."

But that location, a low-slung, boxy building located just across the Delaware River from Philadelphia, remains the only store the company owns after about seven years in business.

The company's chairman, according to the annual report, is Peter Coker Jr., who is listed as holding no Hometown International shares.

Coker's bio in the company's annual report says the 1990 graduate of Lehigh University has been chairman of South Shore Holdings Limited, a Hong Kong-listed company, since 2013.

It also says that Coker was the managing partner of Pacific Advisers, and was also a partner in a Shenzhen, China-based private equity firm called TDR Capital Investment Ltd. from 2009 to 2013.

CNBC has reached out for comment from both Cokers.

Other owners of Hometown shares include Blackwell Partners LLC, Series A, which has an address in Hong Kong; and two other Hong Kong entities, Star V Partners LLC, and Maso Capital Investments Limited.

Four other companies or entities listed as Hometown International share owners are based in Macau, China.

One of the Macau companies, VCH Limited, in May 2020 entered into a consulting agreement with Hometown International, the filing said.

"Pursuant to this agreement, VCH was engaged as a consultant to the Company, to, among other things, create and build a presence with high net worth and institutional investors," Hometown said in its annual report.

"The term of the agreement is one year; provided, however, that each party has the right to terminate the agreement upon 30 days' prior written notice to the other," the report said.

"Pursuant to the agreement, VCH shall receive $25,000 per month during the term of the agreement, in addition to reimbursement of expenses approved in advance by the Company."

The elder Coker has been identified in other SEC-filed documents as is the founder and managing director of Tryon Capital Ventures, a North Carolina entity that has a consulting agreement with Hometown that pays Tryon $15,000 per month.

"We anticipate extending the term of the Consulting Agreement with Tryon for an additional one-year term," the annual report says. 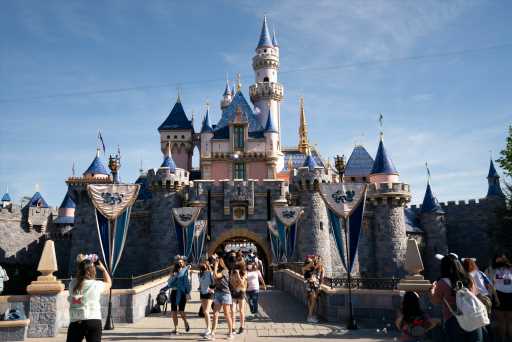