The Libertarian Party of New Hampshire ignited a social media firestorm this week when it called for the legalization of child labor.

MASSIE: CDC’S ENTIRE LEADERSHIP MUST BE FIRED OVER CORONAVIRUS ‘LIES’

“Legalize child labor. Children will learn more on a job site than in public school,” the New Hampshire Libertarian Party wrote on Twitter on Monday. “At the very least, the minimum age to work is a states’ rights issue. Federal minimum work ages are unconstitutional.” 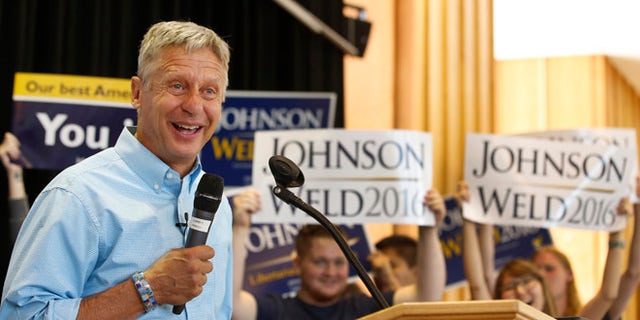 “I’m sorry, but no. This isn’t what libertarianism means to millions of Americans – pushing a disturbing and out of touch stance on child labor is entirely detached from what people need in America today. This does not advance liberty, or help change people’s opinions,” former Libertarian Party presidential nominee Gary Johnson responded.

Others responded with mockery.

“C’MON, WE ALREADY LET THEM BUILD THEIR OWN BEARS,” writer Jill Twiss wrote on Twitter.

“I am once again calling for outlawing the Libertarian Party,” Pedro Gonzalez of Chronicles Magazine wrote on Twitter.

The New Hampshire Libertarian Party doubled down on its message.

“It’s obvious that socialists are triggered by the idea of children working because they know any thirteen year-old capable of holding a job is more reliable and capable than they are at 45,” the group wrote on Twitter on Tuesday.

Every state has its own laws governing child labor, but the baseline federal laws are the Fair Labor Standards Act enacted in 1938. The laws “were enacted to ensure that when young people work, the work is safe and does not jeopardize their health, well-being or educational opportunities,” according to the Department of Labor.

For kids ages 12 to 15 to work in New Hampshire, their employers must obtain a Youth Employment Certificate for all minor employees, according to the state’s Department of Labor. Sixteen- and 17-year-olds must have written parental permission on file with their employer.

Fox News’ inquiry to the Libertarian Party of New Hampshire was not returned at the time of publication.