"He said he wanted to be a unifier in January 2021, and he's not proven to do that so far," Republican Ted Budd told FOX Business’ Maria Bartiromo. "But if he wants to reach across the aisle and do what's good for our country rather than keep dividing us, then I'm all in."

In an exclusive interview on "Mornings with Maria" Thursday, Senator-elect Budd expressed the importance of finding policy that unites Americans and tackles top issues like crime, energy, inflation and education. His victory is a key win for Republicans who hoped to keep this seat in GOP control as they fight to regain a Senate majority.

Budd, who’s served three terms in the House and resided on the Financial Services Committee, explained how he wants to help market supply meet demand and bring inflation down.

BIDEN SAYS THERE'S NO ‘GUARANTEE’ COUNTRY WILL ‘GET RID OF INFLATION’

The senator-elect further argued that the Biden administration’s fiscal stimulus – the $1 trillion bipartisan infrastructure bill and the $3.5 trillion spending plan – is the root cause of decades-high inflation. Budd also claimed he’d work with the GOP to rescind that spending. 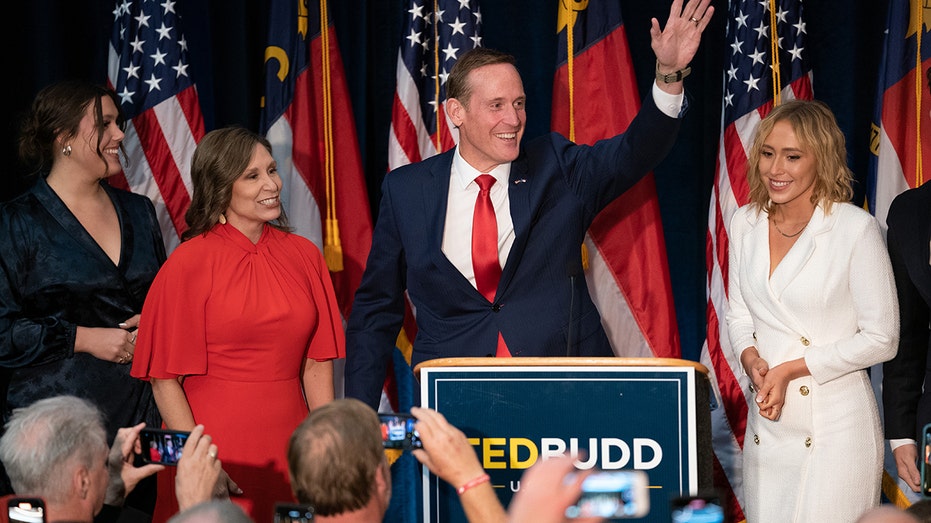 "Too much money chasing too few goods," Budd said. "And that's exactly what you had with the so-called American Rescue Plan in April of 2021. It was completely inappropriate. We didn't need it, and that money that's still out there would only drive inflation further up."

Republicans should also use their "gavels" to stop the Inflation Reduction Act’s beefing up of Internal Revenue Service (IRS) agents, Budd noted.

"When Biden overspends, [when] he wants to hire 87,000 more agents to come and scrape it out of people's purses and pocketbooks and wallets, let's not allow that," Budd said. "Let's put the brakes on his agenda like we said we would."

On Thursday, the Labor Department said the consumer price index, a broad measure of the price for everyday goods including gasoline, groceries and rents, rose 0.4% in October from the previous month. Prices climbed 7.7% on an annual basis. 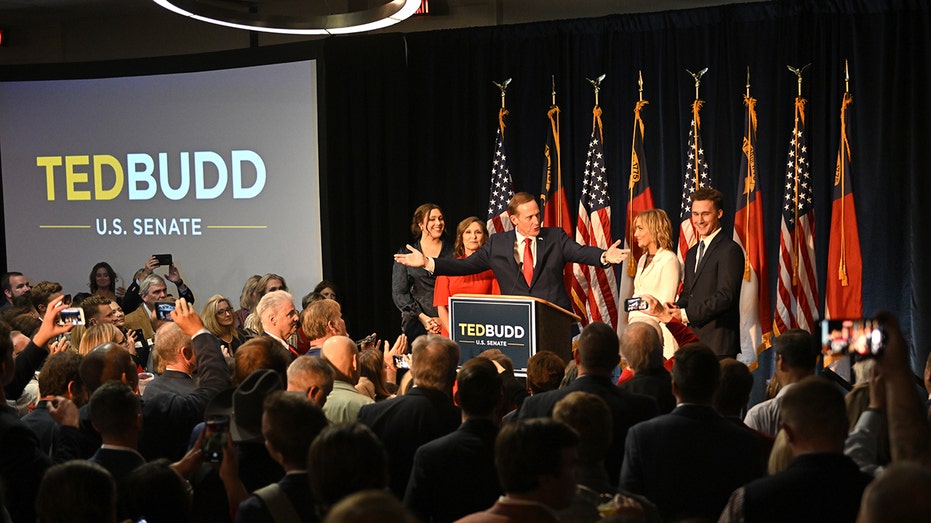 Ted Budd hods a victory election night party in the evening of the midterms in Winston-Salem, N.C., on November 08, 2022. (Getty Images)

"Why did I win here in North Carolina with a pretty substantial margin?" the senator-elect continued. "Because we talked about inflation, and we talked about crime, we talked about giving parents a say in their kids’ education. Again, let's not forget that when we get to Washington, we got to win."

With three Senate seats still left up for grabs, and one of those races headed for a December runoff election, Budd believes Republicans will cross the majority finish line.

"Let's get Nevada across the line. Let's do everything we can to help out a future colleague, Blake Masters," Budd said. "And I think Herschel is going to win it. But we just got to be all in here. We've got to be completely unified as a party." 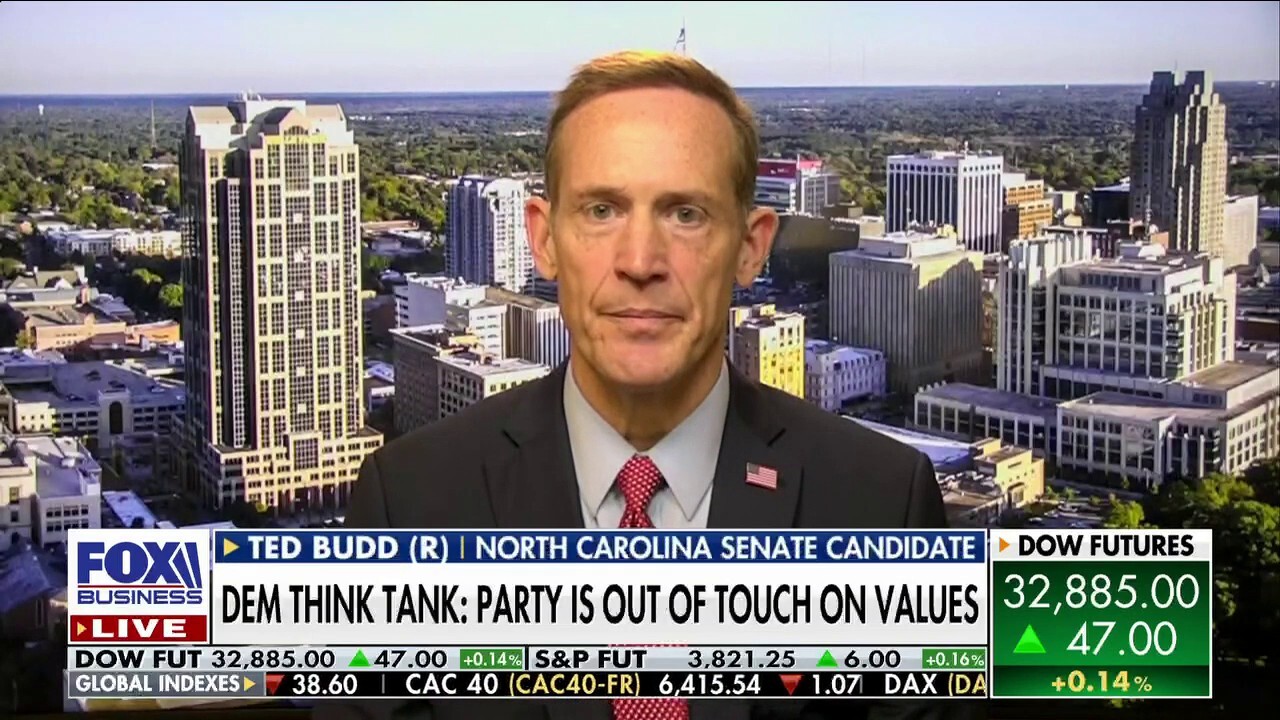 Americans are ‘furious’ with Democrats for making ‘their lives worse’: Rep. Ted Budd

Senate candidate Rep. Ted Budd, R-N.C., unpacks the key issues facing voters in the midterms and shares how Republicans plan to combat Democrats’ policies if they take back Congress.

House Republican leader Rep. Kevin McCarthy, who officially announced his bid for Speaker, has declared a GOP victory in the midterm elections.

"It is clear that we are going to take the House back," Rep. McCarthy proclaimed late on election night. "We will be in the majority and [House Speaker] Nancy Pelosi will be in the minority."

While the odds are in their favor, as of Thursday morning, the House GOP had not grasped the majority and the balance of power in both chambers were still in play.