Military Ramps Up Evacuations From Kabul, but Bottlenecks Persist 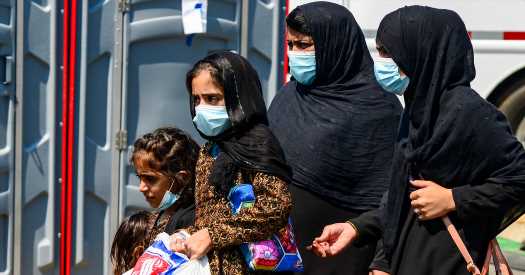 The Pentagon has increased the number of flights, but questions remain about whether the military can sustain the pace as the deadline to end the operation draws near. 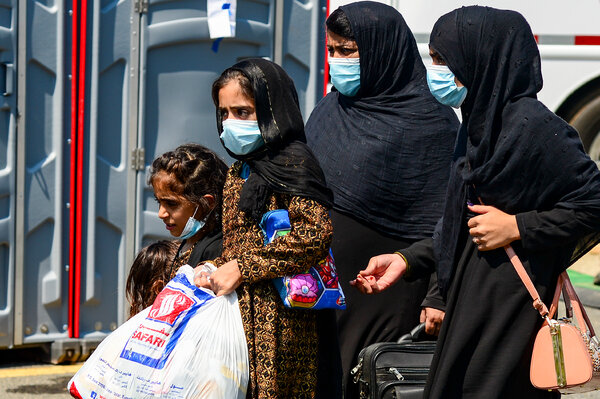 By Helene Cooper and Eric Schmitt

WASHINGTON — With the Aug. 31 deadline for a U.S. withdrawal from Afghanistan rapidly approaching, the Pentagon has sharply ramped up the speed of evacuations from the Kabul airport, flying out 21,600 people in 24 hours, Defense Department officials said Tuesday. But bottlenecks in the system, and President Biden’s insistence that all troops leave the country by the end of the month, may prevent the military from keeping that pace.

The race against time means that the 5,800 Marines and soldiers at Hamid Karzai International Airport must try to evacuate thousands more Americans and Afghan allies, and then get themselves out, somehow erasing the detritus of 20 years of war in Afghanistan in the next seven days.

That process began on Tuesday, as John F. Kirby, the Pentagon spokesman, said that several hundred headquarters, maintenance and other support troops who were not essential to the escalating evacuation operation had left the country.

Defense officials have been loath to say publicly, though, what seems increasingly clear: Some people will be left behind.

Since Aug. 14, when Kabul fell to the Taliban, more than 70,700 people have been evacuated from Afghanistan as of Tuesday evening, Mr. Biden said.