Mark Dolan discusses if Truss can ‘bounce back’ after eventful week

On Sunday evening, GB News Presenter Mark Dolan had Tim Montgomerie, the former advisor to Boris Johnson, on to discuss if Liz Truss can “bounce back” after experiencing criticism over her Government’s mini-budget plan. This week, the Prime Minister has also faced the pound crashing to its lowest level in decades and an emergency intervention by the Bank of England.

GB News guest Tim Montgomerie believes that Liz Truss can recoup, but she must give a proper explanation for her actions.

The former advisor said: “What people cannot stand with politicians…is if they’re not straight with people.

“Liz Truss hasn’t been straight with people up until now, she hasn’t really made the case for what she’s doing, she’s hidden in all sorts of convoluted ways behind the energy price cap. 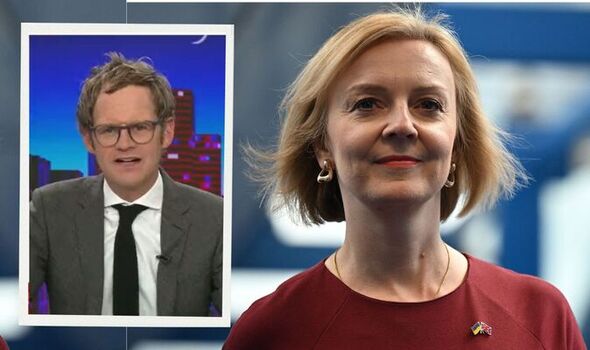 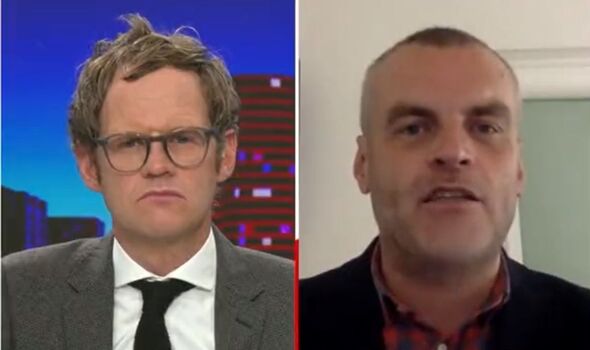 In the same segment, Mr Montgomerie spoke about the interviews the Prime Minister gave with several local radio shows on the BBC.

He said: “The interviews that she gave on BBC local radio last week after she disappeared for six days, she was talking about the energy price cap and trying to pretend that what had caused the turbulence in the markets was her intervention to cap the energy prices that are facing people.”

This week, Ms Truss spoke with several local radio stations in a series of short interviews that went viral on social media after presenters grilled the Prime Minister over her economic plan.

The presenter for BBC Bristol, James Hanson, was particularly critical of Ms Truss, and said to the Prime Minister: “It’s hard to know what is falling more since you entered Downing Street, the value of the pound or the Tory poll rating.” 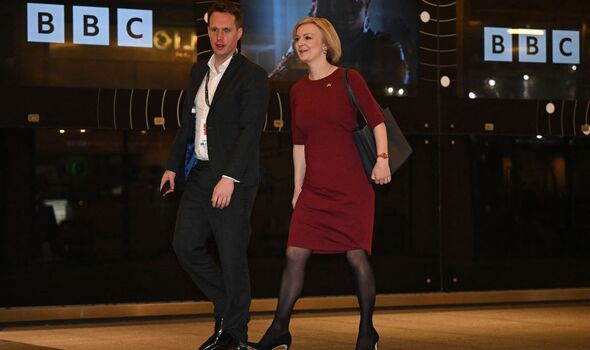 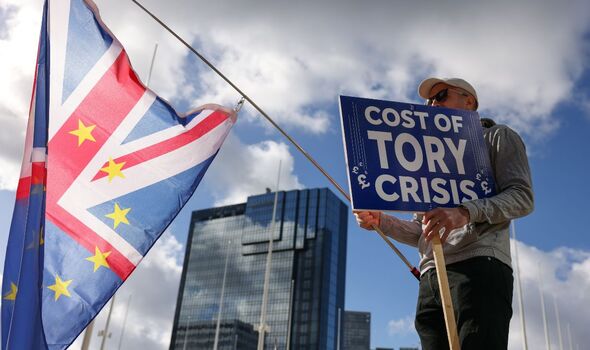 Labour has taken over the lead from the Conservatives in four separate polls this week, resulting in the highest lead Labour has seen in recent history.

The YouGov survey published by the Times shows Labour at 33 points ahead of the Conservatives.

Another poll, by Survation, showed Labour had a 21-point lead while Redfield & Wilton recorded a 17-point lead.

A Deltapoll survey published by the Mirror showed Labour had a 19 point lead over the Conservatives.

Joe Twyman, the co-founder of Deltapoll, said: “2022 has not been a good year for the Conservatives. The party has not led in the polls at any point throughout the entire year.”

He added: “Liz Truss and Conservatives will be hoping that their party conference provides an opportunity for turning around their fortunes – and that the gap they have overcome stops increasing in size.” 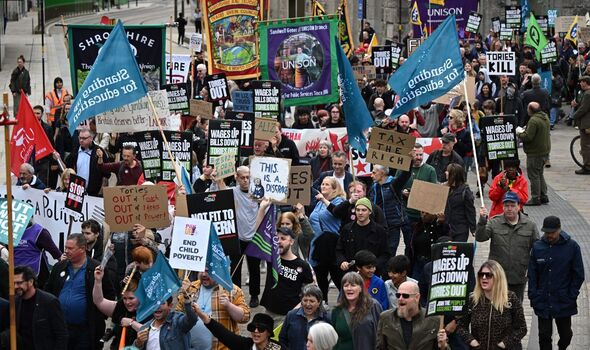 Protests gathered outside the conference at Victoria Square organised by the People’s Assembly are camping against the recent economic mini budget by the Government as well as the cost of living crisis.

One protester told the Press Association: “The kind of final straw is the announcement of the richest people getting a tax cut. Trickle-down economics doesn’t work.”

Mike Lynch, leader of the RMT union, was a speaker at the event and spoke with the BBC.

He said: “The unions have got to be with the ordinary people of this country, organising, campaigning and fighting back against this cuts agenda.”

However, Ms Truss told the BBC she was confident the Government’s plan to cut taxes would bring about economic growth.