A majority of House Democrats signed a letter to President Joe Biden on Tuesday calling for the White House to temporarily waive patents and other intellectual property protections preventing developing countries from mass-producing COVID-19 vaccines.

The letter, drafted by Rep. Jan Schakowsky (D-Ill.) with the support of 109 colleagues, pitches Biden on the opportunity to save lives as well as improve the United States’ global image, battered during the Donald Trump administration.

Biden has thus far declined to lift the United States’ opposition to the World Trade Organization, or WTO, even considering a temporary waiver of the protections for drugmakers.

“Your Administration has an incredible opportunity to reverse the damage done by the Trump Administration to our nation’s global reputation and restore America’s public health leadership on the world stage,” the letter states. “To bring the pandemic to its quickest end and save the lives of Americans  and people around the world, we ask that you reverse the Trump position and announce U.S. support for the WTO [Trade-Related Aspects of Intellectual Property] waiver.”

The letter’s signatories span the ideological spectrum and include a number of moderate Democrats in swing seats, including Reps. Jared Golden of Maine and Elissa Slotkin of Michigan.

The world’s wealthiest nations and the drugmakers based in those countries insist that temporarily waiving, or deactivating, global intellectual-property regimes will not instantaneously hand developing countries the technological know-how and raw materials for vaccine production.

But these developing countries, led by India and South Africa, maintain that even if the waiver is not sufficient on its own for an adequate global vaccine supply, it is at least a necessary prerequisite. 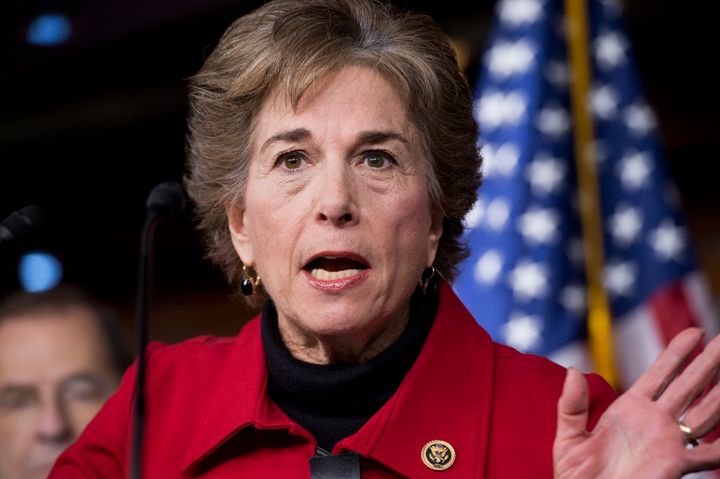 As it stands, the voluntary arrangements that the United States and its allies have erected to solicit vaccine donations and technology transfers have proven vastly inadequate at supplying lower-income nations with vaccines. India, in particular, is struggling to dispose of dead bodies as the pandemic reaches lethal new heights.

In addition, with COVID-19 continually mutating, waiver proponents emphasize that the United States has a vested interest in producing and administering as many vaccine doses as possible, as quickly as possible.

“Biden is getting quite good marks ― even from a lot of Republicans ― about how he’s taken on COVID,” said Lori Wallach, director of Public Citizen’s Global Trade Watch. “All of that positivity and the health gains could be lost, if they’re not paying attention and a vaccine-resistant variant ends up brewing someplace else, inevitably spreading worldwide and we all end up on lockdown again.”

Schakowsky’s letter is the latest in a series of efforts by congressional Democrats, progressive groups and global humanitarians to nudge Biden closer to supporting a waiver.

In the Senate, Bernie Sanders (I-Vt.) also sent a letter to Biden endorsing the patent waiver, attracting the support of nine other members of the Senate Democratic Caucus. The pivotal centrist Sen. Joe Manchin (D-W.Va.) has expressed openness to the idea.

On Thursday, the terminally-ill progressive activist Ady Barkan released a video calling on Biden to stay true to a promise.

In Barkan’s video, he plays an excerpt from a pre-election, on-camera interview with Biden in which Biden affirmed to Barkan his support for waiving COVID-19 vaccine patents that prevent mass production of the vaccine.

“Absolutely, positively,” Biden replied when asked to commit to the waiver. “This is the only humane thing in the world to do.”

Biden has promised to make vaccines universally available, but declined to commit to the temporary patent waiver. “I think we’ll be in a position to be able to share vaccines as well as know-how with other countries who are in real need,” he said in late April.

Plenty of Democrats are wary of lifting the intellectual property rules. Many of them are among Congress’ top-25 recipients of campaign contributions from pharmaceutical industry political action committees.

Sen. Chris Coons (D-Del.), a Biden confidant and the 16th-largest recipient of pharmaceutical industry PAC donations last election cycle, has been outspoken in defense of the patents.

“A central part of being successful in this competition is continuing with our constitutionally created protected property right of a patent,” Coons said in an April speech.