Giorgia Meloni says the EU has an 'inadequacy to respond'

Italians will head to the polls on Sunday, September 25, after Prime Minister Mario Draghi’s national unity government was brought down by party infighting in July. Polls have consistently shown that a rightist coalition led by the nationalist Brothers of Italy party and also involving Matteo Salvini’s League party and Silvio Berlusconi’s Forza Italia is on course for a clear victory. Brothers of Italy leader Giorgia Meloni would be the likely choice to be the country’s first female prime minister.

Her party belongs to the eurosceptic European Conservatives and Reformists group in the European Parliament, together with the newly elected government of Sweden Democrats.

But Ms Meloni has also received the backing of French allies in the Identity and Democracy group in Strasbourg.

He said: “In Italy, we are seeing what we are seeing everywhere. The popular will is going in the same direction, and there’s nothing extreme about it. It’s democratic.

“The general political evolution of Italy seems to me obviously very favourable. Especially since we have many friends in ECR. The idea, of course, is to form a large group.” 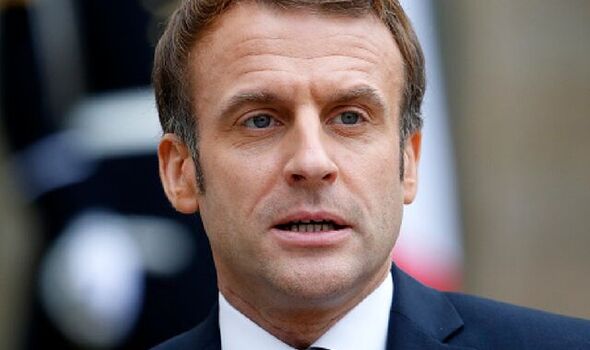 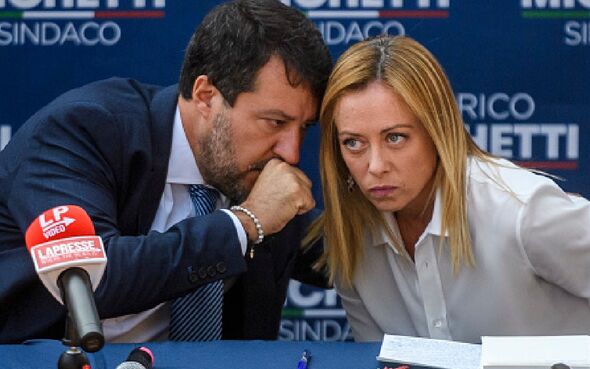 But in Paris, Emmanuel Macron’s government is increasingly growing worried about the surge of eurosceptic forces in the EU.

Speaking to France Inter radio, French Secretary of State for Europe Laurence Boone said Ms Meloni’s popularity is worrying, “because it reflects the disarray of voters who are turning away from the traditional parties and because the responses (of the far right) are unstable, on the euro, on Russia”.

Asked whether he was concerned over future relations between France and Italy should Ms Meloni become prime minister, she replied: “So, we can have working relations.

“What I find worrying is the back and forth and the uncertainty it creates on issues as important as Russia and social rights.

“We have made a lot of progress on health, defence, climate, energy, social issues (…) and this is not going to slow down.

“But there are subjects on which it will be more difficult when we talk about immigration or societal issues, abortion.”

As in other European countries, the cost of living crisis in Italy has overshadowed other concerns such as immigration, crime and public services.

The conservative alliance has called for tax cuts across the board to help Italians cope with rising prices, while the PD wants tax reductions to be more targeted towards lower income groups.

Ms Meloni has repeatedly voiced her support for Western policy against Russia after it invaded in Ukraine. But League leader Matteo Salvini has called for the European Union to shield Italians from the economic side-effects of sanctions imposed on Russia over the invasion.

Ms Boone’s comments also come as elections in Sweden marked a watershed in Swedish politics with the anti-immigration Sweden Democrats, a party with roots in the white supremacist fringe, on the threshold of gaining influence over government policy this week.

The success of the party, which took over from Ulf Kristersson’s Moderates as the country’s second biggest, has raised fears that Sweden’s tolerant and inclusive politics are a thing of the past.

However, their mantra that Sweden’s ills – particularly gang crime – are a result of decades of overgenerous immigration policies have hit home with many voters.

Mr Kristersson said he would build a government “for all of Sweden and all citizens”.

“There is a big frustration in society, a fear of the violence, concern about the economy, the world is very uncertain and the political polarisation has become far too big also in Sweden,” he said. “Therefore my message is that I want to unite, not divide.”

Though Mr Kristersson’s party is smaller, Sweden Democrat leader Jimmie Akesson cannot get the broad backing from the right needed to oust the Social Democrats.

Mr Kristersson is likely to try and form a government with the Christian Democrats and rely on support in parliament from the Sweden Democrats and Liberals.