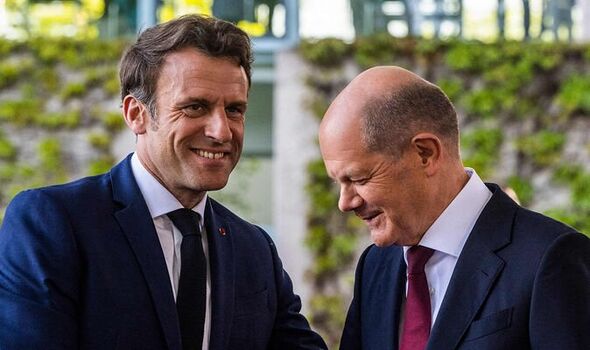 Requests for a new mandate to try and end the frictions surrounding negotiations on the Northern Ireland Protocol have been roundly rejected by EU leaders, João Vale de Almeida warned.

He said the British Government’s desire to change the terms of the international treaty, agreed as part of the 2019 EU withdrawal agreement, would not be accepted by political leaders on the continent.

It leaves hopes of a diplomatic solution to ease the tensions between London and Brussels in tatters.

Earlier this week, Foreign Secretary Liz Truss announced plans to pass new legislation to unilaterally change the terms of the Northern Ireland Protocol if the EU did not compromise on its red lines in talks.

She urged the EU to change the mandate of its negotiator to allow more flexibility in finding a solution.

The South West Norfolk MP warned the current strict implementation of the deal by the bloc was undermining the UK’s internal market and at risk of destroying the Good Friday Agreement,

There is frustration among ministers that the terms of negotiation from EU leaders leave the European Commission without the flexibility necessary to find a solution to the current impasse caused by the Protocol.

Eurocrats can only engage based on the terms set out by the elected leaders of EU member states.

He said: “We were told that we should get a new mandate.

“Well, I can tell you very clearly what the member states are telling us is it’s very simple.

“You don’t need a mandate and even if you ask for one, you will not get it.

“This is what we got from our member states.”