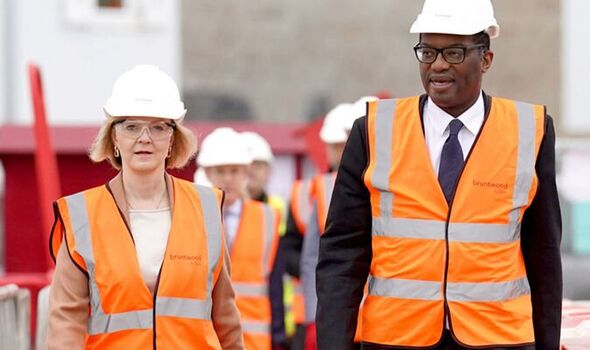 Liz Truss refused six times this morning to rule out fresh U-turns as the embattled Prime Minister continues to face mutiny among the Tory ranks.

The Prime Minister failed to give a clear answer when repeatedly asked if there was a chance she may cave to pressure from backbenchers again over her plan for growth.

It comes just 24 hours after the Chancellor announced he was abandoning the abolition of the 45p top rate of tax.

Kwasi Kwarteng said “we get it and we have listened” as he confirmed the U-turn under pressure from angry Conservative MPs.

Not ruling out more changes, Ms Truss told LBC this morning: “We do listen to people and we bring the country with us.”

There is concern within the party that the Government is set to abandon a pledge to uplift benefits in line with inflation, as well as the decision to end the cap on bankers’ bonuses.

MPs fear the policies risk being an electoral disaster after polls showed Labour were on course for a majority in the House of Commons.

Mr Kwarteng yesterday also appeared to cave to pressure over his planned timetable for setting out the Office for Budget Responsibility’s official forecasts for UK growth.

The Chancellor had been planning to wait until November 23 to publish his medium-term fiscal plan and forecasts.

But it is understood he will publish them later this month after he told the Tory party conference in Birmingham he will set out more “shortly”.

The lack of forecasts has been blamed by some for the market panic following his tax-cutting measures announced on September 23.

An additional £105billion of borrowing is required in order to fund the plans set out in the so-called mini-budget.