U.S. influence began waning in the region over the past decade, as successive administrations turned toward fighting terrorism in the Middle East. 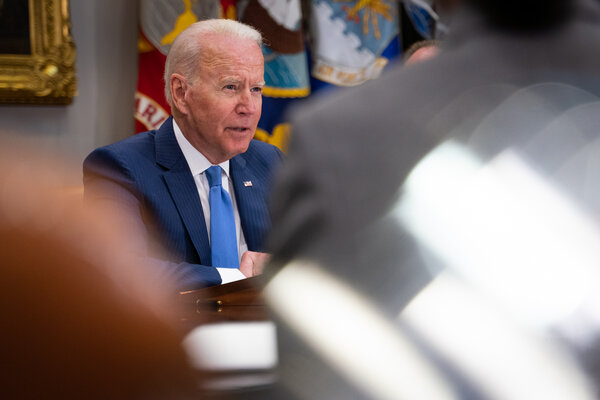 WASHINGTON — President Biden took office with bold warnings for Russia and China about human rights as he pressed democracies around the world to stand up against autocracy. But this week, he is facing a string of similar challenges in America’s neighborhood.

On Monday, a day after huge protests across Cuba, Mr. Biden accused officials there of “enriching themselves” instead of protecting people from the coronavirus pandemic, repression and economic suffering.

An hour later, the State Department announced it was revoking visas that had allowed 100 Nicaraguan politicians, judges and their family members to travel to the United States, as punishment for undermining democracy, suppressing peaceful protests or abusing human rights.

By early afternoon, Mr. Biden refocused on Haiti, urging its political leaders to “come together for the good of their country,” less than a week after President Jovenel Moïse was assassinated in his bed.

The turmoil presents a potential crisis closer to home, with a possible exodus of Haitians as the Biden administration contends with a surge of migrants at the southwestern border. It is also forcing the White House to focus on the region more broadly after years of indifference — or limited attention — from previous Republican and Democratic administrations.

“The clear trend line is that we’ve been very worried about democratic institutions over time,” Patrick Ventrell, the State Department’s director of Central American policy, said on Monday. He estimated that more than half of the seven countries in Central America were grappling with challenges to freely elected systems of government.

But U.S. influence began waning in the region over the past decade, as it turned toward fighting terrorism in the Middle East and as Russia and especially China moved in to finance projects and offer political support and other incentives.