The polling company asked 1,624 adults on August 24 and 25 If Joe Biden has damaged the special relationship with his interventions on Brexit and the Northern Ireland Protocol.

Just 20 percent said he was not putting the important allyship at risk, while 14 percent said they did not know.

The US has historically been Britain’s closest partner on the international stage with the two countries working hand in hand.

But there have been frictions between No10 and 1600 Pennsylvania Avenue since Mr Biden’s election victory. 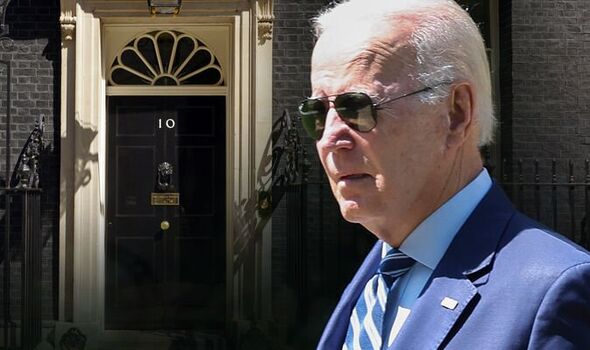 Proud of his Irish heritage, the Democrat has threatened retaliatory measures against Britain if Brexit undermines the Northern Ireland peace process.

He has been vocal in his criticism of UK attempts to renegotiate the Northern Ireland Protocol.

He sided with the European Union even before proposals for change were put on the table.

Unionists fear customs checks imposed by the EU on goods entering the province from Great Britain are undermining the integrity of the United Kingdom.

Ministers sought to find a compromise solution with Brussels but have since warned they could be forced to take unilateral action.

“The best path forward is a pragmatic one that requires courage, co-operation and leadership,” a spokeswoman for Mr Biden said as recently as May, warning against action without EU agreement. 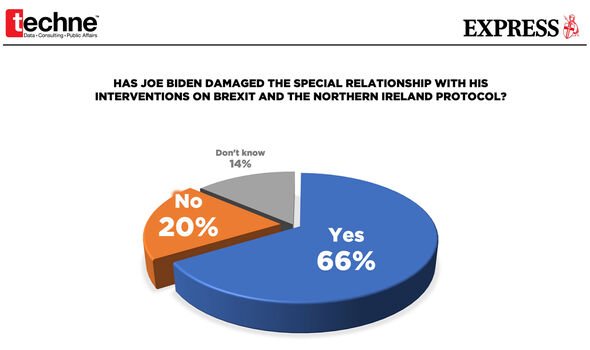 “We urge the parties to continue engaging in dialogue to resolve differences and bring negotiations to a successful conclusion.”

Meanwhile, close ally Nancy Pelosi said Democrats “cannot and will not support a bilateral free trade agreement” with the UK if such action was taken.

Responding to the new polling, Sarah Elliott, spokeswoman for Republicans Overseas UK told Express.co.uk: “Joe Biden’s presidency has been a train wreck since the very beginning from stopping the keystone pipeline development, unnecessary inflationary spending, the embarrassingly-horrific withdrawal from Afghanistan to the hurtful interventions on the sensitive Brexit negotiations with the US’s best ally, the United Kingdom.

“All of these, and many more, are unforced errors with huge ramifications. 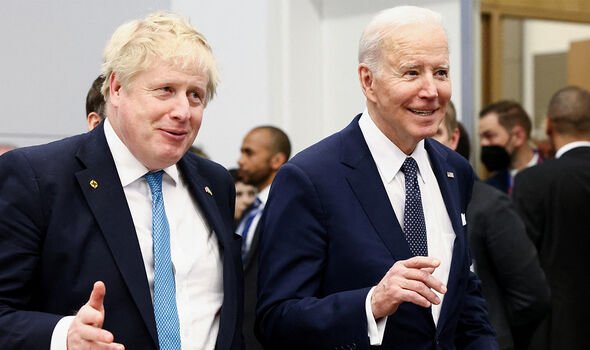 “Joe Biden clearly did not learn from President Obama when his interference in the EU Referendum with the comment ‘back of the queue’ backfired.”

Express.co.uk has previously reported on frustrations within the Conservative party at Mr Biden’s slow pace at selecting a new ambassador to the UK.

The President’s representative did not take up her out until May 25 – almost 18 months after Mr Biden was inaugurated.

An ambassador to the EU was in place by December 2021.