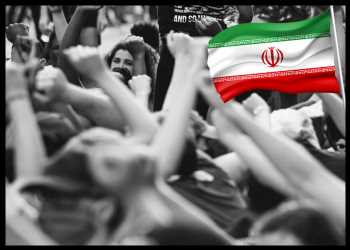 In a historic vote, a resolution was passed at the United Nations to remove Iran from the Commission on the Status of Women in response to the Iranian regime’s systemic repression of women and girls.

29 member states of the 54-member UN Economic and Social Council (ECOSOC) voted in favor of the resolution to remove Iran from the Commission on the Status of Women (CSW) for the remainder of its four-year term ending in 2026.

The resolution, introduced by the United States, was opposed by eight countries, including Russia and China, with 16 countries abstaining.

Speaking ahead of the vote, US Ambassador Linda Thomas-Greenfield said, “Iran’s membership at this moment is an ugly stain on the Commission’s credibility.”

More than 300 demonstrators were killed and 14000 others were arrested in nationwide protests that began on September 16 in response to the death of Iranian university student Jina Mahsa Amini while she was in custody of the Islamist nation’s so-called morality police.

Jina Mahsa Amini, a Kurdish 22-year-old woman, was taken into custody on September 13 alleging that a few locks of her hair reportedly appeared under her hijab.

The young woman was reportedly beaten on the way to custody. She fell into coma and died three days later.

“We know she was killed for the crime of being a woman. And for too long, for too often, this was not such an unusual thing in Iran,” said Thomas-Greenfield.

The UN Commission on the Status of Women (CSW) was established in 1946, and has become instrumental in promoting women’s rights, documenting the reality of women’s lives throughout the world, and shaping global standards on gender equality and the empowerment of women.

The UN Human Rights Council last month had established a fact-finding mission to investigate alleged human rights violations in Iran, especially with respect to women and children, related to the violent crackdown on protestors.

Over the last week alone, the United States has issued three separate sets of sanctions targeting Iran’s financing of terror, protest-related human rights violations, and provision of UAVs to Russia for attacks against Ukraine’s critical infrastructure.

“The recent horrifying executions in Tehran only strengthen our resolve to expand this growing consensus and pursue all possible mechanisms of accountability against the Iranian regime and its officials responsible for these atrocities,” said U.S. National Security Advisor Jake Sullivan.