Gun reform stands little chance of passing through Senate, even with a Democratic majority 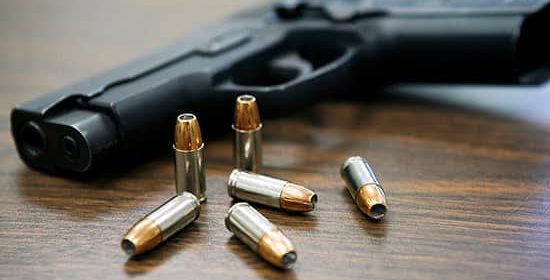 Elizabeth Esty wasn’t even Rep. Esty in December 2012 when she had to appear at “one of those news conferences.”

At that stage, she was Rep.-elect Elizabeth Esty, D-Conn. But events thrust her into the familiar spotlight that lawmakers often find themselves in the day after a mass shooting.

“This Congress has not shown the courage to pass commonsense gun reforms,” said Esty the day after the massacre at Sandy Hook Elementary in Newtown, Conn. “It is not too late for this Congress to do better. And now is the time.”

But, as Esty and others would learn, it wasn’t. 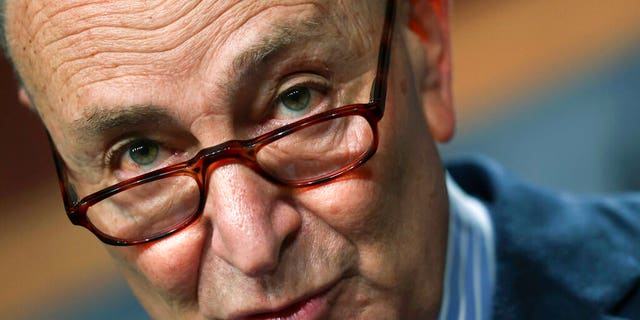 Sen. Chris Murphy, D-Conn., Esty’s predecessor in the House, found himself at one of “those” press conferences in early October 2017. It was just a few days after a gunman opened fire on a country music concert, just off the Vegas Strip.

“We are here today to say that enough is enough,” declared Murphy.

But it wasn’t enough.

“The time for talk is over,” said the current Health and Human Services Secretary and then-Rep. Xavier Becerra, D-Calif., just after the 2018 slaughter at Marjory Stoneman Douglas High School in Parkland, Florida. “It’s time to act.”

But it still wasn’t.

“Now, let’s do something,” said Durbin.

Senate Majority Leader Chuck Schumer, D-N.Y., spoke at the same news conference. The New York Democrat is taking pains to contrast his leadership of the Senate with that of Minority Leader Mitch McConnell, R-Ky. – especially in the early months of the Democratic majority. 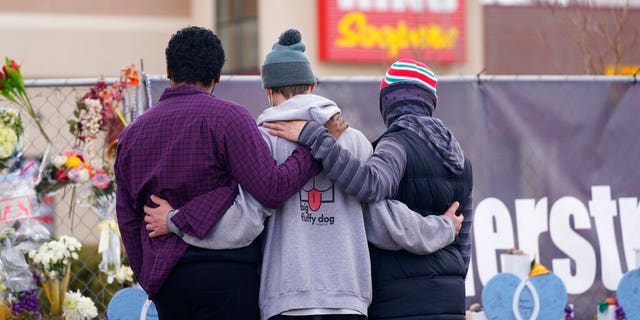 Mourners console each other along the temporary fence line outside the parking lot of a King Soopers grocery store, the site of a mass shooting in which 10 people died, Friday, March 26, 2021, in Boulder, Colo.
(AP)

“This Democratic-led Senate will be different. The Senate is not going to hide. We’re going to debate and address the epidemic of gun violence in this country,” promised Schumer.

That is the familiar rhetoric we heard after the shootings at Columbine, San Bernardino, El Paso, Dayton, Orlando.

But things are slightly different this time in the shadow of two mass shootings. And I asked Schumer about that phenomenon last week:

Pergram: None of these mass shootings have happened in an environment when there is a serious conversation about turning off the filibuster. Why would this not be the occasion if you really want to get gun control?

Schumer: I am going to meet with Sen. Murphy and other Democrats this week that had been set up already. And we will figure out the best path forward.

It’s unknown what legislative solution might actually curb mass shootings. Lawmakers have proposed a host of approaches, ranging from better access to treatment for mental health issues, to tightening up gun sales rules and background checks. There’s yet another discussion about banning what are described as “assault weapons.”

Actual, speaking filibusters rarely derail potential gun legislation. But threatened filibusters, or, as we have described in this space, “phantom” filibusters, are what prevent the Senate from addressing gun deaths. As things stand now, it takes 60 votes to overcome a filibuster just to start debate on a bill and end debate on a bill.

You have a better chance of moving cargo ships through the Suez Canal right now than advancing gun reform through the Senate.

This is why it took months for the Senate to have a cavalcade of votes on various gun proposals in 2013, long after the murders in Newtown. Everyone in the Senate knew there was no way to get 60 votes for any gun plan. That’s the “phantom” filibuster. So, Senate leaders finally engineered a deal to consider several gun bills.

The bipartisan pact set aside any option to filibuster the bills. Some of the measures scored more than 50 votes – the requirement for passage under most circumstances. But the bipartisan agreement between then-Majority Leader Harry Reid, D-Nev., and McConnell was designed to fail.

They knew that no bill could command 60 votes and withstand a filibuster just to start debate on that measure and 60 votes to finish debate. So rather than burn a lot of extra Senate time, the Senate conducted several roll call votes in succession, each subjected to a special, 60-vote threshold for passage.

Everything died because no bill scored 60 votes.

And that was that on gun votes for a long time.

Sen. Joe Manchin, D-W.Va., is back at the center of this conversation – for a variety of reasons. First, guns are important to Manchin and his constituents in West Virginia. Second, Manchin is the pivotal key vote in the Senate on most subjects. Third, Manchin teamed with Sen. Pat Toomey, R-Pa., after Newtown to develop a bill to require background checks for firearms purchased at gun shows and online. “Manchin-Toomey” failed to command 60 votes in 2013. 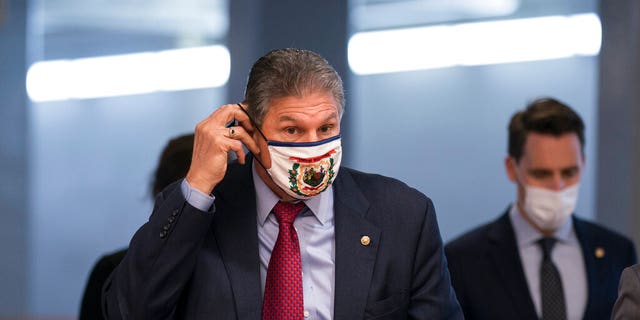 Sen. Joe Manchin, D-W.Va., adjusts his face mask as he arrives for votes on Biden administration nominees, at the Capitol in Washington, Tuesday, March 16, 2021.
(AP)

The House approved two bills on background checks recently. One extends the timeframe the FBI has to conduct background checks for firearm purchases. The other closes the so-called “Charleston Loophole.” This refers to the 2015 Charleston, South Carolina, mass shooting in which Dylann Roof killed nine Black worshipers at a Bible study. Roof was able to purchase the gun he used in the attack when the background check wasn’t wrapped up after three days.

Those bills face an unclear future in the Senate. Manchin says he opposes them. Still, Schumer says he’ll put the bills on the floor.

It’s not that simple.

And that will be that on guns.

The House and Senate are now both on their first, multi-week recesses since last they approved one of the initial, big COVID relief measures at the end of March 2020. The House cut town more than a week ago. The Senate on Thursday – without acting on guns.

So far, there’s no move by Democrats to eliminate the filibuster. They can’t. Democrats lack the votes to do so. And when President Biden spoke about extinguishing the filibuster in recent days, it was mostly in the context of the Democrats’ voting access bill.

But consider Manchin’s stance on guns for a moment. Even if the Senate diminished the requirement to eliminate a filibuster to 51 yeas, they may not have his support, or the backing of other Democrats, on a firearms bill. Such a bill may not pass.

In other words, this debate may not be about the filibuster at all.

Sure, Democrats may have more political and legislative energy on voting rights legislation. But guns are another matter.

And that likely means there will someday be another version of “one of those news conferences.” 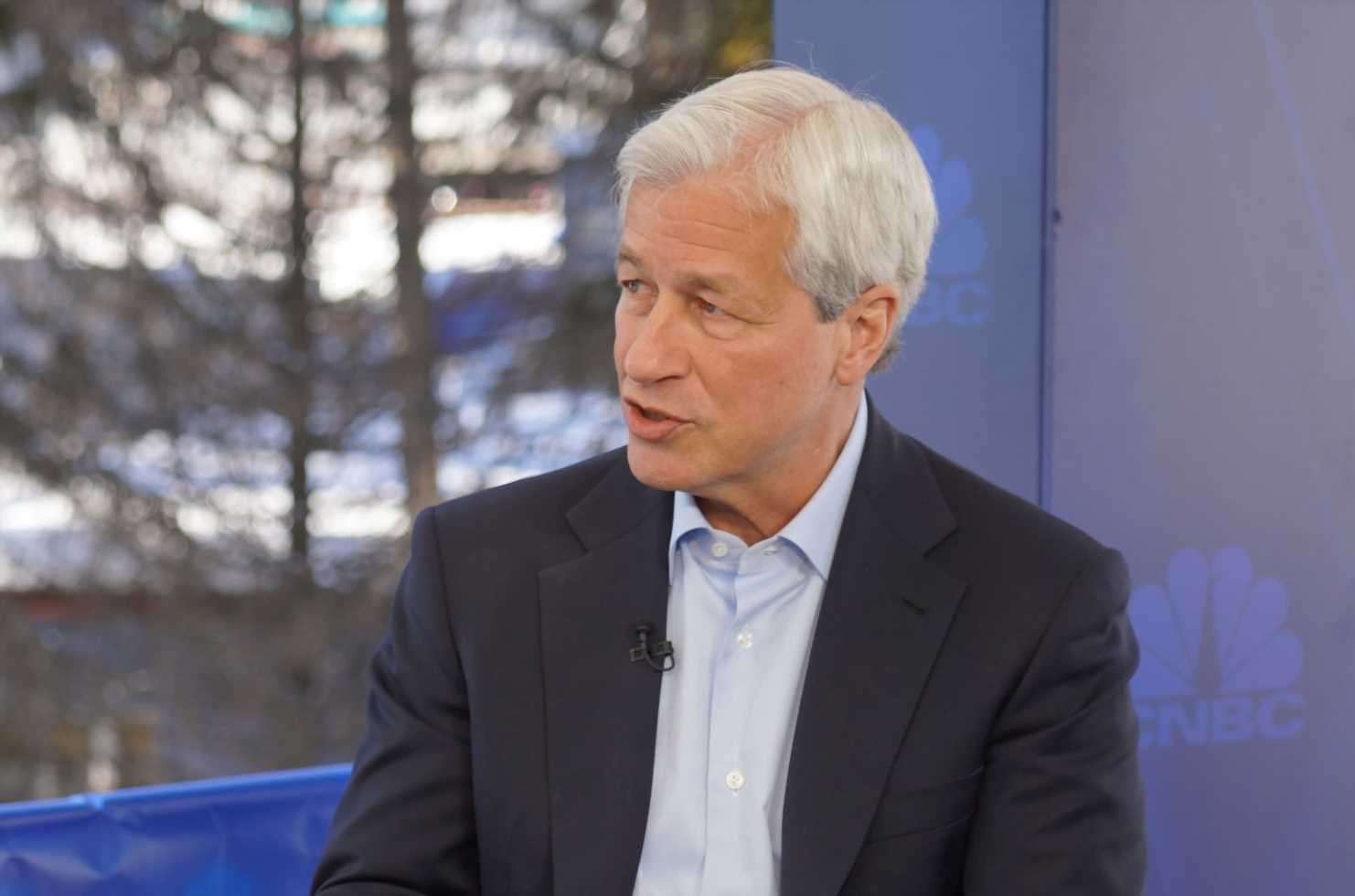