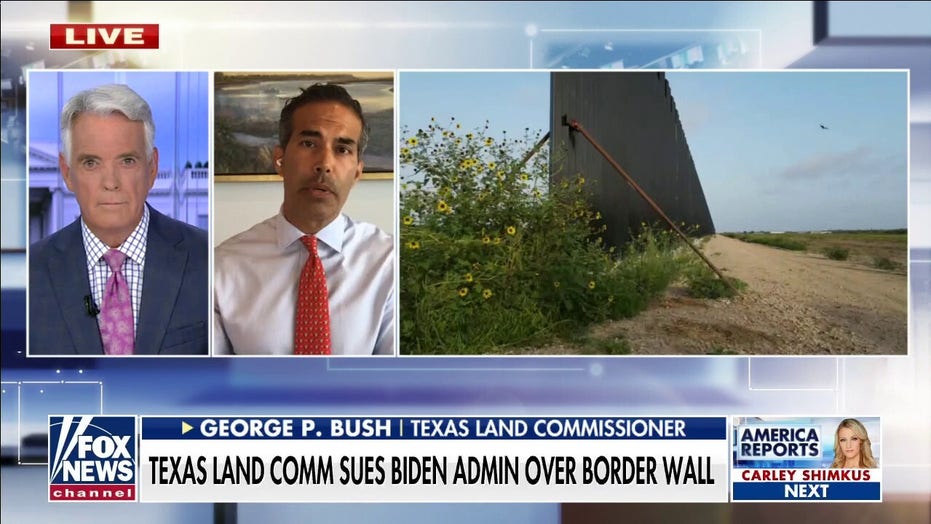 George P. Bush told ‘America Reports’ that the administration’s actions have caused economic damage to the state of Texas

Florida Gov. Ron DeSantis will be joining Texas Gov. Greg Abbott along the southern border this weekend for a security briefing.

The meeting, announced in a press release from Abbott’s office, will take place on Saturday at 2:15 p.m. in Del Rio, Texas and will provide an update from state and local officials about the ongoing surge of illegal immigrants into the state.

DeSantis, a vocal supporter of tighter immigration laws, announced last month that he would be sending law enforcement officials from his state to the Texas border with Mexico to help with Abbott’s efforts.

At the time, the Florida governor was not exact about on who would be funding that process.

“Typically, if someone would help us, you know, we would pick up some of their funding, and so that is how we would hope that it goes,” DeSantis said. “But we do not anticipate getting any federal funds.”

The situation at the southern border continues to worsen, which was emphasized by Border Patrol numbers released on Friday that show over 188,000 illegal immigrants were encountered in the month of June. That number is about 8,000 more than the month of May and brings the total number of encounters to one million in this fiscal year so far.

DeSantis is widely considered to be a top choice for the Republican nomination for president in 2024 if former President Donald Trump, who remains very popular among GOP voters, decides not to run. If Trump does run, he has floated DeSantis as a possible running mate.