Texas Rep. Dan Crenshaw and Georgia Rep. Marjorie Taylor Greene exchanged a tirade of blows on social media this week, each suggesting the other isn’t really a Republican.

The spat started after Greene responded to an interview Crenshaw gave Fox News Thursday, during which he suggested the Federal Emergency Management Agency (FEMA) should assist with COVID-19 testing shortages. 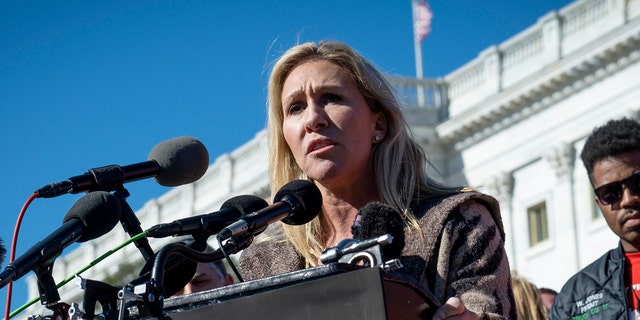 Rep. Marjorie Taylor Greene speaks during a press conference in front of the U.S. Capitol on Nov. 1, 2021, in Washington.
(Pete Marovich/Getty Images)

“No FEMA should not set up testing sites to check for Omicron sneezes, coughs, and runny noses,” Greene wrote in a social media post Sunday. “He needs to stop calling himself conservative, he’s hurting our brand.”

Crenshaw shot back against her comments in an Instagram story post, which has since expired, and said, “Hey Marjorie, if suggesting we should follow Trump policy instead of Biden mandates makes you mad, then you might be a Democrat – or just an idiot.”

Greene has repeatedly condemned federally mandated COVID-19 precautions and has downplayed the severity of the virus – landing her a permanent Twitter ban. 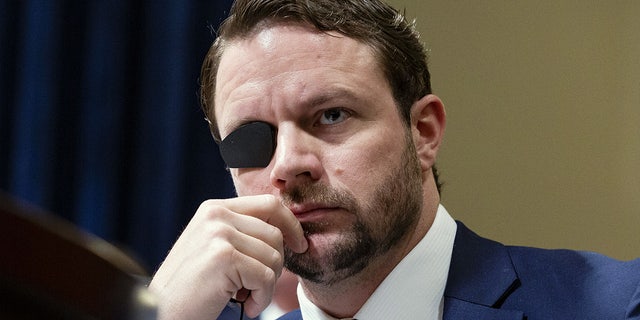 It remains unclear what specifically she posted to result in a permanent ban – though, according to Rolling Stone, Greene on Saturday tweeted that an “extremely high amount of COVID vaccine deaths” have been “ignored.”

Facebook followed suit one day later and issued her a 24-hour suspension.

Crenshaw continued the social media barbs by calling Greene’s complaints “petty and childish,” and suggested she take legislative action instead.

“She doesn’t want solutions and she doesn’t care if you get censored,” he wrote in an Instagram story. “She just wants to be a victim so she can keep asking you for campaign donations. It’s a scam.” 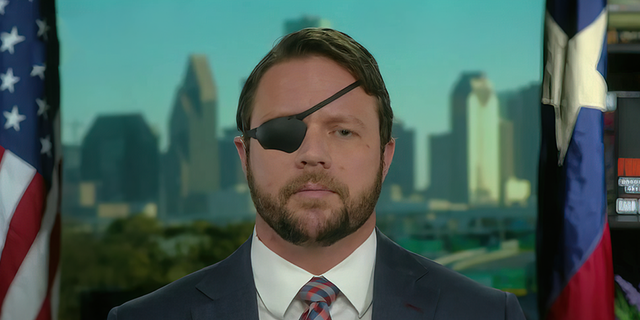 “Luckily I’ve already done all the hard work for you and drafted a bill that would change Section 230 to prohibit political censorship,” he continued. “Want to co-sponsor before I introduce it? Or prefer to keep up with petty and childish attacks? Your call.”

The pair continued to spar over missed House votes and alleged Trump allegiances.

“No thanks Dan!” she added.

Greene has alleged that Crenshaw’s legislation would not prevent censorship.

A spokesman in Crenshaw’s office pushed back on the congresswoman’s claims and told Fox News, “This bill is what conservatives have been about all along: big tech can’t be allowed to discriminate against someone online based on their political views.”

“If a social media company wants to take down an account, it can’t be because of gender, race, ethnicity or political party,” they added. “This is an important first step to prevent social media companies from discriminating against conservatives.”