Sen. Bill Cassidy, R-La., weighs in on the White House easing sanctions on Venezuela amid an oil supply crunch.

Republicans slammed the Biden administration for its move over the weekend granting a U.S. oil company a license to drill in Venezuela, a reversal of Trump administration policy.

On Saturday, the Treasury Department's Office of Foreign Assets Control announced it would grant the license to California-based energy firm Chevron in keeping with "longstanding U.S. policy" to provide sanctions relief in response to concrete actions that alleviate the suffering of the Venezuelan citizens. The move was in response to a humanitarian agreement unveiled by the Venezuelan government.

However, the GOP lawmakers argued the move was catering to Venezuelan President Nicolas Maduro and was hypocritical given the Biden administration's hostility toward domestic energy production.

"Instead of getting serious about flipping the switch for more energy production here in the U.S.—which would help lower energy costs and reduce emissions—the Biden administration continues to cede our global energy leadership to corrupt regimes," Rep. Cathy McMorris Rodgers, the ranking member on the House Energy and Commerce Committee, told FOX Business in a statement. 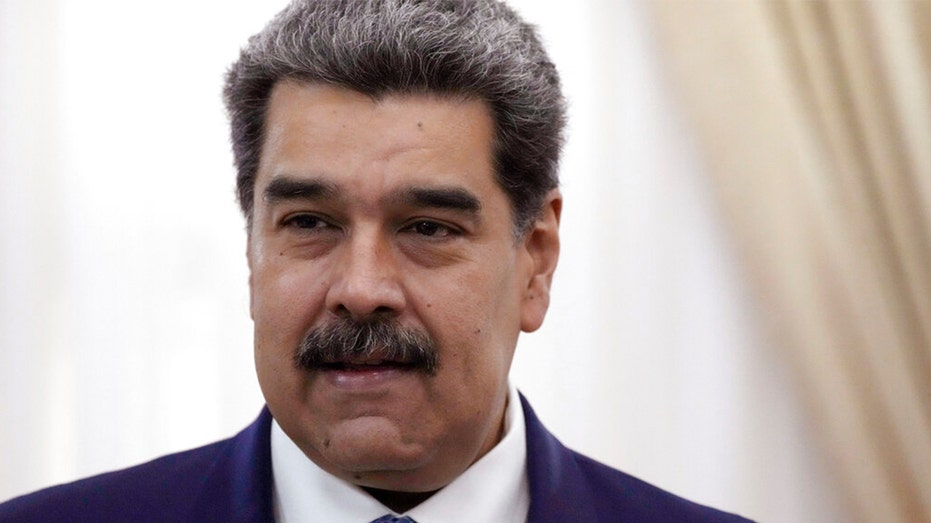 "Easing sanctions on Venezuela—a dictatorship allied with Iran—is just the latest example and harkens back to President Biden’s decision to waive sanctions on the Nord Stream 2 pipeline, which strengthened Putin and invited the attack on Ukraine," McMorris Rodgers said. "Rather than going hat in hand to our adversaries, President Biden needs to abandon his war on American energy and join Republican efforts to unleash the abundant energy resources we have right here at home."

The Biden administration's move ultimately opens the door for the U.S. to begin importing crude oil from Venezuela for the first time in nearly four years. In 2019, the Trump administration imposed heavy sanctions on the nation's oil industry after a dispute arose between Maduro and opposition leader Juan Gaido over the 2018 presidential election. The U.S. government officially declared Gaido to be Venezuela's interim president.

"Our nation needs to center on North American energy resources, not depend on dictators elsewhere in the world," said Rep. Fred Upton, R-Mich., the top Republican on the House Energy and Commerce Committee's energy subcommittee.

"They never miss an opportunity to miss an opportunity," Rep. Kelly Armstrong, R-N.D., also a member of the energy subcommittee, told FOX Business in an interview. "When you do everything you can to stop domestic production, it's a real problem."

"Even if you want to go old school Monroe Doctrine — like Western Hemisphere, this is important — I don't know why, if you're going to engage in this part of the world, you're picking Venezuela over Guyana," he continued. "In a region that is not very friendly at this point in time, Guyana is, and they have huge untapped oil reserves. Why would you reward the bad actors and hinder the good actors?"

Armstrong added that it is "unbelievably naive" to think Americans would support turning to Venezuela for oil.

Guyana, which is a small country that borders Venezuela in the northeastern region of South America, has roughly 11 billion barrels of untapped oil reserves. Companies including ExxonMobil have ramped up oil production in Guyana in recent years.

"I wasn’t surprised to learn the Biden Administration is turning to Venezuela for oil," Rep. Bill Johnson, R-Ohio, another GOP member of the energy subcommittee, told FOX Business. "The President and his team have repeatedly demonstrated they will beg any nation for oil while consistently restricting energy production here at home. Now is the time for choosing."

"The world needs energy — American energy," he continued. "This is a historic opportunity for our leaders to come back to reality, and realize that if we ruin our economy by pursuing these arbitrary ‘rush to green’ goals to achieve this ‘energy transition’ by shutting down our affordable and reliable energy resources, resource-rich rogue nations like Russia, Iran, and Venezuela will fill the void." 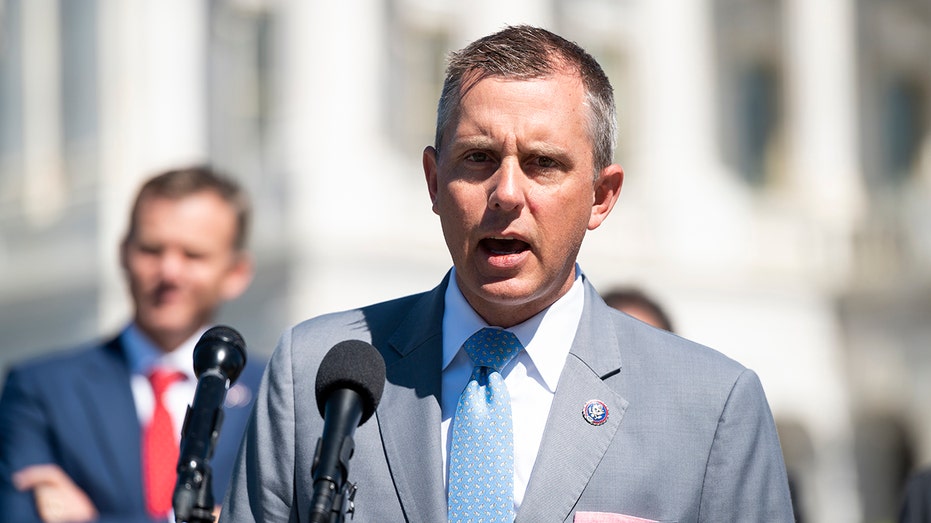 Meanwhile, President Biden has taken steps during his tenure to curb U.S. oil and gas production and fulfill his campaign promise to "end fossil fuel" as part of his broader climate agenda. For example, he has canceled oil and gas lease sales on federal lands, revoked pipeline permits and consistently appointed officials across the federal government who back green energy over traditional fossil fuels.

In response to criticism over the decision Monday, White House spokesperson John Kirby told reporters that it was inaccurate to say Biden aimed to make it easier for companies to drill in Venezuela than in the U.S. Kirby also reiterated a previous White House argument, noting that the president has issued thousands of oil and gas drilling permits since taking office.

"President Biden’s bone-headed energy policies continue to be wildly popular in Venezuela, Iran and Saudi Arabia – where these countries profit," Rep. Garret Graves, R-La., told FOX Business. "Unfortunately, it’s Americans that can’t pay the bills for fuel and utilities because our own president refuses to produce American energy and build the pipelines needed to bring prices down."

He added that the move reinforces that the White House often prioritizes foreign countries over the U.S. 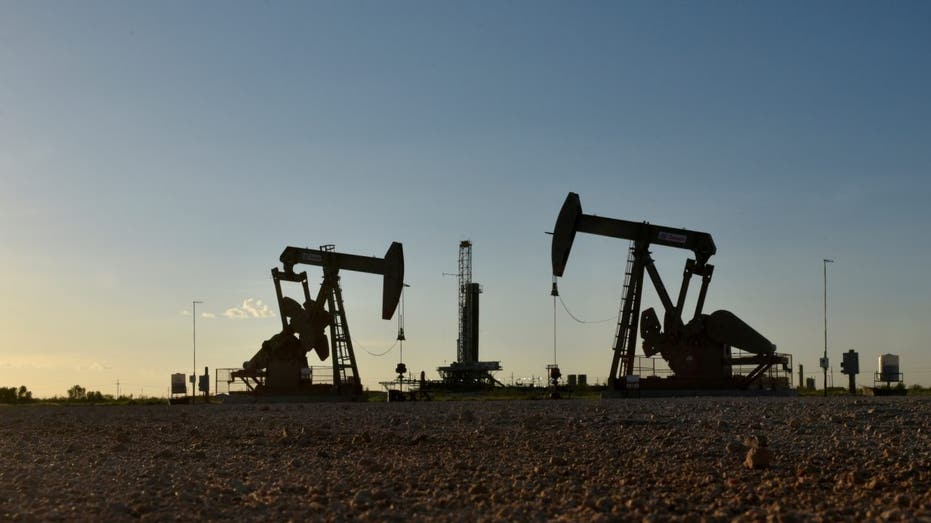 "Since President Biden’s first day in office, he has made a concerted effort to crush domestic energy production," said Rep. Bob Latta, R-Ohio. "This effort now includes lifting sanctions on Venezuela’s authoritarian regime and reopening U.S. markets to import oil from Venezuela. Instead of turning to authoritarian nations to supply our oil and gas, we should be investing in efforts to boost energy sources right here in the U.S."

"As a senior member of the Energy and Commerce Committee, and the Energy Subcommittee, we will continue pushing back on the Biden Administration’s war to throttle U.S. energy production and promoting policies that secure our nation’s energy independence," Latta added.

"It’s a national security nightmare, and one Americans will be paying the price for – both literally and figuratively – in the weeks and months to come," Hoshiko said.

"If Biden was serious about increasing access to affordable energy, he would immediately reverse his decisions shutting down pipelines and restricting development on federal lands and waters," she continued. "Clearly he has no plan other than selling out to our adversaries."

The White House didn't respond to a request for comment.