An American journalist reporting on the military coup in Burma was detained Monday just as he was boarding a plane for a trip home to surprise his parents in Michigan.

Now, Danny Fenster’s family members in Metro Detroit are working with the State Department and elected officials to get the 37-year-old released and still await any information on whether Fenster is unharmed.

“We want to establish that he is not harmed in any way and that he’s OK,” Bryan Fenster, Danny’s older brother, told Fox News. “And then we can focus on the next step. Obviously, the ultimate goal is to get him released immediately.” 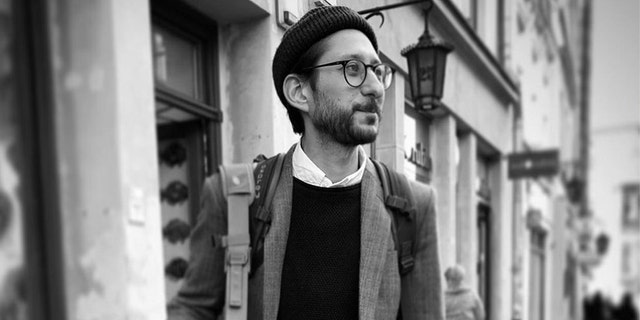 Journalist Danny Fenster, the managing editor of independent news site Frontier Myanmar, was detained Monday while trying to fly out of the country at Yangon International Airport. He is believed to be in prison.
(Bryan Fenster)

Danny Fenster, the managing editor of Frontier Myanmar, was detained at Yangon International Airport Monday as he was preparing to board a flight to Kuala Lumpur, Malaysia. It was the first leg of his journey back home to Huntington Woods, Mich., where he was to surprise his parents after being away for about three years, his brother said.

Fenster’s last known contact with family was text messages with his wife in Burma letting her know that he made it to the airport safely, passed security and was waiting at the gate to board his flight.

“And then a few minutes later, he texted her that he was detained and to call the Embassy,” Bryan Fenster, 39, of Huntington Woods, said. “That was the last she’s heard from him.” 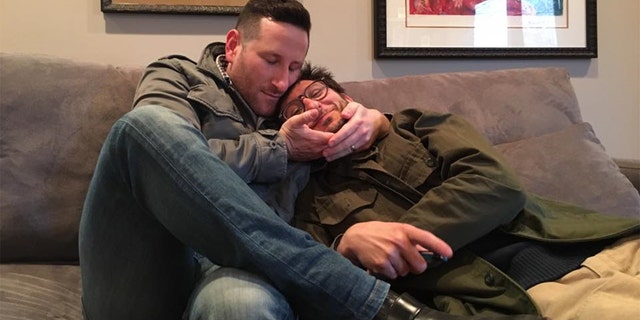 Journalist Danny Fenster, right, is pictured here with his older brother, Bryan, in April 2016 at their parents house in Michigan.
(Bryan Fenster)

Fenster’s employer said Monday that they are concerned for his well-being and believe he has been sent to Insein Prison in Yangon, a notorious facility for political prisoners. Its conditions are reportedly so inhumane that the BBC once dubbed Insein Prison the “darkest hell-hole in Burma.”

“We do not know why Danny was detained and have not been able to contact him since this morning,” Frontier Myanmar said in a statement Monday. “We are concerned for his wellbeing and call for his immediate release. Our priorities right now are to make sure he is safe and to provide him with whatever assistance he needs.”

Fenster’s wife has shown up at the Insein Prison every day this week trying to see him, but so far has been unsuccessful in making contact, Bryan Fenster said.

Complicating the uncertainty is that U.S. officials will not release any information about Fenster to his family for privacy reasons without the journalist’s consent. Bryan Fenster believes the State Department and Embassy are all working hard on his brother’s cause but “they can’t give us any information, because Danny has to consent to that. The issue is he’s being held by the military so how are we going to do that? It’s very frustrating we’re not getting many answers.”

A State Department spokesperson confirmed that this practice is typical since consent to discuss the case of a detained individual is legally required by the U.S. Privacy Act. 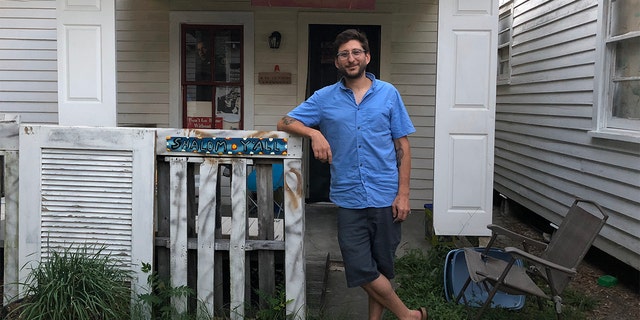 Journalist Danny Fenster, 37, is pictured in June 2018 outside his house in Lafayette, LA.
(Bryan Fenster)

Getting access to the prison is vital so Fenster can sign a legal consent form to allow the State Department to keep his family informed, Bryan Fenster said.

Meanwhile, Michigan’s bipartisan congressional delegation has rallied behind Fenster and sent a joint letter to Secretary of State Antony Blinken Tuesday urging the State Department to secure his immediate and unconditional release.

The State Department confirmed to Fox News that it is addressing Fenster’s case but declined to provide details, citing privacy concerns.

“We are aware of reports of a U.S. citizen detained in Burma,” the State Department said in a statement. “We take seriously our responsibility to assist U.S. citizens abroad and are monitoring the situation. Due to privacy considerations, we have no further comment.”

Fenster’s detention comes amid an ongoing military coup in Burma that started in February after the army ousted the elected government of Aung San Suu Kyi and arrested about 80 journalists, roughly half of whom remain detained awaiting charges or trial.

Fenster is the fourth foreign journalist to be detained: Kamayut Media editor-in-chief and fellow U.S. citizen Nathan Maung is detained at Insein Prison, and freelancers Robert Bociaga of Poland and Yuki Kitazumi of Japan were expelled. 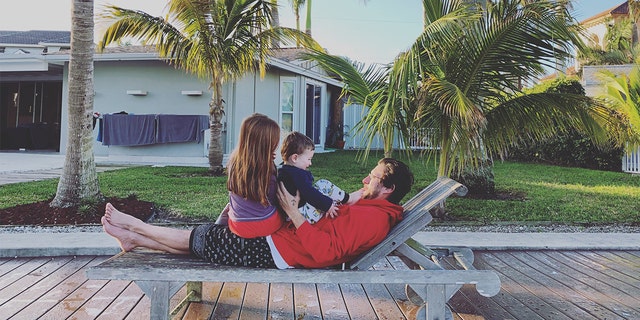 Journalist Danny Fenster on a family trip to Naples, Fla. in 2018 with his niece and nephew.
(Bryan Fenster)

Fenster, the grandson of Holocaust survivors, wanted to report on the genocide happening in Burma against the Rohingya people and the subsequent military coup against the democratically elected government, his brother said. Passionate about human rights and social justice, Fenster was committed to telling the story of Burma regardless of potential safety concerns.

“We kind of have it in our DNA,” Bryan Fenster said of highlighting the stories of the oppressed.

Fenster grew up in Huntington Woods, a suburb of Detroit, and got an undergraduate degree from Columbia College in Chicago and a master’s degree from Wayne State University in Detroit, his brother said. He felt a calling to get outside his comfort zone and shining “light on issues that need to be lit up,” Bryan Fenster said.

“He is like this mythical, stereotypical journalist,” Bryan Fenster said. “He’s got a hunger for being on the road, for being with people of different cultures, breathing it in and telling that story through … the relationships he forms and these places that he goes.”

His brother was not aware of any immediate danger to Fenster for his journalism, since his job as an editor was at a desk and not in the streets. 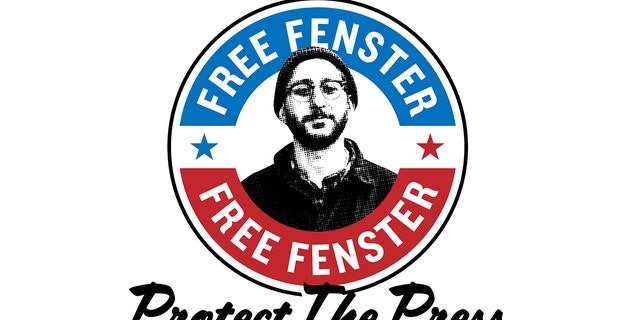 Bryan Fenster is urging people to share the social media campaign of #BringDannyHome and to contact their congressional representatives to help free his brother. He also wants to shine a light on the importance of a free press.

“Journalism is not a crime,” Bryan Fenster told Fox News. “Danny and the many other men and women are the eyes and ears for all of us to see and hear what’s going on in the world.”