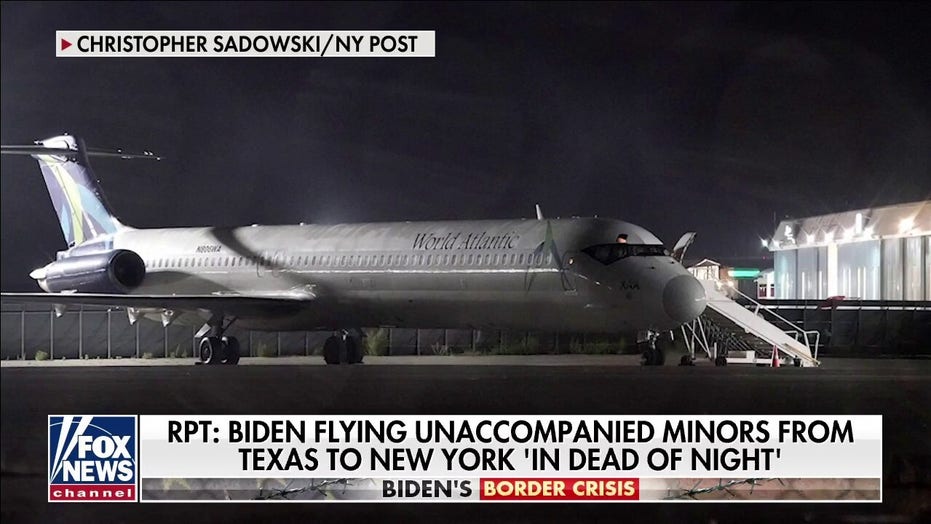 NIGHT FLIGHTS: Biden flies unaccompanied migrants from Texas to New York in the ‘dead of night’

Florida Gov. Ron DeSantis on Wednesday floated sending migrants to President Biden’s home state of Delaware, in response to the dozens of migrant flights DeSantis says have landed in Florida at the behest of the Biden administration.

“If they’re going to come here, we’ll provide buses,” DeSantis said of the migrants on the flights. “I will send them to Delaware and do that.”

“If he’s not going to support the border being secure, then he should be able to have everyone there,” he said.

The Republican governor has been ramping up his battle with the administration over migrant flights into Jacksonville. His office told The Washington Examiner that there have been more than 70 flights of migrants into the Sunshine State since the summer.

The Examiner reported that officials said the Biden administration has refused to tell the governor’s office about who is facilitating the flights and other information. DeSantis told Fox News’ “Tucker Carlson Tonight” that the flights operate in the late hours of the night at “one or two or three in the morning.” He added that the flights were “unannounced” and he was given “no notice” and thus no ability to veto the flights.

Republicans have been sounding the alarm for months on flights into the interior of the U.S. and other transports of migrants into non-border states such as Tennessee and New York.

While many single adults and some migrant families are being returned via Title 42 public health protections, the Biden administration is not applying Title 42 to many migrant families, or to unaccompanied children. UACs are being transported to Health and Human Services custody and eventually to sponsors – such as a parent already in the country – wherever that may be. 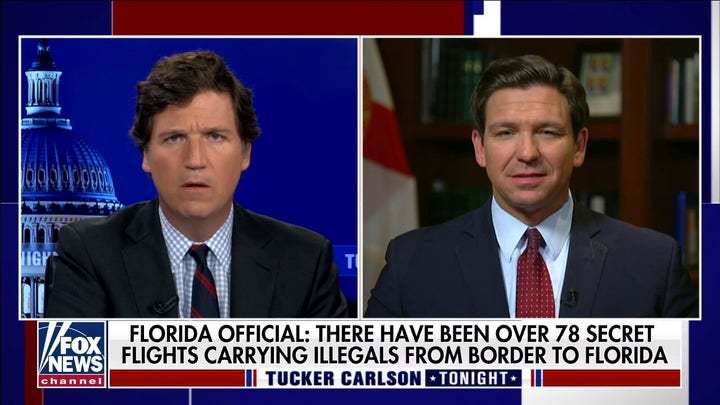 But the situation in Florida was highlighted last week when the New York Post reported that a 24-year-old Honduran national who has been charged with the murder of a Florida man reportedly entered the U.S. illegally claiming to be an unaccompanied minor.

The Post reported that Yery Noel Medina Ulloa was arrested in early October in Jacksonville after he was found covered in blood and was charged with the death of Francisco Javier Cuellar, a father of four who had taken him in.

An ICE spokesman confirmed to Fox News that ICE had filed an immigration detainer on Oct. 13 on Ulloa, who it said was an unlawfully present citizen of Honduras, following his arrest in Jacksonville for murder.

DeSantis told “Tucker Carlson Tonight” that he is looking at a range of actions to target the companies facilitating the flights into the state.

“We’re looking at what we can do. I think that they use these private contractors. So what we’re looking at is how can we fight back against the contractors. We can obviously deny them state contracts, which we will do. Can we deny them access to Florida’s market generally? Can we tax them? Can we do things to provide disincentives so they can’t do it? So we’re going to do whatever we can to do it,” he said.