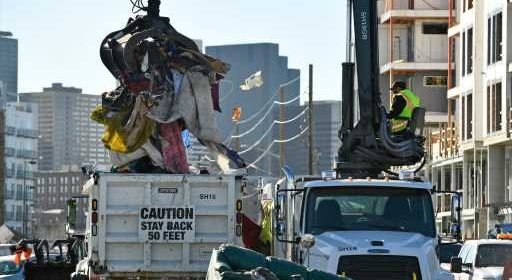 A key component of Initiated Ordinance 303, which seeks to build on Denver’s camping ban and give residents the authority to sue the city if it does address encampments on a strict timeline, was struck down Sunday night before votes on the measure have been counted as part of the Nov. 2 election.

Denver District Court Judge Darryl Shockley issued his ruling at  9:03 p.m. Sunday. He ruled in favor of the city that sued earlier this month to block a section of the ordinance that would have mandated the city must take action within 72 hours — three days — after receiving a complaint from a resident about encampments of people experiencing homelessness.

The city, in its lawsuit against Garrett Flicker, the chairman of the Denver Republican Party who brought the measure to the 2021 ballot, argued the 72-hour requirement would infringe on the city’s authority to carry out “administrative functions” of enforcing its laws.

Shockley agreed, writing in his opinion, “Mandatory enforcement of the (unauthorized camping ordinance) based solely upon complaint impinges on the necessary discretion entrusted to law enforcement to ensure that suspects are afforded constitutional protections and the UCO remains constitutional as applied.”

The 72-hour mandate would also prevent police from prioritizing responses to other reported illegal activity in the city, Shockley added.

In the same order, Shockley also ruled against a motion filed by Flicker seeking to dismiss the city’s lawsuit.

Flicker got the language of the ordinance approved on May 6. The city certified on supported collected enough signatures to get the measure on the ballot on July 28. Earlier this month, the Denver Clerk and Recorder’s Office mailed out 460,000 ballots to city voters all with the Initiated Ordinance 303 language that included the 72-hour enforcement requirements.

The ordinance has more than one component. It also would require written permission for any camping on private property and cap the number of city-sanctioned safe camping sites at four, mandating that each have amenities like restrooms and running water.

By invalidating the 72-hour enforcement requirement, Shockley took the teeth out of the measure. It would have granted residents the power to sue the city if officials did not take action against an encampment within that 72-hour window. Now the timeline the lawsuit authority hinges on has been nullified.