The conversation got heated at times as they discussed Mr Johnson’s actions regarding Brexit, immigration and Covid. On Tuesday, Boris Johnson stepped down as leader of Britain with a “typically bullish speech” according to Dan Wootton in which Mr Johnson gave a “robust defence” of his time as Prime Minister.

The GB News presenter posed the question “Did Boris Johnson make Britain a better country?” to his guest panellists which included Louise Mensch, a former Conservative MP, Kulveer Ranger, a former advisor to Mr Johnson and Narinder Kaur, a broadcaster.

Boris Johnson gave a speech in which he spoke about his time as leader of Britain.

GB News showed a clip of the former Prime Minister, who said: “I’m proud to have discharged the promises I made to my party when you were kind enough to choose me.”

Mr Johnson then listed his accompaniments, which he said: “Winning the biggest majority since 1987, the biggest share of the vote since 1979. Delivering Brexit, delivering our manifesto commitments…including reforming social care…ensuring that Britain is once again standing tall in the world.”

Presenter Dan Wootton proposed that Britain is “battling” the cost of lockdown crisis, lawlessness and a “crumbling” NHS, and asked his panellists if they agreed that the outgoing Prime Minister made a positive impact on Britain. 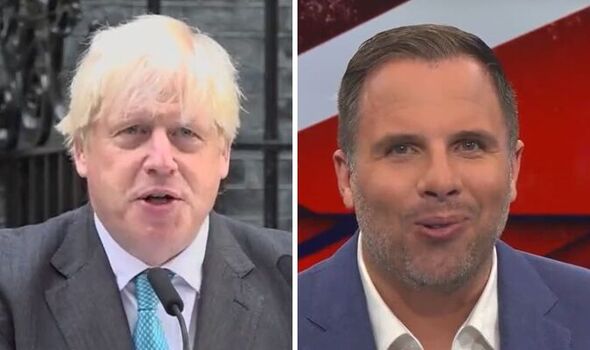 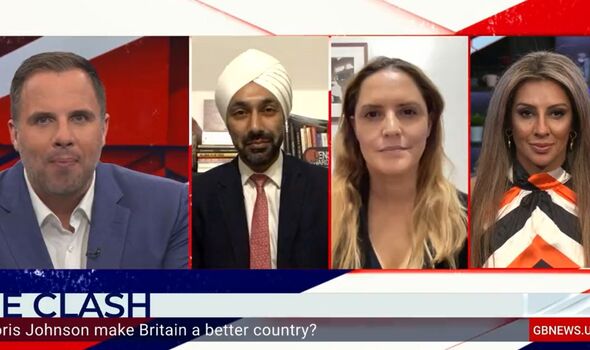 Louise Mensch, spoke positively of Mr Johnson, and said: “How many Prime Ministers, having just won a fantastically large election victory, came in and faced the kind of problems that [Boris Johnson] did?

“I honestly think we can say that Boris Johnson literally made Britain better, much to the annoyance of Donald Trump.”

She added: “Boris Johnson got us the Covid vaccine before anyone else, and he really has dealt with an unprecedented crisis. He has been a really strong wartime leader…and Boris can’t help the enormous problems he had to deal with.”

“When we look back on it, we’ll think Partygate was a trivial thing,” to which Mr Wootton agreed, and called the Partygate issue “ridiculous”. 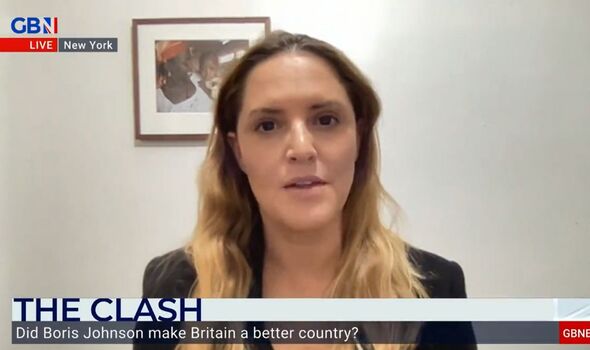 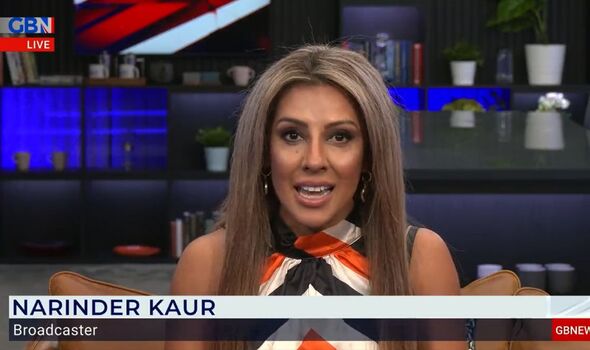 He said: “Narinder when you listen to that from Louise Mensch, it’s hard to argue that Boris on the whole…changed Britain for the better.”

To which Ms Kaur replied: “Oh my goodness Dan, what planet are you and Louise living on?

“How did he change Britain for the better? He was a dithering, dishonest, lying, scandalous leader. He’s left Britain in tatters.”

In regards to the Covid vaccine, Ms Kaur said it was “one little thing he did, and that was on the advice of the scientists”.

She said: “What’s happening with Brexit? You’ve got more illegal immigration than ever before. What exactly has Brexit achieved?” 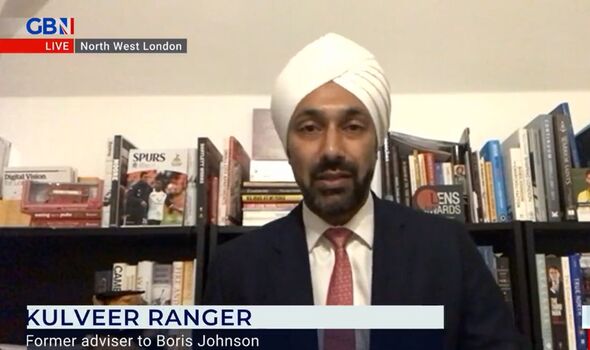 The broadcaster added: “I’m sorry, but Brexit has not delivered. More people who voted for Brexit are now regretting it.”

Mr Wootton then asked the former advisor Kulveer Ranger his opinion, and said the presenter added that Ms Kaur had “made a fair point there”.

Mr Wootton said: “I disagree with most of what she said, but unfortunately, Boris is going to have to accept that he did not stop the illegal migrant crisis and what is now, I believe, a national emergency on the Channel.”

He said: “Dealing with Covid and getting ahead of the vaccine placed us in a position globally to come out of this economic catastrophe in better shape.”

Later on in the panel, he added: “Let’s not forget that Brexit has positioned us, with our trade agreements…look, at the energy crisis, we can see countries deciding as a national basis how they will secure their energy supplies, we are ahead in that conservation.”