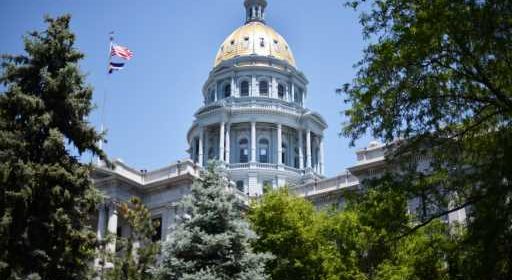 The 2022 legislative session, set to begin Jan. 12 and run through early May, may not be a post-pandemic return to normal, but legislative leaders say they plan to start on time and get to work as soon as possible.

Some precautions will carry over from last year and House Speaker Alec Garnett, a Denver Democrat, said leaders will continue to monitor the situation as omicron surges in the state.

The pandemic will not only affect how the session will run but the type of legislation considered, including how to spend one-time federal relief dollars as well as state money on affordable housing, jobs, education and mental health. Lawmakers also expect to bring bills related to wildfire mitigation after seeing the devastation caused most recently by the Marshall fire.

“There have just been such swift changes over the last couple of years here in the state and what I want folks in Colorado to know is that we hear you and we’re going to do everything we can to help alleviate some of the concerns that you have,” Garnett said.

This session is assured to get interesting — uniquely so from prior years, in several key ways. Here’s a look at five things Coloradans can expect out of their state Capitol in the coming months.

Think back to a year and a half ago: Colorado lawmakers slashed billions in state spending across all corners of the budget, as they braced for a years-long recession that would cripple existing state programs and services and generally wreak havoc across the economy.

Quite the opposite has happened. Buoyed by stronger-than-expected tax revenues during the pandemic, then boosted by multiple rounds of federal stimulus, the state economy is relatively humming at the moment. Most of the benefit there has gone to wealthier people and to corporations, but the state budget deals in bottom-line totals and is indifferent to how and why it’s getting money. And this year, in particular, there’s going to be a lot of it.

Lawmakers expect to spend about $40 billion in the state budget for the 2022-23 fiscal year, a 4% increase from this fiscal year and a state record. There are endless possible effects of this swell, but one overarching truth is that the legislature will have much more money to play with — that is, to put to new or expanded programs, including those created by forthcoming legislation — than usual.

“In a typical year,” said Joint Budget Committee member and state Sen. Chris Hansen, a Denver Democrat, “we might have $300 million or $400 million of discretionary spending decisions to make. This year we basically have $4 billion.”

Some of this money will be earmarked for specific purposes; lawmakers plan to spend some $400 million to increase housing affordability, for example. But there will also be plenty left over to allocate on smaller items. Look for virtually every lobbying interest at the Capitol to seek some extra bucks this session, and look for lawmakers to have some tough conversations about what actually deserves funding and at what level.

Deciding what should happen with Colorado taxpayer refunds

When Colorado’s economy is doing well, as it is now, the state must refund taxpayers. That’s a function of the Taxpayer’s Bill of Rights, the voter-approved fiscal device unique to this state.

The better the economy, the higher the refunds. And over the next few years, the refunds are projected to soar to historic highs of about $2 billion in each of the next three years, spread out largely among about $400 — give or take, depending on your income — checks to single filers, and higher checks for joint filers.

That is a ton of money for the government to give back, and Democrats on the Joint Budget Committee months ago declared an intent to rearrange state monies in order to reduce, if not eliminate, the amount of money the state is required to give back. If they go for it this session, they’re certain to run into heavy opposition from Republicans and probably some opposition from Polis, too.

There are a few reasons Polis, a Democrat, might break from his party members on this front. For one, he’s a lot more conservative than most of them, and very often stands apart on fiscal matters. Another possible motivator could be the upcoming election.

What 2022 midterm elections mean for Democrats and Republicans

Democrats have been running up the score in Colorado politics for more than a decade now, with only occasional setbacks. This state, long regarded as purple, has trended bluer and bluer this century, to the point that Democrats now control both chambers of the legislature; the offices of the governor, attorney general, state treasurer and secretary of state; both of the state’s U.S. Senate seats and a majority of its U.S. House seats; and the board controlling the state university system.

Party operatives are confident, but they also aren’t taking anything for granted heading into the 2022 midterm elections. Colorado Republicans could well make up some ground if the midterm environment is sufficiently unfriendly to Democrats. There’s almost no chance they win back the state House — they have only 24 of the 65 seats there — but the Senate, now at 20-15, only needs three D-to-R flips to change hands. A serious red wave could also imperil the reelection chances of statewide officials.

Sen. Paul Lundeen, a Monument Republican who is on the Senate Majority Fund — the caucus’ political arm to get a Republican majority in the Senate — said the Independent Legislative Redistricting Commission’s maps have made districts more competitive and he believes new conservative candidates will be able to help the GOP take more seats.

“I think they created something that would be better than what we would have gotten had the process remained political like it was before — the Democrats drew the map 10 years ago. … It’s going to be a very interesting next 11 months as we run up to the election to see how that all plays out, but do I believe Republicans can flip the Senate? Absolutely,” Lundeen said.

Democratic lawmakers privately admit they expect to play it a little safe this session, with fewer big-ticket controversies than in years past. No surprise there, if that happens; all 65 House seats, half the Senate seats and all four state constitutional offices, among many other jobs, are up in November.

How the debate over Colorado violent crime rates will affect lawmaking

Though there will no doubt be bills related to criminal justice this legislative session, sweeping police and court reforms may be off the table this year. Many lobbyists, law enforcement leaders and lawmakers have told The Denver Post they expect reformers will have a harder time selling Polis — not to mention some of their own colleagues — on big changes this year, with violent crime up and Republicans seeking to paint Democrats as soft on crime heading into the election.

House GOP Minority Leader Hugh McKean cited this as one of his top priorities for the 2022 session, saying he wants to ensure police have the proper tools they need for enforcement, including the money to implement prior mandates such as the law passed requiring body cameras, and the resources for mental health co-responder programs.

“What we’re seeing now is a huge rise in crime, partly because of COVID, partly because of inflation, but also because it doesn’t take long for the word to go out that you won’t have to face a lot of accountability for some crimes — some less than others — and so I think that’s going to be critical for us to do something about it,” McKean, a Loveland Republican, said.

Democrats also say addressing “pandemic-induced” crime is a priority for them, though their approach to solving it may look different. Senate President Leroy Garcia, a Pueblo Democrat, is advocating for proposals that would provide grants to local governments for crime prevention programs and community-based solutions to homelessness and substance abuse disorders, for example.

Despite a year that may not include as many sweeping reforms, Colorado lawmakers are each entitled to bring at least five bills. This rule essentially guarantees some controversial proposals every single session. That doesn’t mean all or even most will become law, but it does mean that legislative leaders and the always-hands-on Polis have little control over the exact content of 2022 debates at the Capitol.

And even in a year widely expected to be calmer than usual, there are always big-ticket items to debate.

Colorado, like other states, will be looking at abortion rights

One of those contentious issues revolves around the national conversation about abortions. Colorado is often lauded as a state that doesn’t have gestational restrictions on abortions, but one that also doesn’t have a law that codifies abortion as a right either. The state became the first to liberalize its abortion laws, six years before Roe v. Wade.

For years, advocates have said that Colorado didn’t need to change that (aside from laws passed to make access to reproductive care, including abortions, easier). But with a six-member conservative majority on the U.S. Supreme Court and state laws passed across the country restricting abortions, Colorado Democratic lawmakers said they don’t want to take a chance.

They plan to bring a bill that would ensure abortions remain legal in the state even if Roe v. Wade is overturned. Although some Republicans are urging a wait-and-see approach based on what the U.S. Supreme Court does, Democrats are forging ahead — and they have the upper hand.

The Colorado Legislature regularly sees its share of failed attempts to restrict or ban abortions in the state. Advocates expect these types of bills to ramp up this year, even with voters rejecting these types of bans at the ballot box.