Chicago Mayor Lori Lightfoot, the city’s police department and the Civilian Office of Police Accountability each faced sharp criticism Friday in a report about a botched police raid, according to reports.

The February 2019 raid forced an innocent woman to stand naked in front of a dozen male officers – and cost the city nearly $3 million in a legal settlement, the reports said.

The report by the city’s Office of the Inspector General said it uncovered several “unfounded statements” made by Lightfoot and others over the raid, in which Chicago police followed a bad tip to the wrong home in search of a suspect.

Instead, they encountered Anjanette Young, an innocent woman who was changing her clothes to get ready for bed inside her apartment when police entered, the Chicago Sun-Times reported.

Young was handcuffed naked while officers searched her apartment in vain and wasn’t allowed to get dressed for at least 10 minutes, the newspaper reported. She later sued the city for $2.9 million. The city settled with her last month.

Besides Lightfoot, a spokesperson for her office and the head of the police accountability office also were found to have made misstatements, the 164-page report said, according to the Chicago Tribune. 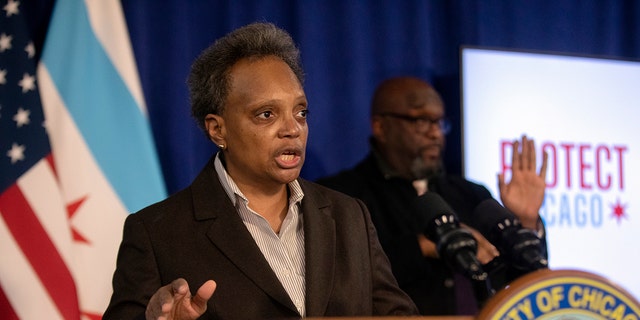 A lawyer ordered the footage given to Young’s lawyer, who then turned it over to WBBM.

‘You’ve got the wrong house!’

“You’ve got the wrong house! I live alone!” Young can be heard in the footage, which was eventually aired by the station in December 2020.

Lightfoot at first claimed she hadn’t heard about the raid until it was reprted on TV but she later admitted she had been sent an email about it in November 2019.

She emailed at the time she had a “lot of questions” about what the aide had called a “pretty bad wrongful raid.” 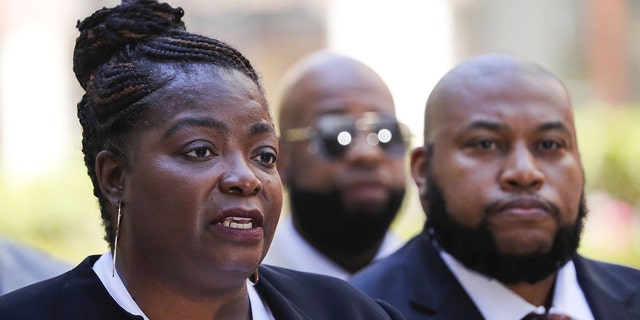 Anjanette Young, left, and attorney Keenan Saulter speak out in June on their efforts to resolve her case against the city of Chicago. That effort took six more months, with the City Council approving a settlement on Wednesday, Dec. 15, 2021.
(Getty Images)

The IG report said Lightfoot’s statements lacked the “appropriate due diligence and fact-checking,” and created an “incomplete and inaccurate depiction to the public and the media of the city’s prior discussions of the wrong raid,” regardless of whether she may have forgotten she had been told about it.

A number of city employees also didn’t report the botched raid to the office of police responsibility in a timely manner, the report said.

Further, it said the city failed in its response to Young in the aftermath of the raid, “failed to act with transparency” and prioritized public relations over the “higher mission of government,” according to the Tribune. 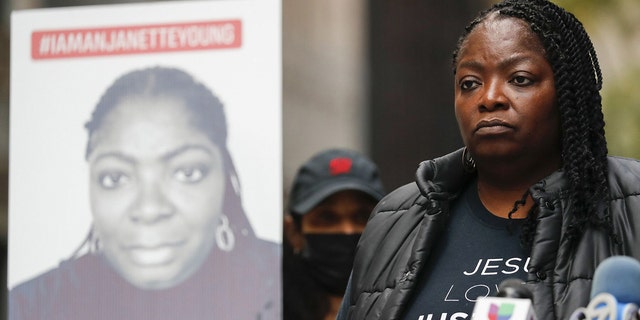 Anjanette Young and supporters gather at Daley Plaza in Chicago after marching from Federal Plaza to commemorate the National Day of Protests on Oct. 22, 2021.
(Getty Images)

The report, however, didn’t recommend any disciplinary action because of concurrent investigations.

Another investigation by a law firm that was ordered by Lightfoot also found city officials “did not live up to the public service mission” after the raid.

Lightfoot’s office in a statement said in part: “OIG was and remains silent on its own role in handling Ms. Young’s case … The fact that the OIG has opined about the conduct of other departments, but not itself undermines the legitimacy of the OIG and work on this matter and, we fear, other important OIG work,” the Times reported.