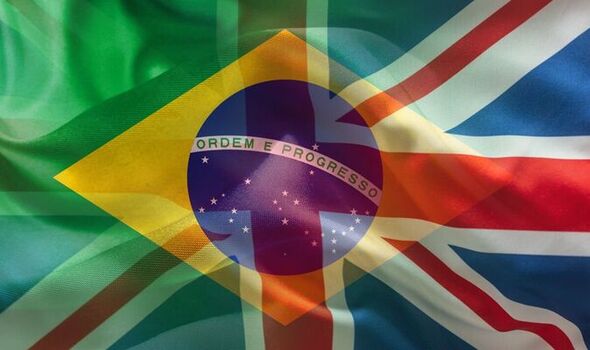 The UK has struck a “double tax deal” with Brazil which has opened up the opportunity for the two countries to strike a major trade deal. The agreement means that profits made by a company in one country cannot be taxed again in the other and opens the door for investment and new trade.

Dudley North MP Marco Longhi, the trade envoy to Brazil, said: “A major trade achievement has slipped by unnoticed this week. More export and trade means securing more jobs, and for jobs to become more secure. At a time of economic uncertainty this should be celebrated even more.

“At US$1.9 trillion Brazil is the 9th largest in the world but trading with the country has been notoriously difficult and unattractive.

“Following years of lobbying and a final push by HMRC and Brazil’s equivalent body (Receita Federal) a Double Taxation Agreement was formally signed this week. This means that businesses in either country trading with the other will only be taxed in one country – not both countries as has been the case until now.

“The removal of this double-tax trade barrier will mean many more jobs and wealth creation for both the U.K. and Brazil, and it is a major milestone towards any future trade deals.

The significance of the agreement was also highlighted by Melanie Hopkins, the UK’s acting ambassador to the country in a Twitter thread.

She said: “We celebrate one of the most important achievements of the trade relationship between Britain and Brazil in recent years. Signing a Double Taxation Agreement (DTA) is fundamental to prevent income from commercial transactions from being taxed twice: in the UK and again in Brazil.

“For many years, we’ve heard from businesses that paying taxes twice makes trade more expensive. In 2017, we started exploratory dialogues with Brazil to move forward with a treaty. The agreement signed today will change that bringing benefits for both countries’ economies!”

She went on: “The tax certainty and predictability provided by the DTA will boost trade between Britain and Brazil, strengthening our bilateral relationship. Our companies will spend less money doing business in both the UK and Brazil! I thank both technical teams for their efforts.

“This agreement should help generate jobs and prosperity for Britain and Brazil. To enter into force, it depends on the approval of the Brazilian Congress and British Parliament. We are looking forward to working with Brazil for quick ratification. Fewer tax barriers = + trade and + progress!”

Brazil is one of the so-called BRICKS countries which are the future areas of massive economic growth.

The UK is already taking advantage of other ones with its deals with members of the Comprehensive and Progressive Trans Pacific Partnership (CPTPP) and application to join the group.

The Brazil deal has only been made possible by Brexit and offers a massive opportunity for the UK going forward according to its advocates.