An amendment to the legislation is being tabled by Tory backbencher and Remainer Sir Bob Neill which he said would impose a “parliamentary lock” on any changes to the Withdrawal Agreement. Legal experts have suggested the amendment could be a “Trojan horse” because it offered the Government flaws and loopholes to exploit, Sky News deputy political editor Sam Coates said.

Sir Bob, chairman of the Commons Justice Committee, consistently opposed Brexit and was one of 11 Tory MPs who defied the Government in December 2017 voting in favour of guaranteeing Parliament a “meaningful vote” on any deal which Theresa May agreed with Brussels.

Sir Bob told Times Radio: “We are not natural rebels. We’ve all served as ministers, we know that this is a serious job, and we do our best to take the job seriously. So we don’t do anything like this lightly. 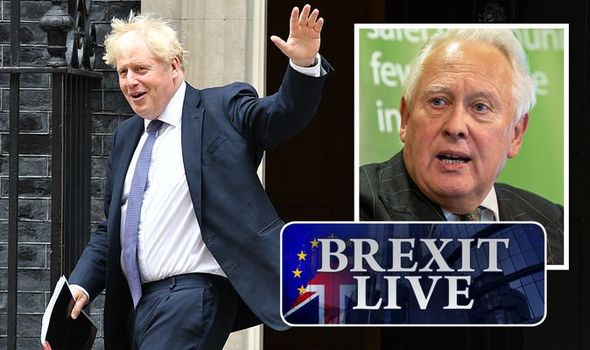 “So I hope it’s at least an indication as a Government that really, you need to think very hard and carefully about going down this route. For heaven’s sake, try and find some other way.”

On the other side of the Tory divide, Sir Bernard Jenkin, a member of the strongly pro-Brexit European Research Group, has also voiced his concern at the Government’s tactics.

He said Mr Johnson “should be more mindful of the reputational damage of playing such hardball”.

[SCROLL DOWN FOR REGULAR UPDATES] 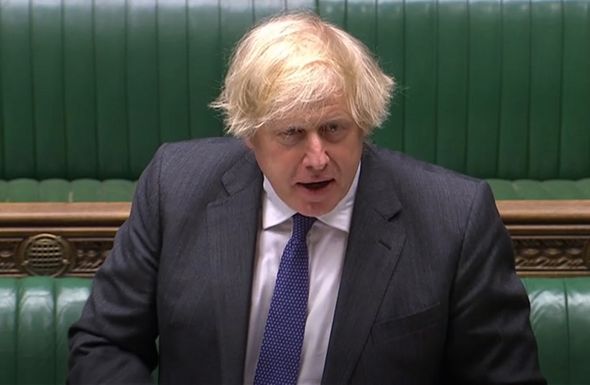 7.45am update: Tories give Boris Johnson FIRM revolt warning – ‘Find some other way!’

Boris Johnson has been warned to “find another way” by Tory MPs and peers who are furious at his plan to override parts of the Brexit withdrawal agreement.

A group of Conservative MPs is planning to table an amendment to the Internal Market Bill, blocking the Government from superseding the withdrawal agreement without Parliament’s consent.

The amendment is being tabled by Sir Bob Neill with support from Damian Green and Oliver Heald, both former ministers.

ASX DLT Transition To Be Delayed Further Due To Capacity Upgradation
We and our partners use cookies on this site to improve our service, perform analytics, personalize advertising, measure advertising performance, and remember website preferences.Ok