‘Brexit is a serious mistake!’ EU MEP attacks Leave voters – ‘nobody knew what it meant’

Brexit Britain 'is not in competition with the EU' says expert

Addressing his colleagues in the European Parliament ahead of MEPs’ vote on the UK-EU Brexit withdrawal agreement, the Austrian MEP claimed Brexiteers “didn’t know what they meant” when they voted to leave the bloc in 2016. He blasted: “Brexit is a serious mistake and it is the weakest in society who will suffer from this mistake.

“It’s not the millionaires who pumped money into the Brexit campaign.

“But we have to recognise the decision after all these years and that is why today is the day for us to look forward.

“The EU-UK trade and cooperation agreement is the best option on the table.

“This post-Brexit agreement is the best way to soften the blow for working people and businesses. It’s not an end it’s a beginning. 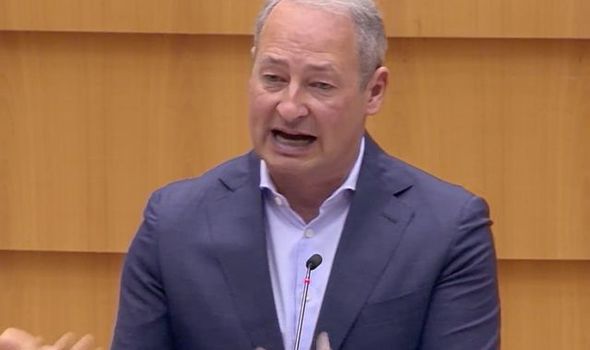 “It’s a basis for a future and just relationship.”

He added: “This has been a mistake but we must recognise and respect this error that has been committed and we must pursue damage and limitation.

“The EU wanted a closer relationship but it wasn’t possible, the UK Government and the Tories just wanted Brexit at any cost.

“Nobody knew what that meant. And frankly even the present UK Government doesn’t really know what they meant and what they want.”